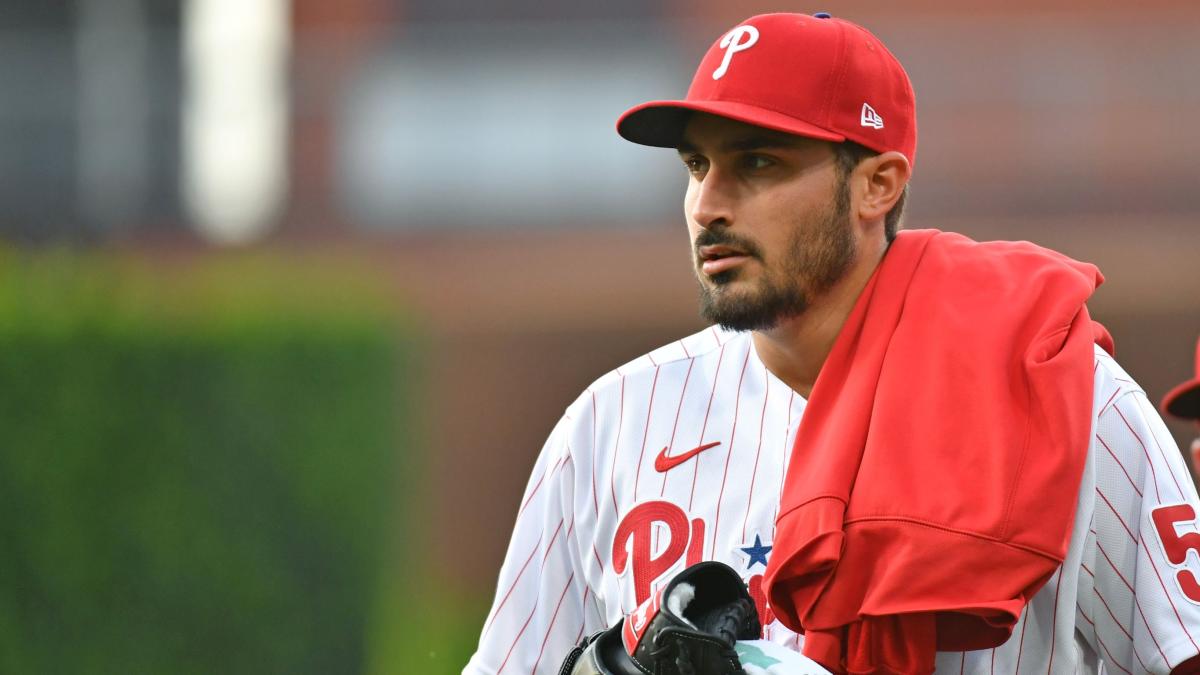 MIAMI — The night of June 25, albeit painful, was one of the most memorable of this Phillies season. Cup your hand around your ear and you can still hear the sound of Blake Snell‘s up-and-in fastball breaking Bryce Harper‘s left thumb.

The injury sent Harper to the injured list for two months. He is still getting his timing back at the plate and took a huge step toward doing that when he stayed back on a full-count changeup from Edward Cabrera and drove it over the wall in left-center for the Phillies’ first run in a 6-1 win over the Miami Marlins on Wednesday night.

Coincidentally, June 25 was also the night the Phillies lost a key member of their starting rotation as Zach Eflin succumbed to pain in his surgically repaired right knee and landed on the injured list. He stayed there for nearly three months, not knowing if he’d pitch again this season.

“There was a lot of uncertainty,” the 28-year-old pitcher said. “It was a pretty rough few months for me.”

While Harper was finding his timing — he admitted that he’s in a good place when he’s driving the ball to left-center — Wednesday night, Eflin was making an inspiring return to relevance for the Phillies, just as the team was gearing for a final push to its first postseason berth since 2011. The tall right-hander, in his first big-league work since that dark, June 25 night in San Diego, came out of the bullpen and retired the Marlins 1-2-3 on 11 pitches, eight of which were strikes.

Eflin had enough in his tank to go another inning, but manager Rob Thomson preempted any thoughts of that. He met Eflin at the bottom of the dugout steps with a smile and an extended hand, as if to say, “That’s good enough. Welcome back.”

Eflin got a groundout, a popout and a strikeout. He threw sliders, a curveball and his favorite pitch, the sinking fastball. He froze Brian Anderson with the pitch in getting a strikeout to end the eighth. The pitch was paint, as they say, outside corner, 94 mph with a sweet little tail.

Mature, earnest and kind-hearted, Eflin is a favorite in the Phillies’ clubhouse, has been since he stepped in the room in 2016. His teammates were elated for him after he made it back Wednesday night.

“I was proud of him,” catcher J.T. Realmuto said.

Eflin was happy for himself, too.

“It felt awesome,” he said of the experience. “And not only did it feel great, I felt great, better than I ever have, honestly. I’m happy to get out there and get my feet wet again.”

Eflin won’t be available for Thursday night’s game. Team officials want to see how he bounces back, how his knee feels after returning to big-league action Wednesday night.

If he responds well, as is expected, the Phillies will have found themselves a very intriguing and potentially valuable weapon for the final three weeks of the regular season and beyond. After three months on the shelf, Eflin won’t be ready to take down typical starter’s innings, but that doesn’t mean he won’t be able to provide quality innings.

“I see him as a Swiss Army knife,” Thomson said. “He could open a game for somebody or give you a little length in the middle of a game.

“And if one or two late-inning guys are down, I have no problem using him.”

Realmuto raved about Eflin’s stuff after Wednesday night’s game. He believes Eflin can help in any role.

“You saw it tonight, the way the ball was coming out, he was sharp,” Realmuto said. “He can be whatever Thoms needs him to be, a guy who pitches two or three innings and shuts a team down if a starter doesn’t go deep. He also has the stuff to pitch late in games if we have a one-run lead.

Eflin is excited about the possibility of helping the Phillies make the postseason for the first time since 2011. He has a unique place in franchise history. He came to the organization in December 2014 as part of the return in a Ruben Amaro Jr.-engineered trade that sent club icon Jimmy Rollins to the Los Angeles Dodgers. It was the first trade that the team made when it finally consented to a full rebuild after the glory years of 2007-2011 had faded away.

Eflin debuted with the Phillies as a 22-year-old in 2016. He’s endured three surgeries on his knees and more than a few losing seasons. His contract has a mutual option worth $15 million for next season. It’s difficult to see the Phillies picking up the option after another injury-plagued season. Eflin could become a free agent in November, maybe to return on a reworked deal, maybe to go somewhere else.

But all that is down the road.

There are 20 games left in the regular season, more than enough time for him to help the Phillies clinch a playoff berth and earn a spot on the 13-man postseason pitching staff. That’s where it all is for Zach Eflin right now.

“It would mean the world to me,” he said of contributing to the Phillies’ playoff ride. “I’ve been here parts of seven seasons and a couple of years we were within a game or two of making the playoffs, but this is kind of a different story. We’re looking good, playing good baseball. We’re in mid-September and we need guys to step up and capitalize on this situation, so if my name is called, I’m going to do everything I can to be that guy and pitch shutout innings, do anything I can for the team.

“You grew up as a kid dreaming of situations like this and I’m ready for the opportunity.”