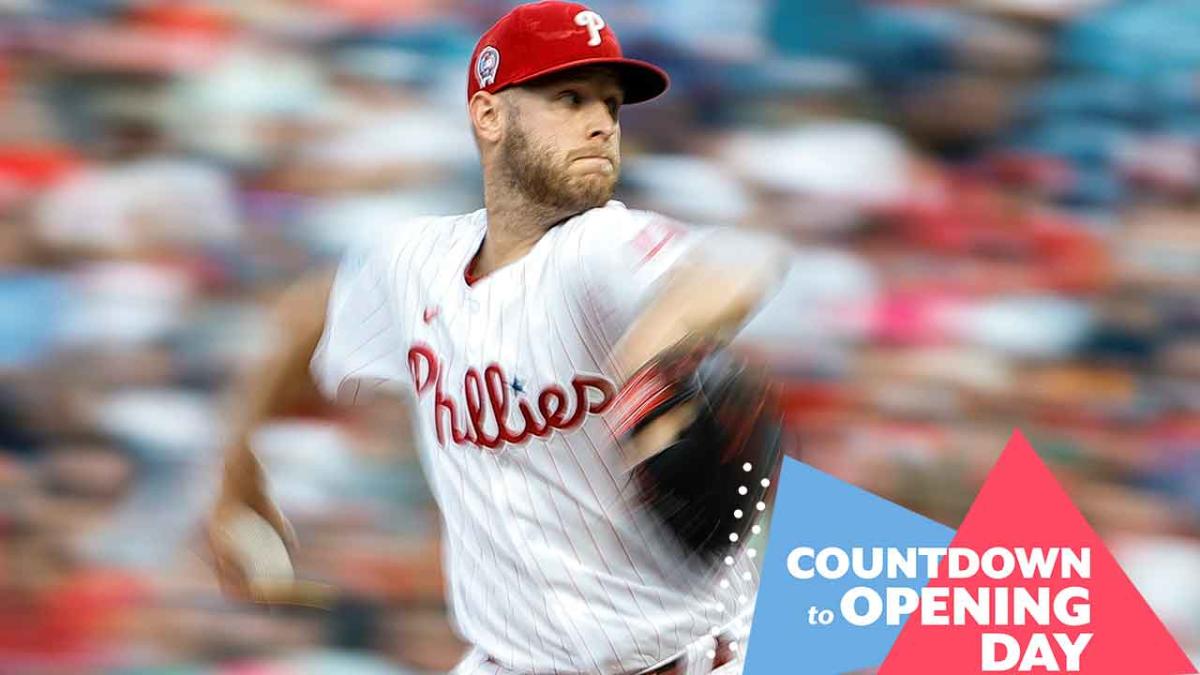 CLEARWATER, Fla. — Objective No. 1 in Phillies camp Saturday was to get Zack Wheeler on a mound and have him face two innings’ worth of hitters.

Ideally, it would have happened up the road in Dunedin, against the Toronto Blue Jays‘ formidable bat rack, but when the weather apps started calling for afternoon rain, Joe Girardi decided to take no chances.

Wheeler’s outing was moved to a late-morning intrasquad game featuring minor-leaguers who will soon make up the Single A Clearwater club.

Everything checked out fine for Wheeler during a 45-pitch effort.

“I got good quality reps,” he said. “Coming out of it healthy is my biggest thing right now.”

Wheeler will repeat the exercise again Thursday and be ready to make his regular-season debut April 12, in the fifth game of the season, against his old team, the New York Mets, at Citizens Bank Park.

Wheeler will make that start without having faced big-league hitters since September 28. The Phillies wanted to go slow with him early in camp after he led the majors with 213⅓ innings last season. Then he came down with the flu and that pushed him back a little. Then the threat of rain changed things Saturday …

“It’s not ideal,” Girardi said. “But we haven’t had an ideal spring training in three years.”

Because he hasn’t completed an ideal spring buildup, Wheeler’s first start or two might be shorter than normal. The veteran right-hander is confident he’ll be ready.

“I don’t think it matters,” he said of not pitching in a Grapefruit League game. “I’ve been communicating with them the whole time and I’m pretty honest with them, so if I’m feeling like I’m ready and I’m not going to hurt the team, I’ll do that. How I’ve been pitching and how the ball is coming out of my hand — if I can feel like the slider is there and the cutter is there, those are tricky pitches to throw, so if I feel it’s coming out of my hand good and I have control of it, I think I’ll transition into the game fairly easily. So, I think I’m game-ready even though I haven’t pitched in a game.”

Wheeler was charged with five runs against the free-swinging minor-leaguers he faced on Saturday. He was not supported with good defense. There was one humorous moment in the outing. In his third inning of work, he gave up a solo homer to 21-year-old Kendall Simmons, a sixth-round draft pick in 2018. Like Wheeler, Simmons hails from Georgia and the two work out together in the offseason. As Simmons rounded second, Wheeler shouted at him.

“I said, ‘Don’t be bragging about that next offseason,'” Wheeler said with a laugh. “I was trying to throw the slider — I hadn’t really worked on it that inning — out of the windup and, of course, he smokes it.”

Three weeks ago, Wheeler checked into camp and expressed his curiosity about how the Phillies were going to fill their remaining holes. Before long, Kyle Schwarber and Nick Castellanos showed up.

“That’s big,” he said. “I’ve faced those guys. Those guys are tough outs. Facing teams throughout my career with deep lineups is really hard, and that’s what we have now, a deep lineup. I like our chances with that.”

Wheeler added that, “Obviously, we need to stay healthy.” All teams do. Across the state, the Mets, his former team, have learned they will be without two-time Cy Young winner Jacob deGrom for an extended period of time because of a stress reaction in his right scapula. Three-time Cy Young winner Max Scherzer, who signed a three-year, $130 million contract with the Mets in November, is uncertain for his opening day start because of hamstring tightness. These could be division-changing injuries in the NL East if they linger.

Wheeler and deGrom were close when they were teammates.

“It definitely helps us, hurts them, there’s no question about that,” Wheeler said. “They have other guys to step up also, but he’s the best in the game, so whenever that kind of guy goes down it really does hurt the team. As good as the other guy is that’s going to come in, you really can’t match that, so it’s definitely good for us right now and it stinks for deGrom.

“I feel bad for him. Hopefully he can get healthy — and then we can hit him.”

Wheeler chuckled at that last thought. He knows how tough it is to hit deGrom. But Wheeler was also pretty tough to hit last season. He had a 2.78 ERA and led the National League with 247 strikeouts. He finished second in a close Cy Young race to Milwaukee’s Corbin Burnes.

Burnes led the majors with a 2.43 ERA, but he pitched 46 fewer innings than Wheeler.

At the start of camp, Wheeler expressed some disappointment at not winning the award.

“I’m not taking anything away from Corbin, but I threw another month than he did,” Wheeler said. “A lot can happen in a month.”

Girardi on Saturday concurred with Wheeler.

“I think there’s a lot of validity to the amount of innings he threw,” Girardi said. “I don’t know how you could have been more valuable than Zack. I really don’t. I’m not taking anything away from Corbin Burnes. That guy’s a great pitcher. I just think the innings needed to account for a little bit more.”