The 2021-22 NBA season begins tonight; the 2021-22 NBA season opening day best bets are available. The Brooklyn Nets are playing the Milwaukee Bucks at 7:30 p.m. ET. Afterwards, the Golden State Warriors are facing off against the Los Angeles Lakers at 10 p.m. ET. Both opening day games will air live via NBA League Pass and TNT. Updated BetOnline game line odds and game props are listed below. 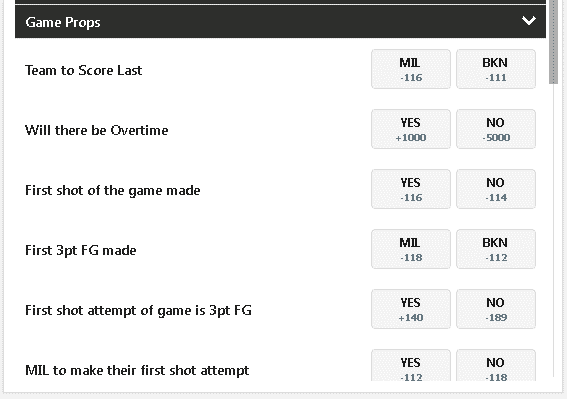 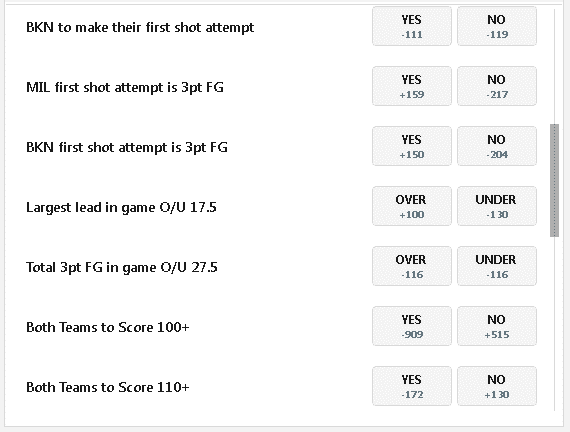 Moreover, as readers can see above, these are the game props for tonight’s matchup and opening day best bets. Both Eastern Conference teams are favored to score at least 100 points. The current “YES” odds are -909. The odds of both contenders scoring more than 110 points are -172.

Since the total is set at 233.5, it is highly probable that Milwaukee and Brooklyn will finish with at least 110 points each. Of course, the Bucks also have favorable -116 odds of scoring last. For those interested, gamblers can place bets on tonight’s game props right here.

Leading into the first game of the 2021-22 NBA regular season, the Bucks’ ring ceremony and banner unveiling starts at 6:45 p.m. ET at the Fiserv Forum. Milwaukee is 2-1 versus Brooklyn in the team’s past three head-to-head meetings. However, this record does not count exhibition games. On Friday, Oct. 8, 2021, the Nets won 119-115 in the preseason. In the 2020-21 NBA Eastern Conference Semifinals series, the Bucks defeated the Nets 115-111 in overtime of Game 7.

The Nets concluded their preseason with a record of 3-1. Last Thursday, the Bucks won 107-101 at home versus the Timberwolves. Guard Joe Harris scored a team-high 23 points in 29 minutes played. Kevin Durant also earned 19 points, 7.0 rebounds and 1.0 assist in 32 minutes on the court.

Furthermore, the Bucks ended their preseason with a record of 1-4. On Friday, they lost 114-103 at home against the Mavericks. Forward Giannis Antetokounmpo led the team in scoring and rebounds, putting up 26 points and 10 rebounds in 25 minutes spent on the court. Jordan Nwora had 15 points, 3.0 rebounds and 1.0 assist in 24 minutes played, too.

With all things considered, pick the Bucks to win at home. The total will go under 233.5. The Bucks are still one-point favorites with BetOnline. Needless to say, they are the best bet. No one knows for sure how many games Kyrie Irving will play for the Nets this season. For more NBA opening day best bets, go to the main page. 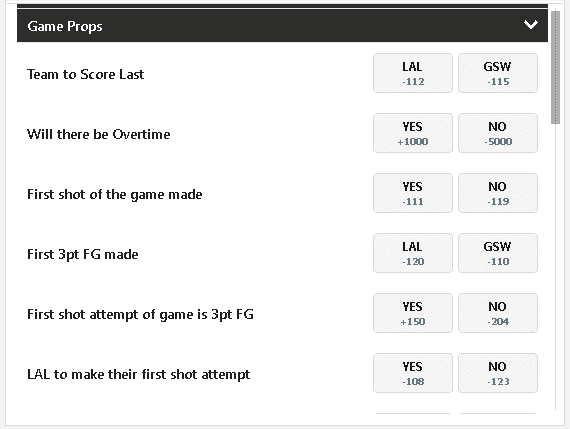 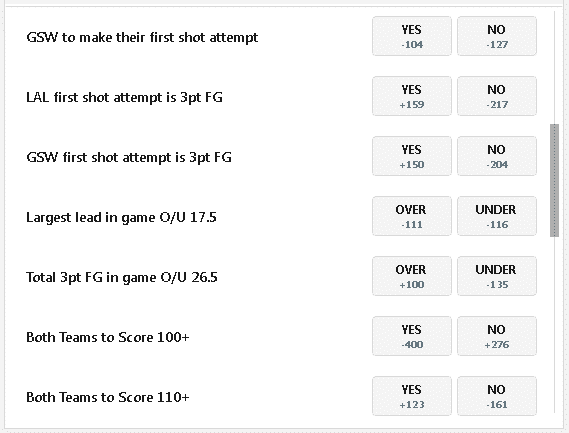 Additionally, the Warriors-Lakers game props are listed above. Both Western Conference contenders are favored to score at least 100 points each tonight. The odds are -400. Nevertheless, unlike the Nets-Bucks matchup, both teams are not favored to score over 110 points.

Picking “NO” is the more favorable option. For example, if the Lakers score 111 points, they are favored to hold the Warriors to less than 110 points. As for the possibility of overtime, BetOnline oddsmakers are not anticipating extra time. Picking “NO” for overtime has -5000 odds. Game prop bets can be viewed and placed by accessing this link.

Heading into tonight’s season opener for the 2021-22 NBA season, the Lakers are 2-1 in their past three head-to-head meetings. Though, this record does not include exhibition contests. Last Tuesday, the Warriors defeated the Lakers 111-99. LeBron James, Anthony Davis and Russell Westbrook all played—even if for a short while. Golden State concluded their 2021 preseason with a perfect 5-0 record.

This past Friday, in the Warriors’ 119-97 blowout win over the Trail Blazers, guard Stephen Curry led his team in scoring, finishing with 41 points in 30 minutes on the court. Guard Jordan Poole ended his performance with 16 points, 3.0 rebounds and 1.0 assist in 30 minutes played, too. Not to mention, Golden State scored 43 points in the third quarter, while holding Portland to 26 points.

Meanwhile, the Lakers finished their 2021 preseason with a winless 0-6 record. Last Thursday, the Lakers lost 116-112 on the road versus the Kings. Forward LeBron James led his team in scoring, putting up 30 points in 29 minutes played. Los Angeles has to show up ready to play against the Warriors. Otherwise, a slow start during the regular season could complicate long-term goals.

Having said all of this, pick the Lakers to win at the Staples Center. The Warriors will cover the spread and the total will go under 226.5. Los Angeles remains a 3.5-point favorite with BetOnline. Other NBA opening day best bets can be found on the main page of Basketball Insiders.

Good Word with Goodwill - Lakers may struggle early, but beware

Ben Simmons' beef with 76ers explained: A complete timeline of ongoing drama between both sides