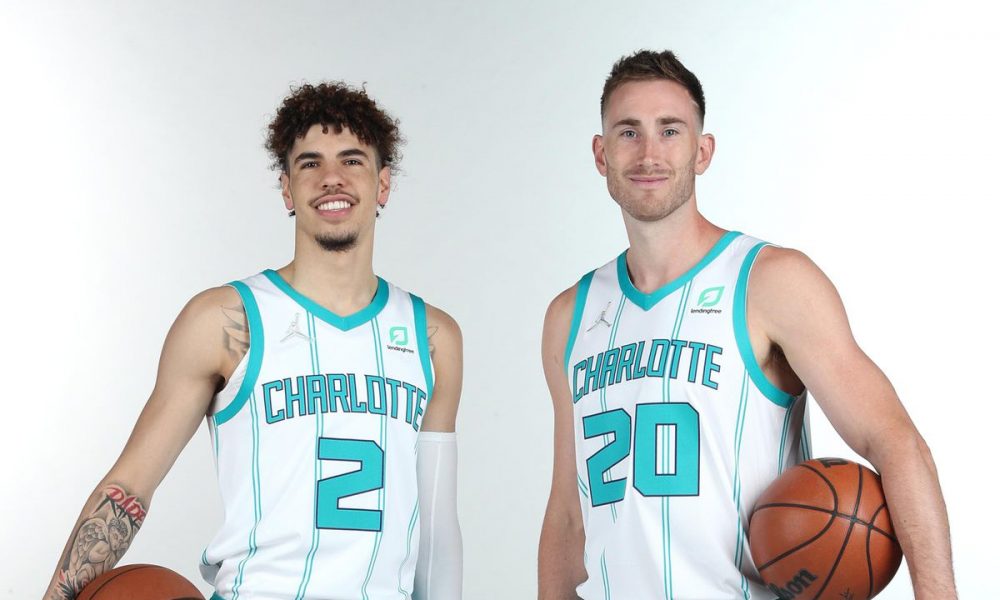 For the first time in forever, there is a real sense of optimism surrounding the Charlotte Hornets heading into the regular season. After the surprise deal with All-Star forward Gordon Hayward last summer and LaMelo Ball earning Rookie of the Year honors, the future is looking very bright for this franchise. The buzz is about more than these two talented individuals.

The Hornets have one of the deepest rosters in the league this season, and there is talent at every position. Terry Rozier will share the backcourt with Ball, and he is coming off of a career year where he averaged 20.4 points per game. Rozier was arguably one of the best players in the clutch last season, delivering bucket after bucket when the team needed it the most.

Another guard will be added to the rotation this year with rookie James Bouknight. The former UConn product has a knack for attacking the basket and either finishing at the rim or finding the open teammate. Like Ball, he will create many open opportunities for others and is an excellent ball-handler. He will benefit from playing alongside veteran Ish Smith, who should be able to mentor the young guard.

Charlotte has an abundance of wing players, each with their own unique skillset. Miles Bridges always provides the highlight plays, with his incredible athleticism and leaping ability. He is a great fit next to Hayward, but his game really works with any of the guys on the floor. He is unselfish and has an excellent motor. Opposing teams find it difficult to keep him off the glass and he clearly has great chemistry with Ball.

PJ Washington provides Charlotte versatility should they want to play a smaller lineup. Washington’s outside shooting and athleticism make him an excellent option as their small-ball center. General Manager Mitch Kupchak replaced Cody Zeller with Mason Plumlee, which is a massive upgrade at the center position. Still, most of his focus this offseason was getting more help on the wing. Mission accomplished.

Kelly Oubre Jr will be a fascinating addition to this team. This group that was already young and athletic has added one of the most explosive forwards in the league. While his shooting slump to begin last season was well documented, Oubre was able to break out of it and finished with another solid season. He seems like a natural fit for this roster, providing excellent perimeter defense and gives Ball another exciting finisher on the other end of his lob passes.

This roster really is oozing with talent at the forward position. Not even mentioned yet is Charlotte’s other rookie, Kai Jones out of Texas. The big man has a massive upside but will need to be patient during this first season. Second-year player Jalen McDaniels is hoping to continue his progression after an outstanding end of his rookie campaign. Patience is key, as finding minutes for all of these young players will be a difficult task for James Borrego.

James Borrego said Jalen McDaniels is proving he needs to be part of the rotation.

“Everything I’ve seen to this point in camp says he’s got to play, and he’s got to play minutes. But it’s up to him to keep those minutes and continue to put pressure on us to put him out there.” pic.twitter.com/ffbYCOEEHB

As loaded and deep as the Hornets are, their season will depend on two things. The health of Hayward and the improvement of Ball.

The 31-year old has been through his fair share of injuries and has only played more than 52 games in a season once over the past four years. With a full 82-game season ahead, Borrego may need to pick a few spots to rest the veteran player. In the 44 games he played last season, Hayward looked fantastic averaging 19.6 points, 5.9 rebounds and 4.1 assists per game while shooting 42 percent from deep.

As good as Ball was last year, he still has areas of weakness that he needs to improve on. Eliminating turnovers should be one of his main goals this year, as well as getting stronger and becoming a better defender. Borrego wants Ball to become more of a leader this season. “I want him to take the reins of this program,” Borrego said. “He’s the quarterback, the floor general and for us to take that next step he must run this team, not only on the offensive end but the defensive end as well.”

Working on game situations is something that Borrego has been going over with Ball in the offseason. Putting the trust into his young floor general is something that has been building since last season. With more experience and personal growth, Ball is fully capable to dictating when to slow the tempo or push the pace. With their multitude of weapons on offense, and his court vision, the Hornets will be one of the most feared teams in the open court.

“I think at this point, this is his team.”@GregAnthony50 talks how LaMelo Ball is becoming a rising star for the Hornets ⭐️ pic.twitter.com/ZHtA5teljN

Scoring in transition is a major target for this team. Charlotte was 22nd in the league in terms of offensive rating last season and ranked just 23rd in points per game as a team. Those numbers should drastically improve this year with the makeup of this team. These fast-break opportunities are also important for this young team because of the wave of momentum it creates. That was on display many times last season.

The Hornets are one of a dozen teams in the East with playoff aspirations. Since the 2004-05 season, this franchise has made the playoffs just three times. Their last playoff appearance came in 2015-16 when they lost to the Miami HEAT in seven games in the first round.

Charlotte was able to reach the play-in game last year but was embarrassed in that game by the Indiana Pacers. That left a bad taste in the mouth of many of the players, which has been used as fuel and motivation entering this season. “It was a blessing in disguise,” Bridges said. “Every time I got tired this summer during a drill, I thought about that game. We can’t take any games for granted this season.”

This team understands their position, which is important. They realize they are not championship contenders but they feel as though they can push teams like Brooklyn, Milwaukee and Miami to the brink. Teams are not able to make a leap like that in one year. It’s all about taking steps, and the Hornets are ready to take a big one this season.

'Love sees no colors!' How families with Giants and Dodgers fans are handling the NLDS