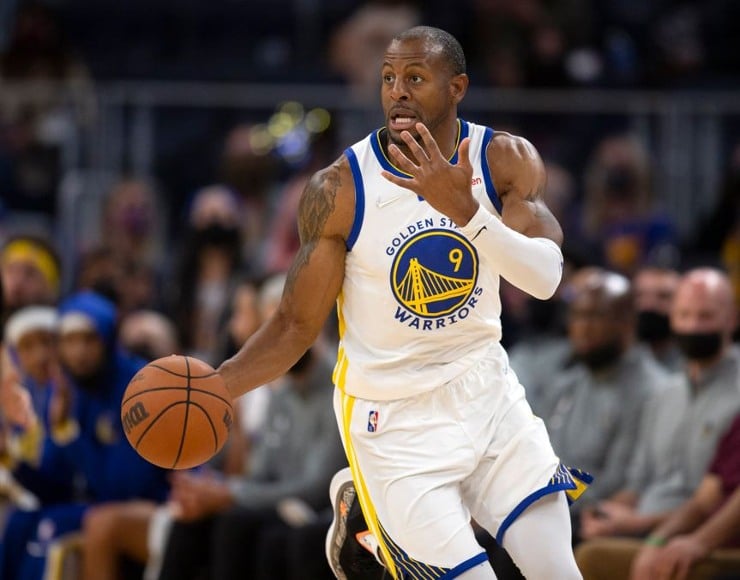 Golden State Warriors forward Andre Iguodala was debating whether or not to return for his 19th NBA season.

On Friday, the 38-year-old announced his decision to continue playing on his “Point Forward” YouTube podcast.

While NBA sportsbooks are unfazed by this news, Warriors fans are delighted. Golden State still has among the best odds to repeat in 2023.

“We have decided that this special announcement is that I — I, myself, will be returning for my 19th season, and E.T. [Evan Turner] and I will be returning to the NBA throughout the season on the road to perform our ‘Point Forward’ duties,” said Iguodala.

“This will be the last special edition announcement of any kind regarding sports because this is it. So, we going to have some fun this year. It’s going to be exciting.”

“Um, I’m really looking forward to getting back with my guys on the court. And getting back on the road with E.T. to do what we do best.”

Co-host Evan Turner asked Iguodala why he had a last-minute change of heart. “Yeah, I’mma blame a few people,” replied the NBA star as he smiled. “Uh, Steph Curry is one person that I’m going to blame.”

“But, I know as a group, I’m blaming Draymond, Steph, Klay, Steve Kerr a little bit, and Bob Myers. I think they just really showed me a lot of love. You know what I mean. They really help me see my presence outside of physically playing basketball…”

The forward won the 2015 NBA Finals MVP after averaging 16.3 points, 5.8 rebounds, and 4 assists per game against the Cleveland Cavaliers.

Andre Iguodala contributed on the Warriors’ three other championship seasons in 2017, 2018, and 2022. Golden State’s front office and his teammates are thrilled to see him back with the team for another season.

Why Mitch Trubisky, Steelers offense are in trouble after loss to Browns | THE HERD