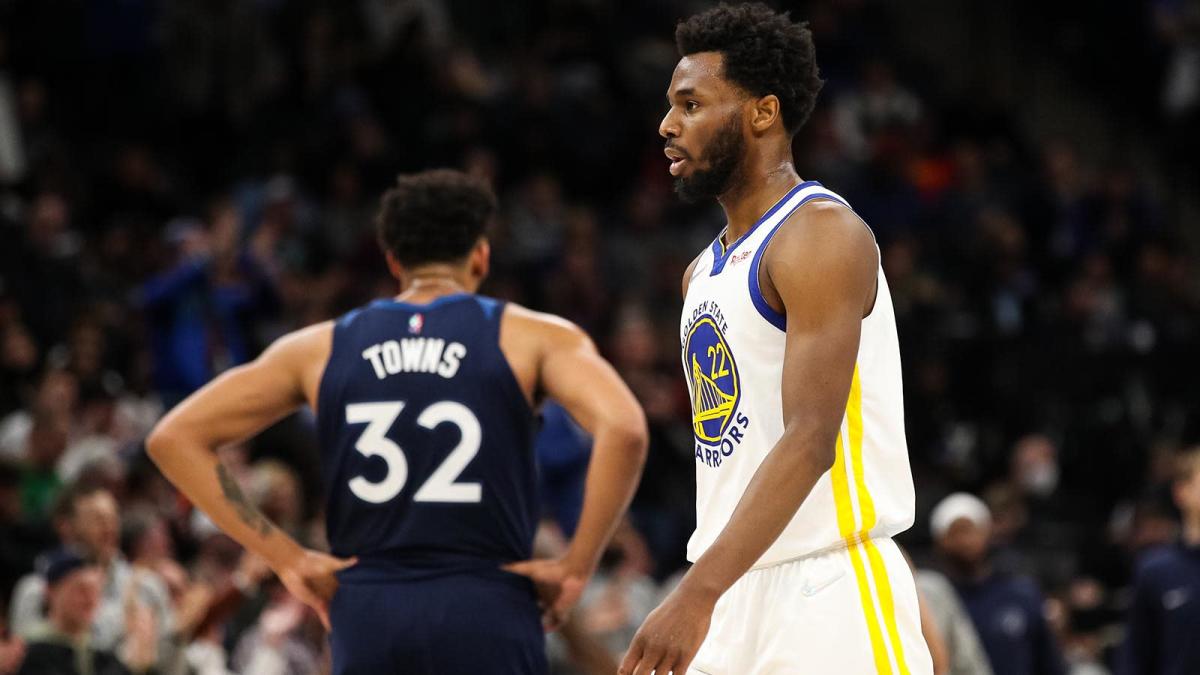 With the Warriors trailing by 19 points and 5:54 remaining Tuesday night, Steve Kerr surrendered. It was an act of compassion when the coach summoned Stephen Curry to the bench for the rest of the game.

Curry had spent himself, scoring 34 points in 33 minutes and leading a third-quarter charge that trimmed the deficit from 12 points to four. It wasn’t enough, as the Warriors took a 129-114 spanking from Karl-Anthony Towns, D’Angelo Russell and the rest of the suddenly audacious Minnesota Timberwolves.

Curry was a one-man surge during the revivifying third quarter, scoring 16 points in nine minutes. His teammates? They chipped in with 15 points in 51 cumulative minutes.

What was most conspicuous is that fellow All-Star Andrew Wiggins played all 12 minutes of the quarter, producing only four points on offense and being victimized on one egregious lapse that perfectly symbolized the team’s ongoing defensive deficiencies.

With the Warriors desperate for the best of Wiggins, or something close, his response was a benign form of teammate abandonment. He is capable. A vet of some accomplishment. This roster, compromised at every position, needs him. And for the second consecutive game, he was mostly invisible.

Curry wants no more initiative from Wiggins than from the rest of the Warriors. No more than Wiggins is able to deliver.

“It’s what we demand of everybody: Be your best every night,” he said. “Come with that intention. Whatever that means for everybody individually to step and respond to, it’s what we ask. Wiggs is no different.

For the second consecutive game, Wiggins wasn’t at his best and his assertiveness was fleeting before fluttering into the ether.

Which is why, for the second consecutive game, Curry was the loneliest superstar in the NBA.

He hasn’t had Draymond Green for seven weeks. Hasn’t had Andre Iguodala for three weeks. Didn’t have Klay Thompson on Sunday at Chase Center or Tuesday night at Target Center in downtown Minneapolis.

Looking around these days, Curry sees Gary Payton II and Kevon Looney maxing out their abilities. He sees rookies Jonathan Kuminga and Moses Moody playing as most rookies do, by turns encouraging and painful. He sees the grinders Damion Lee and Juan Toscano-Anderson trying to do more than they would with a healthy roster.

And we all see that star moments from Jordan Poole and Wiggins are sporadic and unreliable.

Wiggins, the Warrior best suited to fill the massive impact void created by those on the sideline, was with Curry for the first three minutes on Tuesday. He scored eight points, making his first three shots and looked to have an emotional bump facing his former team.

He followed that terrific start by committing two turnovers 42 seconds apart, after which he mostly opted out the rest of the night.

This is same “Two-way Wiggs” who nine days ago joined Curry as a starter in the All-Star Game.

The same Wiggins who vowed in November to try to “stay aggressive” and “attack early and get in a good groove.”

Wiggins attacked early and faded late, into the underachiever persona that followed him from Minnesota and that two months ago appeared to be endangered.

Kerr made a well-intentioned but ponderous effort to avoid being critical of Wiggins. It’s what most coaches do, even when it’s clearly not what they’re feeling.

“He’s one of our best players,” Kerr said. “We need him to play well.

“But anytime you look at an NBA season … you’re just looking to find some momentum as a team. That lifts everybody up. Right now, we’re in tough spell.”

It’s a tough spell, partly because Wiggins is nowhere near the capacity of his gifts. One day after the least productive month since his debut in 2014, he’s starting March in much the same way. Floating about, rather than sprinting. Standing in space, rather than covering ground.

Which brings us to the aforementioned defensive lapse. It came with 1:50 left the third quarter and the Warriors down 89-82.

Wiggins was responsible for Jordan McLaughlin, who was camped out in the left corner. Wiggins, flat-footed, gave McLaughlin four of five feet of space. When Jaylen Nowell attacked from the right baseline, Wiggins shifted away from McLaughlin to become the third defender on Nowell. Obvious mistake.

Nowell zipped a pass to McLaughlin, who tied his shoes, cleared his throat, wiped his brow, lined up the easy 3-ball and drained it.

If this is what has become of the All-Star previously referred to as “Two-way Wiggs,” Curry will stay lonely and the Warriors will stay vulnerable to any opponent.

At least until reinforcements arrive, whenever that might be.