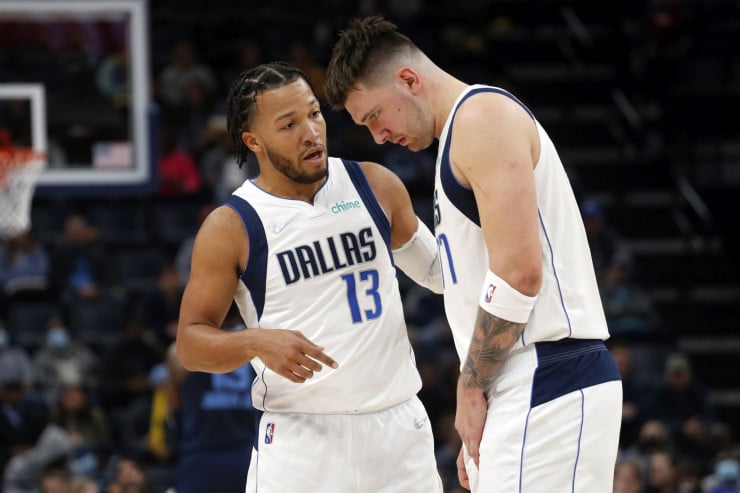 Things got off to a rocky start in Dallas, as the team struggled at the start of the season. With Luka Doncic not in shape and shooting poorly, it had a trickle-down effect on the rest of the team. A healthy Kristaps Porzingis was a breath of fresh air but the big man has been dealing with injuries throughout the season yet again. Still, there have been some bright spots that were able to get the team back on track. This could lead to them being buyers at the NBA Trade Deadline. Let’s take a look at some of the Dallas Mavericks trade targets.

Most of the sexy names will not be in the cards for Dallas Mavericks trade targets. Guys like Ben Simmons, Bradley Beal, Russell Westbrook, Domantas Sabonis, Jerami Grant, etc will not even be targets. Dallas is not able to trade a first-round pick until 2027, which complicates things a little. Jalen Brunson is easily their best asset, so if they decide not to move him, they don’t have much else to offer.

Myles Turner was a player they were known to have interest in earlier in the season, but his own injury has made trading him very difficult. There are still some role players that could fit in well with this team, but there will also be plenty of other teams that would likely pitch better offers in a proposed deal. One example would be Buddy Hield, who would be a great fit in Dallas.

Eric Gordon is one name to watch, as the veteran will be a hot target for contenders this season. Derrick White is another guy that would be available but San Antonio probably would prefer to send him to a team outside of their own division. There has been a lot of recent interest in Donte DiVincenzo, who would be an ideal fit next to Doncic. Malik Beasley and Cedi Osman are two other players that would seem to fit right into the Mavericks’ offense.

Outside of some of these smaller trades, they could look further down the line at the potential buyout market. One name that is almost assured to be there is Goran Dragic, who has not played at all this season after being traded to Toronto. His desire to play with Doncic is well-documented, as the two Slovenian guards share a strong bond. Most teams around the league expect Dragic to wind up there one way or another.

Other names to monitor over the next week will be Kenrich Williams, who is likely to find his way out of Oklahoma City. The undrafted forward from TCU has been playing well for the Thunder. The team has been outscored by 7.3 points per 100 possessions when he is off the court, but are outscoring their opponents by 1.94 points per 100 when he plays. Williams would be a tremendous boost to their defense, which already ranks fifth in the league.

Kenrich Williams showing why he’s a guy any contender in this league should be looking at near the trade deadline.

There aren’t many options for Dallas Mavericks trade targets as the NBA Trade Deadline draws near, but they have been surging even without Hardaway and Porzingis. They are currently fifth in the West, right on the heels of the struggling Jazz. If Dallas can keep Brunson and add another solid rotation piece, they are fully capable of making some noise in the playoffs.

Jaromir Jagr on why he still plays: ‘When you love something, it’s tough to give up’

NHL's awards leaders: Our picks for who is leading the way at All-Star break