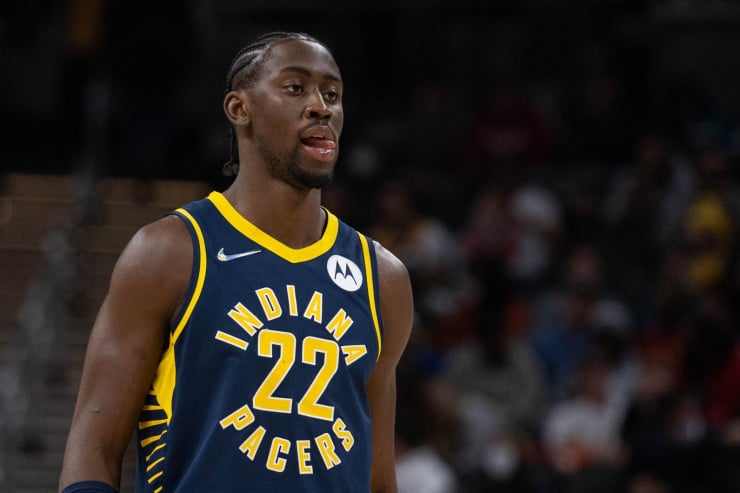 Bettors have a six-game NBA slate available to them on Saturday night. It sure is nice to have the league scheduling a decent number of games daily as opposed to the massive swings in volume we were dealing with last week! Tonight’s card also includes the return of NBA Saturday Primetime on ABC. Needless to say, there are a number of intriguing NBA player props to consider across the six games this evening.

Basketball Insiders takes a look at the best NBA player props and free picks for the January 29th NBA betting slate. Odds for the picks can be found at BetOnline Sportsbook.

Indiana Pacers guard Caris LeVert had a pretty rough offensive performance last night against Oklahoma City. He scored just 10 points on an abysmal 3-19 shooting while playing over 40 minutes in the Pacers’ overtime win. LeVert also finished below his season average of 4.2 assists in the contest, dishing out only three. That low total was somewhat surprising given that he is operating as the team’s primary ball-handler and point guard with Malcolm Brogdon sidelined.

Prior to last night’s obscure performance, LeVert had tallied at least four assists in five of his last six games played. The only time he didn’t was the one game that Brogdon was back in the lineup for. It is clear that his upside as a playmaker and distributor goes up when Brogdon is out of the lineup. This will be the case again tonight as we are still within the ten-day window that Indiana initially tabbed as the definite shut down period for Brogdon after he reaggravated his Achilles injury upon making his initial return. Look for LeVert to bounce back across the board after his ugly showing yesterday.

One of the most impressive parts of Kyle Kuzma’s strong first season with the Washington Wizards has been his consistent impact on the glass. Coming into Saturday, Kuzma is averaging 8.9 rebounds per game. A full dozen rebounds on Tuesday marked the sixth time in his last nine games played that Kuzma finished with double-digit boards.

Unfortunately, rebounding figures to be a bit tougher for Kuzma and his Wizards teammates in tonight’s contest against the Memphis Grizzlies. The Grizz come into the day with the best rebound rate (52.8) in the NBA. Memphis is easily the best team in this metric that Washington has faced in a while. Over the last seven games, the next best opponents in terms of rebounding rate were the Brooklyn Nets (T-11) and Boston Celtics (T-9). Kuzma finished with only six and seven boards in those two games, respectively. Back him to fall short of his per-game average and the NBA player props total tonight.

The current NBA player props total of 20.5 points sits exactly a half-point below the 21.0 that Pascal Siakam has averaged this season. After scoring at least 20 points in eight of nine games, the Toronto Raptors big man is coming off an ugly 3-12 shooting performance on Wednesday night. The 12 points he scored in that game was easily his lowest total in some time. While Siakam’s low scoring output on Wednesday can largely be attributed to poor shooting, the opponent in tonight’s game could force him into similar struggles.

The Miami Heat are one of the best defensive teams in the NBA. They rank sixth in defensive efficiency, allowing only 105.4 points per 100 possessions. Miami also has the third-slowest pace factor ranking of any team. Ultimately, Siakam and his Raptors teammates are facing a double whammy when it comes to trying to exceed their NBA scoring prop totals tonight. Given the minimal discrepancy between the betting line and Siakam’s per-game average, it makes a lot of sense to play the under. If there was ever a matchup where he would fall short of his scoring average, this would be it.

The player the Celtics ought to be shopping the hardest at the deadline? For one analyst, it’s Marcus Smart