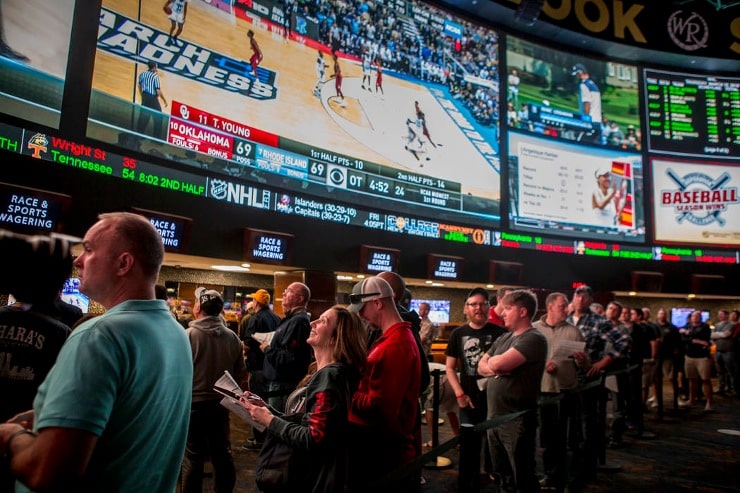 Last Thursday, Arizona became the latest state to launch sports betting in the United States. There are multiple states that have yet to roll out online sports wagering. However, there’s a wind of change in the viewpoints of politicians nationwide. Congress passed the Professional and Amateur Sports Protection Act (PASPA) in 1992. This law banned state-sanctioned sports wagering.

Though, in Murphy v. National Collegiate Athletic Association, the Supreme Court struck down the 1992 federal law in May 2018 that banned sports betting in America. Then, pro-sports betting bills were passed in various states. States — such as Delaware, Illinois, Indiana and Colorado — later legalized sports gambling. Therefore, which states are next to launch online sports betting?

About one week ago, feds signed off on sports betting and online gaming in the state of Connecticut. Governor Ned Lamont said, “I thank U.S. Indian Affairs for approving these revisions, as well as the efforts of the Mohegan and Mashantucket Pequot Tribes.” In the state, the Mohegan Tribe is partnered with FanDuel. Gov. Lamont believes sports betting and online gaming will be accessible to Connecticuters next month in October.

Moreover, the Mashantucket Tribe is in the process of releasing their new sportsbook to gamblers at the Foxwoods Resort Casino in October. The casino is located in the Tanger Outlets Foxwoods, located in Ledyard, Connecticut. The Tribe is currently partnered with DraftKings. This deal was first announced last year. On Dec. 13, 2020, DFS contests kicked off in the state. So, Connecticut is next to launch.

In April 2021, former New York Governor Andrew Cuomo signed the online sports betting bill into law, allowing mobile sports betting to launch within the state. Nevertheless, regulations and licensing were major concerns during the springtime. In the minds of some New Yorkers, a slight hiccup is inevitable. Online sportsbooks are expected to launch in January 2022. It could happen just in time for the 2022 NFL Playoffs. The current COVID-19 pandemic is complicating the situation.

The pandemic is adding more paperwork on the desks of politicians by the hour. Now, legal retail sports betting is getatable at specific on-site locations. However, there aren’t nearly enough operators in the state at the moment. Not to mention, there are not any sites available in “The Big Apple.” This is a big deal.

There are nearly nine million people living in New York City. Once the state launches licensed mobile gaming, this will put a smile on the faces of Jets, Knicks, Giants, Nets, Rangers, Islanders, Mets and Yankees fans. There are so many professional teams to keep track of. In January 2020, DraftKings became the proud sports betting partner of the Knicks and Rangers.

On May 18, 2021, Governor Larry Hogan signed off on House Bill 940, legalizing sports wagering in the state of Maryland. There are a whopping 60 sportsbook licenses being issued for operators in the state. This will allow independent operators to accept bets without partnering with popular casinos. Per sources, Maryland is the first state to expand betting services to non-casinos and minority-owned businesses.

There is a 15% revenue tax on all types of sports betting in the state. Based on the latest projections, DraftKings is partnered with Maryland State Fairgrounds, PointsBet is paired with Riverboat on the Potomac, and Barstool Sports is partnered with Hollywood Casino Perryville.

Furthermore, BetMGM is also partnered with MGM National Harbor: Hotel & Casino. The casino is located in Forest Heights. Five days ago, the Baltimore Ravens announced their partnership with Caesars Sportsbook. Gov. Hogan wants sports betting in his state to launch in the coming fall. However, this might not be feasible. Some bookmakers are expecting an official launch in 2022.

Celtics get Hernangómez from Grizzlies for Edwards, Dunn

Where Warriors projected to finish in Western Conference by ESPN