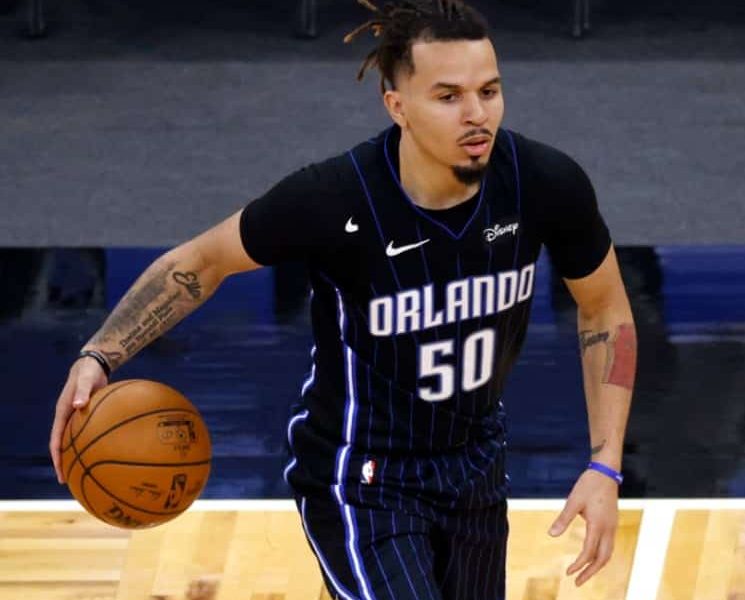 The Warriors have now dropped two of their last three games following Saturday’s 112-107 loss to the Spurs. Still, BetUS and other bookmakers think the setback won’t have much of an impact on the likelihood that Golden State will cruise to an easy victory over the underdog Magic.

Former no.1 overall pick Markelle Fultz finally shed light on his situation with Philadelphia, defined mainly by a mysterious shoulder injury that hampered his progress in the first few NBA seasons. Fultz, who is still recovering from a knee injury, spoke on the latest episode of “The Rematch with Etan Thomas,” where he finally set the record straight on his situation with the Sixers.

“I didn’t feel like hate or anything,” Fultz said. “I felt love even from the fans. I think many people get confused because they hear people in the media talking about how the fans treat me badly, but I never felt like the fans treated me bad. I felt like they always showed love when I was in a game, they’re very supportive. They’re very happy. I got a standing ovation when I came back. I understand that Philly love. They die and breathe their team, so they’re gonna get on you when you’re doing bad; they’re gonna love you when you’re good, and that’s kind of how my mom raised me, you know?”

“Whether this is a start of a worrying trend that may speak volumes about the extensive mileage on Curry’s body, or just an anomalous stretch due to fatigue (which is the more likely explanation), this isn’t the iteration of the two-time MVP that the Warriors will want to see going forward, especially if they intend to compete for a championship down the line,” Viray opines.

The Magic suffered their 19th loss in 24 games this season but not without fighting against the Houston Rockets, 118-116. Cole Anthony led the way with 26 points and 7 assists, while Wendell Carter Jr. scored 10 points and 16 in the losing effort. Orlando went toe-to-toe with the Rockets right from the get go and even had a chance to steal a road win in the winding seconds. However, veteran shooting guard Eric Gordon sunk the game-winning jumper to help his team carve out a two-point win over the Magic.

The Warriors absorbed a shell-shocker out of nowhere handed by the San Antonio Spurs. After exacting their revenge in their rematch against the Suns, Golden State had themselves caught off guard by the Spurs, who used a strong first quarter to set the game’s tone. Stephen Curry recorded 27 points but on 27 shots while supporting wingmen Jordan Poole and Andrew Wiggins only combined for 26 points. Despite the offensive struggle, the Warriors had a shot at winning the game down to the very end. However, Spurs guard Derrick White and Dejounte Murray took turns to put the Dubs at bay.

Fearless Forecast: The Warriors will blow out the Magic by a double-digit margin.

There’s a reason why the Warriors have never suffered back-to-back losses this season. Steve Kerr is a master of making necessary adjustments to avoid the miscues and inefficiency that cost them in the previous game. Moreover, Golden State is a dominant 7-3 in Orlando’s last 10 head-to-head meetings. Over that span, the Warriors averaged 113 points against the Magic 108 points.

For the latest and most comprehensive NBA and sports betting odds, visit BetUS.