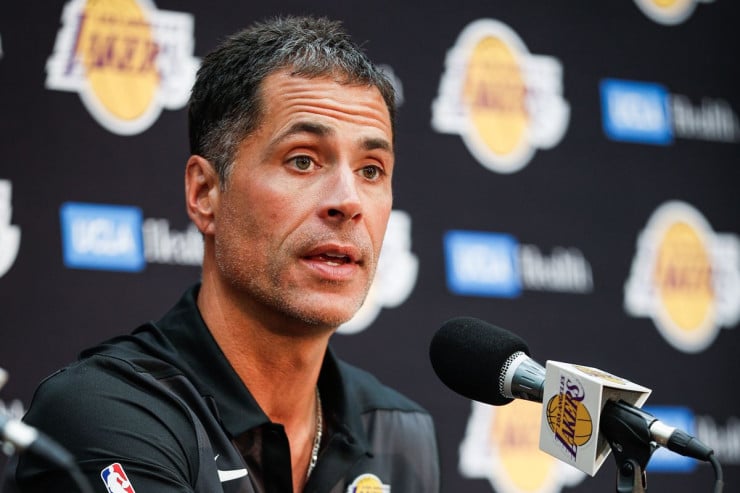 Thanksgiving is the time to be grateful for all of the wonderful things in life. Being thankful for opportunities, good health, and being surrounded by wonderful people are just a few of the items that come to mind. The 2021-22 NBA season is more than a month old, and while there is plenty to be thankful for, there are a handful of items that have not panned out well.

Certain situations have not been handled well, and some players have not lived up to expectations. While it is still early in the season, a handful of people around the league have had an egg on their face. Not wanting to get into the serious allegations in Phoenix and Portland with Robert Sarver and Neil Olshey, these have been the biggest turkeys in the league this season.

This situation has gone from bad to worse, with no sense of a resolution anytime soon. The two sides appear to be content with just sitting back and letting the season play out. Recent reports say Philly is comfortable waiting until next summer to work out a deal. Meanwhile, Simmons is losing a ton of cash and another season in his prime. The Sixers clearly don’t benefit with him away from the team and not being able to recoup another asset in exchange for him.

“There’s no signs that he’s any closer to getting back on the court.. I don’t see a way Ben Simmons steps back on the floor for the 76ers” ~@ShamsCharania#PMSOverreactionMonday #PatMcAfeeShowLIVE pic.twitter.com/U4zvfAuErm

Philadelphia reportedly has a list of 30 players they would be willing to trade Simmons for, but the whole situation seems childish and a waste of everyone’s time. Neither side is willing to check their ego and agree to anything. At this stage of the game, nobody is going to win even if they finally come to a resolution.

Hindsight is 20/20 but it is safe to say Pelinka would like a mulligan on the blockbuster offseason trade for Russell Westbrook. Pundits questioned the fit next to LeBron James and Anthony Davis, and it clearly has not worked yet. James missed eight games with an abdominal strain and the Lakers struggled with Westbrook and Davis trying to shoulder the load.

“I don’t know how they get out of the experiment now. You can’t trade Russell Westbrook somewhere else. If Rob Pelinka could pull it off, he might move pass Tommy Sheppard for the Exec of the year race.” #LakeShow #DCAboveAll pic.twitter.com/DsIgpzWtUt

Meanwhile, on the other side of the country, the Wizards have been the surprise turnaround of the season so far. After finishing 8th in the East last season, Washington currently resides near the top of the conference. They have looked good doing it too, with Kyle Kuzma, Montrezl Harrell, and Kentavious Caldwell-Pope all playing major roles. Even without Rui Hachimura, Thomas Bryant, Davis Bertans, and others, the Wizards have been thriving since making the deal with Los Angeles.

Both of these veteran point guards are seemingly not playing at all this season, for very different reasons. It will be interesting to see how each of these situations plays out. Irving’s issue is with the vaccination mandate in New York but has decided it is not worth getting it in order to play. Furthermore, he has also said that he would consider retirement if he were to be traded.

On pace to finish the season 5-77, which will by far be the worst single-season record of all time.

They are currently playing without a point guard and are paying John Wall $44 million to not play this season. pic.twitter.com/OpxCcZrmwz

Houston is in the middle of a rebuild, and Wall just doesn’t fit into their future plans. His current contract situation makes things even more difficult to facilitate a trade. A buyout is likely not going to happen either, as the 31-year old is set to make more than $44 million this year and over $47 million next season. While many players around the league would give anything to be on the floor, these two are content with not logging a single minute.

The fast break is the most exciting part of basketball. Stopping the transition advantage by the opposing team is the smart thing to do, but it kills the momentum and rhythm of the game. It robs the fans of high-flying action and highlight plays. Whatever happened to just trying to play defense? Bottom line: it is stupid and needs to be addressed.

There was just a take foul on a three-on-three.

Can we please fix this rule!!

The easy solution is to implement the international rule where a technical foul is called and the team is rewarded with a free throw. Since teams don’t seem to value taking the foul and pushing them closer to the penalty situation, perhaps changing the penalty limit would suffice. Another option would be to reduce personal fouls from six to five, in an effort to cut down on committing these atrocious fouls.

When thinking about the abyss in Sacramento, Bagley’s name is always at the forefront. The former 2nd overall draft pick is still trying to get his career going, playing in a total of 122 games over his four seasons. As bad as things have been in the past, it has gotten very strange this year, as he continues to ride the bench. At one point early in the season, he actually refused to enter the game.

Thought maybe Marvin was keeping the legs loose on the exercise bike for a possible second-half appearance but he’s just chillin over there. pic.twitter.com/NH6hXzywkD

Bagley may not have the upside that he did coming out of college, and he may never become an All-Star player, but he can definitely be an upgrade at the position for a team. It is evident that a change of scenery is a necessity at this stage, although the departure of Luke Walton may change his outlook on things. Still, the Kings clearly won’t just give the 22-year old away for nothing. It has been a messy situation from the beginning, and both sides are to blame.

This is about more than just Zion Williamson. The issues in New Orleans simply cannot be eradicated by one player. Brandon Ingram missed seven consecutive games and Nickeil Alexander-Walker has not shown significant progress. While his scoring average is up, his percentages have plummeted across the board. Alexander-Walker has an effective field goal percentage of just 27.7 on pull-up jumpers, the second-worst mark among 72 qualified players. His assist rate has dropped from 20.9 assists per 100 possessions as a rookie to 15.6 last year and just 12.2 this season.

There is no more depressing Pelicans statistic from the past few years than this: Lonzo Ball, Jrue Holiday, Brandon Ingram and Zion Williamson played 17 non-bubble games together. They outscored opponents by 130 points in 259 minutes.

The franchise has lost more than its fair share of talent over the years. From Chris Paul to Jrue Holiday and Anthony Davis, New Orleans has not been able to hold on to their stars. Letting Zion leave town would be the most devastating, given his age and potential. A loss that large would cripple the team and possibly lead them to move to another market.

It was a rough start to the season for Harden, who was clearly out of shape and not the same player we witnessed in Houston. His role has obviously changed playing in Brooklyn but he has had more issues than just trying to adjust to the rule changes this year. As much as he wants to complain about it, his free throw attempts are right around where they were last year (7.0 to 7.3 per game). The real issue for Harden is the turnovers.

Russell Westbrook has been getting pummeled for his turnovers this season, but Harden is averaging the most turnovers in the league. For some reason, Harden seems to get a pass in this category. His turnovers are actually worse than Westbrook’s considering they are more careless and he shows less effort after throwing the ball away. One of these guys goes 110 percent every minute while the other does about half of that. The Nets are still winning but it is something he will have to cut down on if they are serious about making a title run.

Detroit Pistons use late run to defeat the Sacramento Kings, 133-131