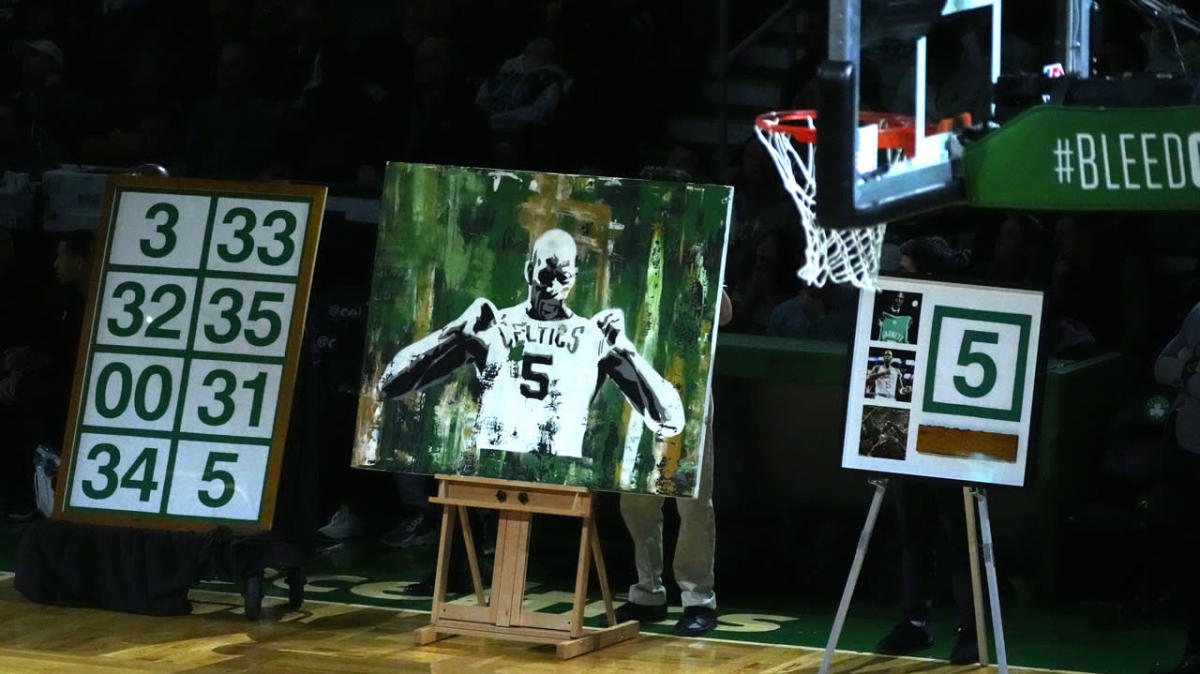 Not every living legend in the storied history of the Boston Celtics was able to be at the TD Garden on Sunday for Kevin Garnett’s jersey retirement ceremony, but many of those who weren’t were still able to check in via jumbotron.

In a video shown during the ceremony in which Garnett’s No. 5 was raised to the rafters, Celtics icons such as Bill Russell and Kevin McHale were able to leave pre-recorded messages for the Big Ticket, in addition to several of Garnett’s teammates from the 2008 championship team such as Rajon Rondo and Sam Cassell and coach Doc Rivers.

“Sad I can’t be here, obviously I’m working, but I wanna wish you the best of luck,” said Rondo, the last member of the 2008 champs still active in the NBA, now with the Cleveland Cavaliers.

WATCH: KG’s No. 5 raised to the TD Garden rafters

Rivers, now head coach of the Philadelphia 76ers, said “This is about you, my friend, congratulations.”

McHale, who won three championships with the Celtics in the ’80s before becoming general manager of the Minnesota Timberwolves — Garnett’s original team — noted that it “seemed like a long time ago that you and I were in that gym in Chicago before the draft.”

McHale, who served as both GM and head coach of the T’Wolves between 1995 and 2009, executed the trade of Garnett to Boston in 2007 for Al Jefferson, Gerald Green, Ryan Gomes, Sebastian Telfair, Theo Ratliff and two future first-round draft picks.

Jason Terry, who spent one season with Garnett on the Celtics before being included in the deal which sent them to the Brooklyn Nets, along with Paul Pierce, for the haul of draft picks which eventually netted Jayson Tatum and Jaylen Brown, said that Garnett was “the fiercest competitor I ever played with.

“But other than that, you were the greatest teammate I ever played with,” said Terry, now coach of the Grand Rapids Gold in the G League.

Russell, whose 11 championships — in 13 seasons — remain the most in NBA history as a player, welcomed Garnett to the club alongside his retired No. 6.

“Always enjoyed watching you play and now our jerseys hang together in the rafters,” Russell said. “As you once said, anything is possible.”

Adam Henrique with a Goal vs. New York Islanders