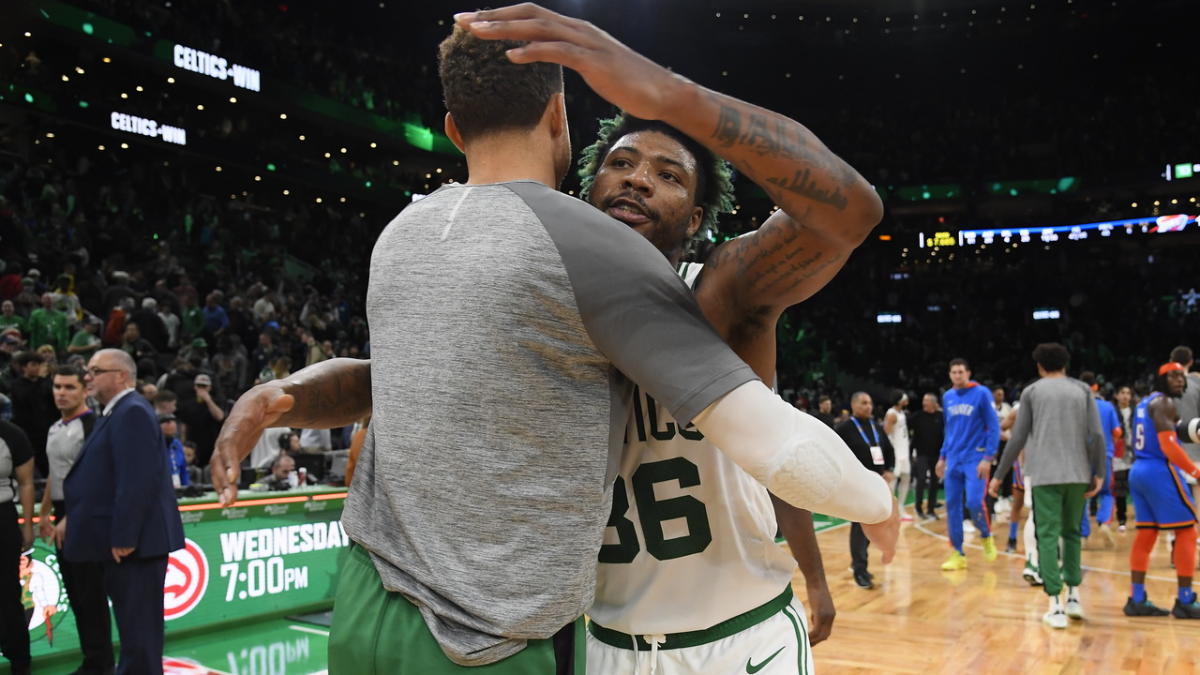 Blake Griffin hasn’t made much of an on-court impact for the Boston Celtics this season, but his veteran leadership proved valuable Monday night.

The Celtics trailed the Oklahoma City Thunder by as many as 15 points at TD Garden before clawing back to earn a 126-122 victory. Marcus Smart played a pivotal role in the win, scoring 20 of his 22 points in the second half and hit several clutch shots in the closing minutes.

After the game, Smart credited Griffin for telling the point guard to focus on his offense in crunch time.

“Blake Griffin actually was telling me, ‘Right now, guys aren’t hitting. (If you’re) in the paint, take your shot. Make the late pass if they come late, but take the shot first because that’s what they’re giving you, and it’ll open it up for everybody else,'” Smart told reporters, as seen in the video above.

Smart has been more of a pass-first facilitator for the Celtics this season, which usually is exactly what they need. Jayson Tatum and Jaylen Brown have been scoring in bunches, and Smart has done a stellar job setting his teammates up.

On Monday night, however, Tatum was struggling with his shot (9 for 23 and 1 for 9 from 3-point range), and the team as a whole was cold from beyond the arc (10 for 37). So, Smart took matters into his own hands, going a perfect 4 for 4 in the fourth quarter to help Boston complete the comeback.

“I just tried to stay aggressive and realize that I had the advantage,” Smart added. “Jayson and Jaylen had it going, but we all know all eyes are going to be on them every night.

“So at times like this, the floor opened up for me, and I just had to make the right read. And tonight it was for me to score the ball.”

The best part is that Tatum and Brown both realized Smart had the hot hand and trusted him to create his own offense, as evidenced when Tatum set a screen to spring Smart for a game-clinching layup.

Credit goes to Griffin for helping Smart adopt a more aggressive mindset, to Smart for heeding Griffin’s words, and to Tatum and Brown for allowing Smart to do his thing. Boston’s selfless, “win anyway possible” approach is a big reason why the team sits atop the Eastern Conference at 11-3.