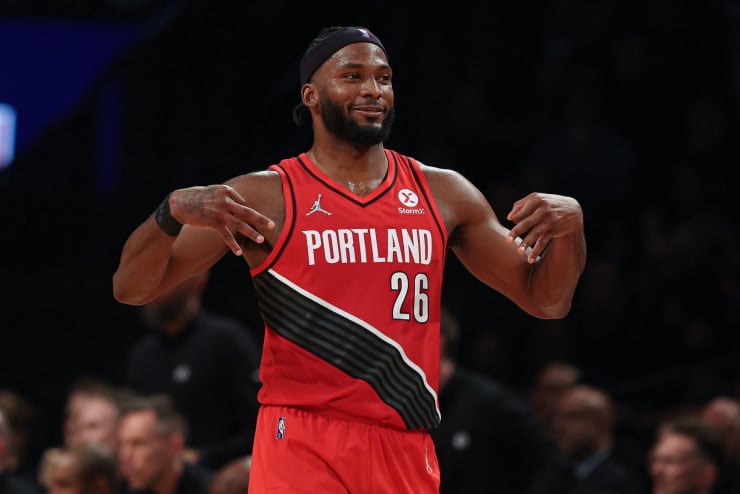 After completing deals to sign both Malcolm Brogdon and Danilo Gallinari this offseason, the Boston Celtics have their eye on another target – Portland Trail Blazers forward Justise Winslow, according to a report.

According to Sean Deveney, Boston could target Justise Winslow with one of their trade exceptions this offseason. Brad Stevens has six TPEs available to use and can absorb Winslow’s $4 million salary with the $5.9 million exception from when they traded Dennis Schroder earlier this year.

The Boston Celtics could target Justise Winslow with one of their trade exceptions, per @SeanDeveney pic.twitter.com/dr6MfTtz02

Winslow, 26, is currently under contract with the Portland Trail Blazers and is an unrestricted free agent in 2023. The forward was selected by the Miami Heat with the 10th pick in the 2015 NBA Draft and remained in South Beach until 2020, before signing with the Memphis Grizzlies and later the Los Angeles Clippers.

The All-Rookie second team member fits like a glove in Ime Udoka’s defense-first philosophy, and was one of the top five players in the league for defensive positional versatility last season among those who had minimum 500 minutes under their belt.

Celtics owner Wyc Grousbeck has made it clear that he is willing to dive into the luxury tax in order to give his team the best possible chance of winning an NBA championship in the near future, something which teams such as the Golden State Warriors have exploited in the past.

Boston, led by superstar duo Jayson Tatum and Jaylen Brown, are the current title favourites according to BetOnline at a price of +500, closely followed by Giannis Antetokounmpo’s Milwaukee Bucks at +600.

Oneil Cruz hits the hardest batted ball in the Statcast era at 122.4 MPH