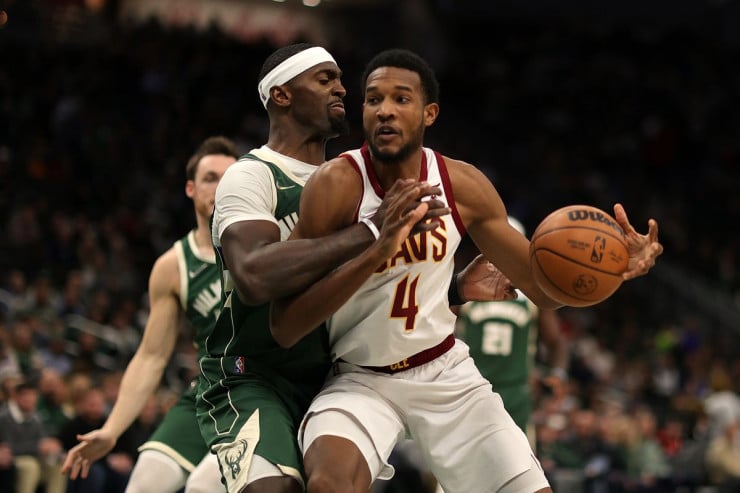 It’s a big Eastern Conference matchup when the Milwaukee Bucks travel to Cleveland to take on the Cavaliers. Let’s take a look at the top NBA picks and betting trends, as well as the starting lineups for tonight’s Bucks vs Cavaliers game.

It’s fourth versus fifth seed when these two teams take the court Wednesday night. This is game 3 of a 4 game series which is currently tied at 1-1.

Milwaukee will be without Grayson Allen after the Shooting Guard was suspended one game for his foul on Alex Caruso on Friday night. The Bucks will be hoping to welcome MVP candidate Giannis Antetokounmpo back into the line up after the Greek star missed their win against the Sacramento Kings on Saturday night. Wesley Matthews was a casualty in that game however and will be watching from the sidelines after suffering a knee injury.

Jrue Holiday and Khris Middleton combined for 60 of the 133 points the Bucks scored on Saturday night. Head Coach Mike Budenholzer will be hoping for more of the same tonight.

The Cavaliers continue to play without star Point Guard Colin Sexton who remains on the injury report.

Cleveland will be relying on Kevin Love to get some buckets after he lead the team in points with 20 in the 95-93 win against the Knicks.

Darius Garland leads the Cavaliers in points per game, averaging 19.7 on 46.5% shooting from the field. Garland also has a free throw success rate of more than 91%.

Milwaukee have had 3 nights off since their last game and in turn had some much needed rest. Cleveland on the other hand had a close fought match with the New York Knicks on Monday.

The Bucks will be looking to kick on with another win tonight. There is only 0.5 games behind both theses teams and Milwaukee will want to get some breathing space pout between them bd their hosts. Cleveland however will know that a win will mean leapfrogging the NBA Champions in the standings.

The ESPN Matchup Predictor NBA gives the hosts a 59.2% chance of victory here however I have a feeling the Milwaukee Bucks will be leaving Ohio with win number 31 on the season.