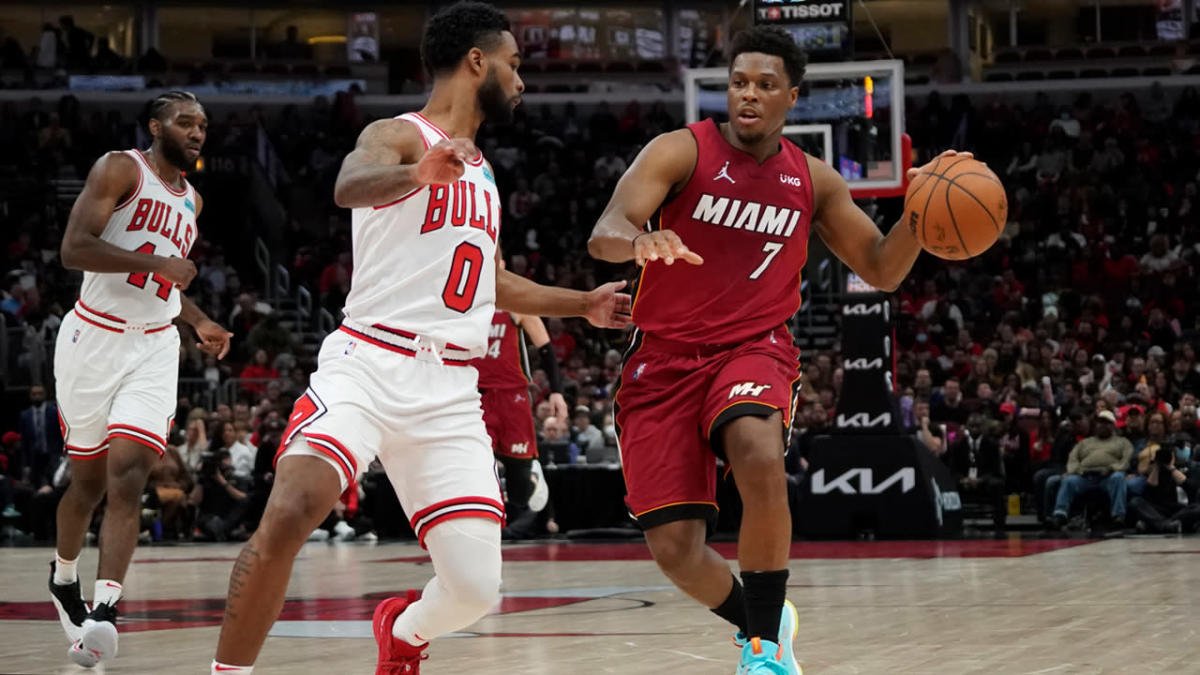 In Coby White’s mind, missing shots isn’t the problem. Not taking them would be.

That’s the mentality any shooter must have during a slump. And following his 0-for-9 outing against the Miami Heat, which included seven misses from 3-point range, White is definitely in a slump.

“It ain’t the first time,” White said. “Only I can dig myself out of this.”

He’s certainly putting in the work. Following a recent game at the United Center, White returned to the court for extra shots. But over his last five games, he is 2-for-24 from point range.

White is still shooting a career-best 37.4 percent from beyond the arc on the season. But he’s trending the wrong direction at a time when games are increasing in importance.

His ability to get hot in a hurry off the bench could be impactful come playoff time.

“I haven’t been shooting well,” White said. “For me, it’s just continue to shoot. It doesn’t matter if I go 0-for-10 or if I go for 0-for-11. The bad thing would be if I stopped shooting, if I stopped taking open shots.

“My teammates tell me to keep shooting. I can’t change what happened. I put a lot of time and effort into this game. I believe in myself and I have confidence regardless of what other people say or think.”

His teammates also believe in him.

“I think Coby shot the right shots. He just missed,” Zach LaVine said. “It’s tough to get in rhythm sometimes when rotations switch up. I think he’ll be OK. He’s tough. He’s dealt with missing shots before, being in a weird situation with rotations. He’ll take it in stride.”

Throughout his first three seasons with the Chicago Bulls, White has displayed a perseverant mindset and ability to navigate ups and downs. That will be needed during this stretch.

Particularly since the Heat utilized a defense that whichever team the Bulls draw in the playoffs surely will follow: Trap DeMar DeRozan and force other players to beat them.

The Heat’s reserves outscored the Bulls’ 56-27. Worse, the Heat punished the Bulls during a second-quarter stretch in which they repeatedly attacked in pick-and-roll to get White matched against Jimmy Butler.

“If he’s not making shots, there are other things in his game that he can do,” coach Billy Donovan said. “He can get into the teeth of the defense. He can pass.  He can make some plays.  He can get downhill… There’s more to Coby than him just making the 3-point shot. He can get more into the game in my opinion.”

Throughout most of this season, White has shown growth in that department. He has attacked closeouts and finished at the rim more efficiently. He has displayed longer stretches of engaged defense.

But against the Heat, White regressed. While he did have three rebounds and two assists, he seemed to let his shooting woes affect his overall game.

“Being around Coby last year, there has been many times I’ve seen him shoot the ball really poorly in a half.  And then I’ve seen him come back and course correct,” Donovan said.  “And you always feel pretty confident with him that he’s going to bounce back.”

Granted, this has been another season in which White’s role and minutes has fluctuated. He started 16 games when injuries piled up. And now, with Alex Caruso back and Ayo Dosunmu starting, his minutes have dropped.

“Obviously, my role in the offense changes. But for me, it’s just adapt. I’ve been doing it all year. I’ve been in the lineup, starting, coming off the bench, playing 15-20 minutes, playing 30 minutes. I’m used to it,” he said. “I’ll figure it out. I believe in myself.”