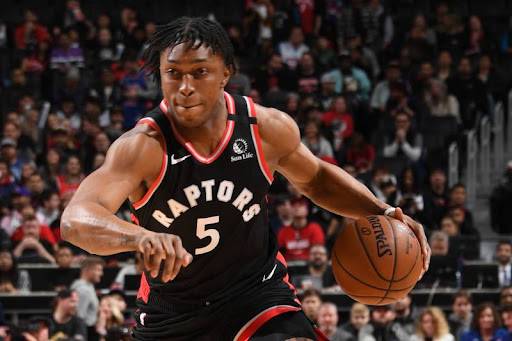 Free agent forward Stanley Johnson is signing a contract with the Chicago Bulls. In the 2020-21 NBA season, the 25-year-old averaged 4.4 points, 2.5 rebounds and 1.5 assists per game in 61 games played on the Toronto Raptors. This was an improvement over his 2.4 points-per-game average in the 2019-20 season.

While playing professional basketball on the Raptors, he hit his first ever game-winning shot against the Philadelphia 76ers on August 12, 2020; Toronto won 125-121 over Philadelphia. Two days later, in the team’s 117-109 win against the Denver Nuggets, the young forward had a season-high 23 points.

During the 2016 NBA Playoffs, he averaged eight points per game with the Pistons. His career-high season average in points came in the 2017-18 season, averaging 8.7 points per game in the regular season. Furthermore, as part of a three-team trade, the forward was traded to the New Orleans Pelicans on February 7, 2019.