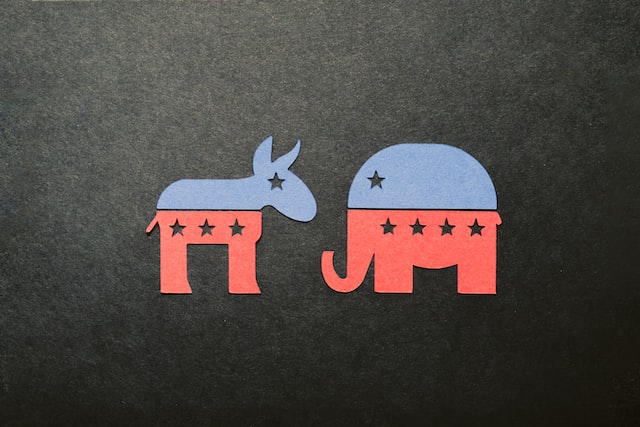 California’s Republican Party has voiced its opposition to Proposition 27, the ballot initiative that seeks to legalize online sports betting on a CA state-wide level.

The GOP recently announced its position on all seven proposals which the Californians will head to the ballots to decide on come November 8th. This, of course, includes Proposition 26 and Proposition 26 which relate to the legalization of sports betting.

The Republicans and Democrats take the same stance on Prop. 27

The Democrats chose to remain neutral on Proposition 26, whereas the Republican Party has come out in support of it. Proposition 26 would legalize in-person sports wagering at tribal casinos and racetracks.

Both sides of the political spectrum are in harmony on their staunch opposition to Proposition 27, however. Proposition 27 is backed by big-name operators and commercial entities such as BetMGM, FanDuel and DraftKings. It’s also recently been given support from Major League Baseball, while other sporting entities have remained quiet on the upcoming ballot that will ultimately decide the near to medium-term future of legalized sports betting in the Sunshine State.

The debate rumbles on – but it’s yet another blow for commercial operators who argue the installation of mobile wagering across CA will only bring benefits to the state. Tribes are staunchly opposed, arguing that it’ll go against compacts signed years prior – and should it get passed, it would be unsurprising if it avoided further legal challenges.

The California Republican Party has announced its positions on the ballot initiatives that will go before voters this November.

Where else has not legalized online sports betting?

California, Texas and Florida remain three of the biggest states to not have legalized sports betting currently and therefore are understandably high on the priority list for commercial operators looking to turn a profit in an ever-increasingly competitive American market.

Using other states as case studies, it’s unlikely (even if the ballot is passed) that CA online sports betting becomes operational any time soon, and the legislative process could also take upwards of 12 months.

Over 25% of the American population still have no access to legal sports betting and many commercial operators continue to outline the potential revenue boost achievable should CA open its doors to state-wide online sports betting and igaming.