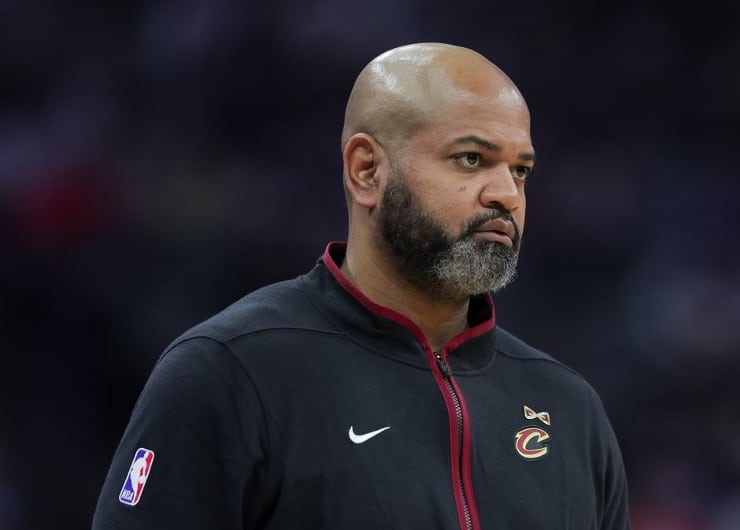 Cleveland Cavaliers coach J.B. Bickerstaff understands his team is in a slump, having lost their fifth consecutive game on Wednesday night by a final score of 113-98 against the Milwaukee Bucks.

The Cavaliers’ five-game skid commenced after their eight-game win streak ended on Nov. 6. They started the season 8-1. Since losing 114-100 to the Los Angeles Lakers, the Cavs have played down to their competition.

According to some NBA betting sites, the Cavaliers have the seventh-best odds to win the championship in 2023. A few sportsbooks are giving the Bucks, Boston Celtics, and Brooklyn Nets higher odds in the Eastern Conference.

“We got kind of a fat cat mentality,” Bickerstaff said after the loss. “We went out and won eight games in a row, everybody was giving us love and praising us, and we got really comfortable.

And we are the team that won those eight games; we are a really good basketball team. This is about maturation and growth from a team as a whole.”

J.B. Bickerstaff believes the Cavaliers have to put away their ‘fat cat mentality’ to end their five-game losing streak

Donovan Mitchell and Darius Garland led the Cavaliers in scoring with 23 points. Of course, Evan Mobley ended his performance with 20 points, 7.0 rebounds, 2.0 assists, and 1.0 steal in 31 minutes played.

Cleveland’s largest deficit of the game was by 20 points.

Furthermore, the Cavaliers rank eighth in the NBA in opponent points, allowing 109.2 points per game. Also, their defensive efficiency rating is 1.067, and this statistic ranks sixth overall.

“These five games don’t emulate who we are, who we’ve been,” added Mitchell. “”We won eight in a row. That’s great. We lost five in a row. OK, cool, let’s get back to the drawing board and get to it.

We’ve done it, we’ve shown we can do it. Looks great, looks phenomenal. We just have to go out there and do it. It’s a long season.”

Offensively, the Cavaliers are disappointing fans at the moment. They rank 10th in points per game, averaging 114.7 points this season. Cleveland is shooting 47% from the floor as well. Though, their offensive efficiency rating is the fifth-best in the league (1.120).