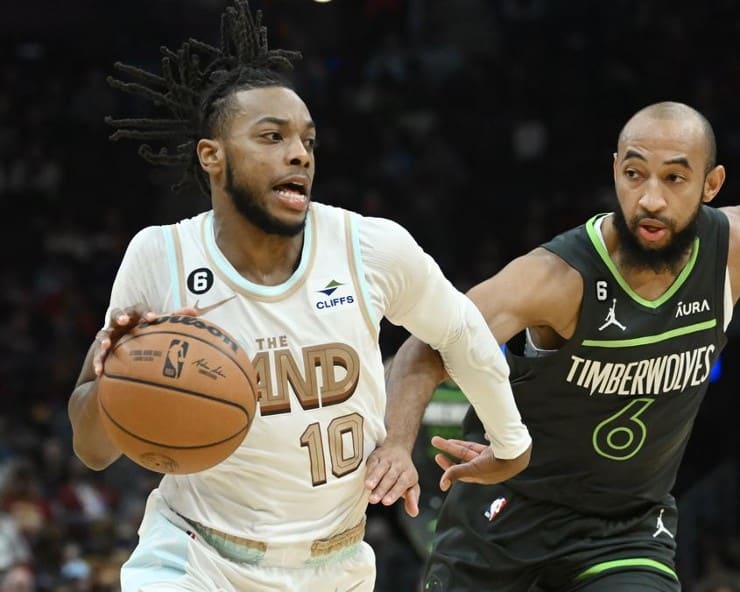 On Friday, Darius Garland dropped a truth bomb amid the Cleveland Cavaliers five-game losing streak. Defense is the key. Despite the team’s latest struggles, the fourth-year guard says the vibes in Cleveland are “still immaculate.”

The Cavaliers began the season 8-1. However, they’re now 8-6 and rank fourth overall in the Eastern Conference standings. Garland believes his team is slacking off defensively.

According to a few NBA betting sites, the Cavaliers have the seventh-best odds to win the championship in 2023. Check out which sportsbooks are showing higher odds for the Milwaukee Bucks and Boston Celtics.

“We stopped playing defense,” explained the Cavaliers guard. With the 22-year-old on the court this season, the Cavs are 1-6. They lost 113-98 to the Bucks on Wednesday.

We have a formula in place that allows us or will allow us to be successful. Holding each other to that [standard] is what we have to do. Right now, we are not.”

During the second quarter of Cleveland’s 108-105 season-opener loss against the Toronto Raptors, Garland was poked in the eye by Gary Trent Jr. Due to a left eye laceration, Garland missed five games.

While the Cavaliers surrendered 113 points to the Bucks and 129 points against the Timberwolves on Sunday, the team is still a dominant team defensively.

Through 14 games this season, Cleveland ranks eighth overall in opponent points, allowing 109.2 points per game. Their defensive efficiency rating is also the fifth-best in the NBA (1.067).

Offensively, the Cavaliers have to play better. They’re averaging 114.7 points per game, the 10th-highest in the league. Garland recorded a career-high 51 points in Cleveland’s 129-124 loss to the Timberwolves.

But inconsistencies are noticeable from game to game. Plus, Mitchell was absent in the Cavaliers’ home loss to Minnesota. When healthy, the duo is one of the best in the league.

With Garland and Mitchell on the court together, Cleveland will have to average at least 117 points per game to keep up with the Celtics (120.4) or Sacramento Kings (120.3).

Perhaps the Cavaliers should improve on both sides of the ball. On Friday night, the team is a 9.5-point favorite at home over the Charlotte Hornets. This matchup will air live at 7:30 p.m. ET.

Mets shouldn't lose Jacob deGrom, and he shouldn't want to leave them

Mets' Mark Canha says 'it would mean a lot' for Jacob deGrom to re-sign, 'selfishly' wants Brandon Nimmo back