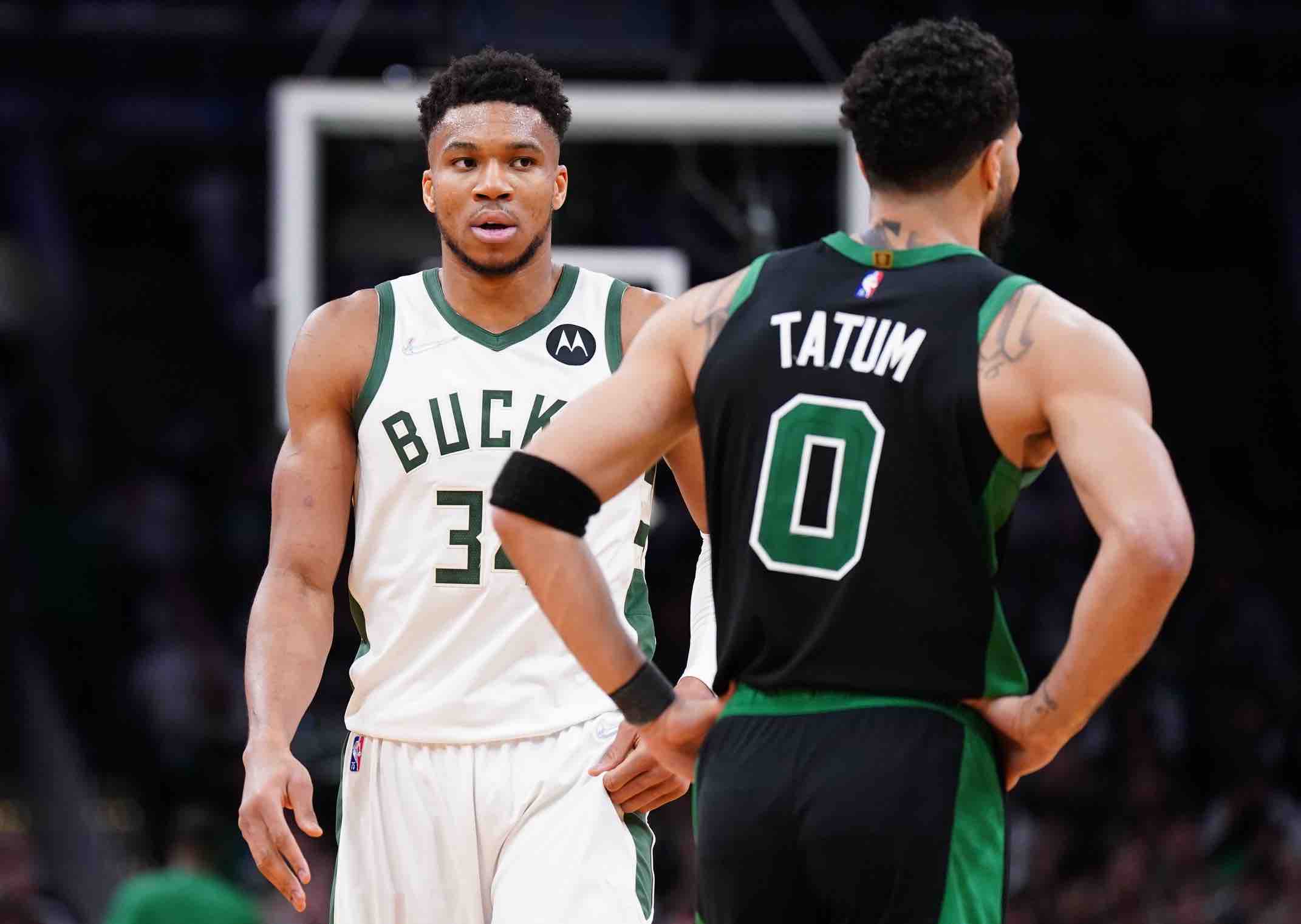 The race for the 2023 NBA championship is well underway with the joint favorites Boston Celtics and Milwaukee Bucks both making strong starts to the regular season.

Boston are on an eight game win streak and sit at the top of the tree with a 12-3 record, one better than Milwaukee’s 11-3 who have lost two of their last three.

Celtics forward Jayson Tatum (+270) is the current leader in the MVP race, overtaking Luka Doncic (+300) and Giannis Antetokounmpo (+350) after an impressive first 15 games averaging 31.1 points, 7.4 rebounds and 4.1 assists a night.

Want to back your pick to win this season’s championship? Check out the best NBA betting sites.

The Boston Celtics and Milwaukee Bucks have looked a level above the competition in the NBA this season, rolling their way to respective 12-3 and 11-3 record.

Jayson Tatum and Giannis Antetkounmpo are locking horns in the MVP race alongside Luka Doncic, whose Dallas Mavericks (8-6) have still enjoyed a positive opening 14 games of the campaign.

The first Celtics-Bucks showdown of the season is on Christmas Day at TD Garden in Boston in a rematch of the same fixture last season when Milwaukee fought back from down 19 to snatch victory.

Despite a rocky start to the season on the defensive end of the floor, the Celtics have the 7th best defensive rating in the NBA across the last 11 games and hold the league’s best offensive and net rating.

Brand new head coach Joe Mazzulla is 12-3 to start his head coaching career, tied with Chris Ford for the 2nd best record by a Celtics head coach through his first 15 career games – bettered only by the late Bill Russell.