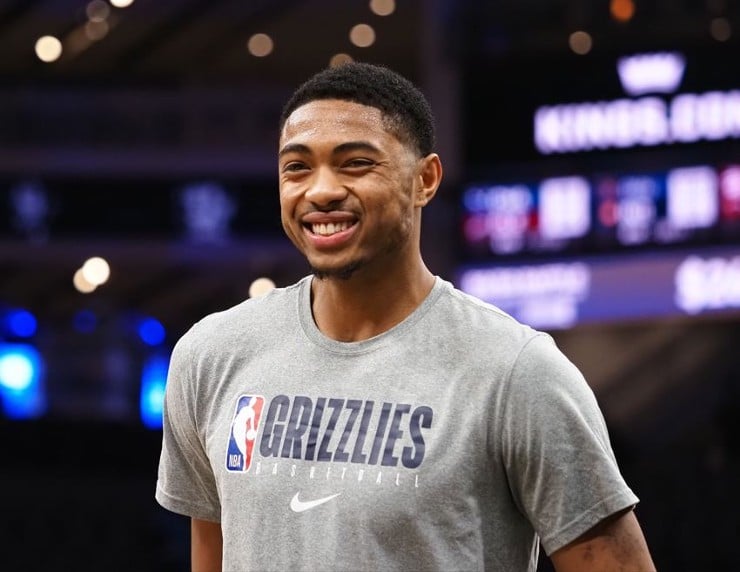 The Boston Celtics have signed free agent forward Bruno Caboclo to a training camp deal. The seven-year veteran was selected 20th overall by the Toronto Raptors in the 2014 NBA Draft.

According to Ryan Mahan of SJ-R Sports, Caboclo is the third player named Bruno in NBA history to play for the Celtics. The other two players are Massachusetts native Bruno Sundov and Houston Rockets center Bruno Fernando.

All three players named Bruno in NBA history have been a member of the Boston Celtics at one point. What a time to be alive.

In eight games played off the bench with the Raptors in his rookie 2014-15 season, Caboclo averaged 1.3 points per game. Of course, in the following season, the forward appeared in just six games.

On February 8, 2018, the Raptors traded him to the Sacramento Kings for Malachi Richardson. Later in the year, Caboclo signed an Exhibit 10 contract with the Houston Rockets.

Then, on Feb. 13, he signed a multi-year contract with the Grizzlies. Nonetheless, Caboclo only played 22 games with them the following season.

The Brazilian will likely spend most of his time with the Maine Celtics, the team’s NBA G League affiliate.

Additionally, after averaging 2.8 points and 2 rebounds per game in the 2019-20 season, the Grizzlies front office decided to trade him to the Houston Rockets for Jordan Bell and a 2023 second-round draft pick.

Furthermore, the forward then signed a contract with the Rockets on November 25, 2020. But his time spent with Houston was short lived.

The 24-year-old can still play at a high level.

More news stories concerning the Celtics and Bruno Caboclo are on the main page.