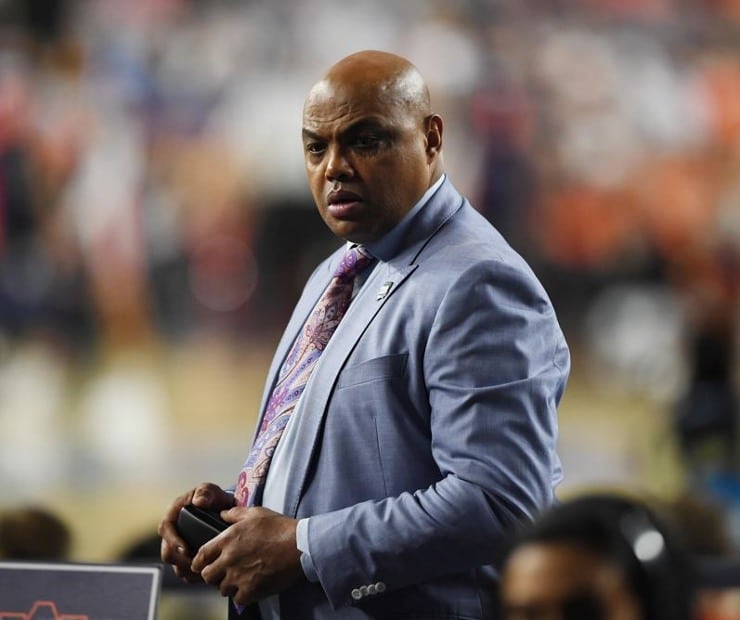 On Tuesday morning, former basketball star Charles Barkley of NBA on TNT added his two cents on the Brooklyn Nets suspending Kyrie Irving at least five games for posting a link to an anti-Semitic documentary on social media.

In an interview with CNN, the NBA analyst was straightforward. “People have the right to feel and say what they want to, we have freedom of speech, but there are repercussions when you say certain things,” said Barkley.

Per a few NBA betting sites, the Nets have the sixth-best odds to win the championship in 2023. Some sportsbooks are showing better odds for the Boston Celtics and Milwaukee Bucks.

“People have the right to feel and say what they want to, we have freedom of speech, but there are repercussions when you say certain things.”

Charles Barkley says the NBA “dropped the ball” on Kyrie Irving and the action it took surrounding his antisemitic tweet. pic.twitter.com/t7ZmUqXNOw

“Listen, I don’t know Kyrie Irving,” continued Charles Barkley. “I don’t know if he’s a good guy or a bad guy. I think he’s been suspended, rightfully so. And I think he should come back and play in the NBA.”

Prior to Irving’s suspension, the seven-time All-Star had already missed several games with the Nets since signing with them in 2019. The guard has made 111 appearances while missing a total of 128 games with Brooklyn.

Last season, Irving played only 29 regular-season games. After refusing the COVID-19 vaccines, the guard was ineligible to play at Barclays Center until March.

Charles Barkley believes Kyrie Irving should come back and play in the NBA, following his Nets suspension

Considering his hefty four-year, $136.49 million contract, Irving has disappointed a lot of fans for reasons that have little to do with basketball. Social media posts were only part of the problem.

“But you know that’s a really slippery slope, because people always talk about freedom of speech, saying whatever you want to,” mentioned Charles Barkley. “But there are repercussions, and he’s paying for that right now.

This thing with free speech has really gotten out of hand. You can’t go around insulting people and think it’s okay just because it’s freedom of speech.”

Asked Jaylen Brown if the Nets’ process with Kyrie Irving is fair: “I think you are asking for a need to satisfy the common public & I’m not sure if that is something that Kyrie is looking to do. I don’t think he meant any harm by posting it.” [1/2]

In 2018, LeBron James got himself into trouble for quoting the lyrics of a song from 21 Savage on Instagram. After posting, “We been getting that Jewish money, everything is kosher,” James issued an apology.

Of course, the league did not take any action to discipline LeBron.

“I don’t use the term ‘cancel culture’ because I don’t want anybody canceled. But you should be called to the carpet if you said something wrong,” added Charles Barkley.

“No, I don’t think somebody should lose their job or things like that. But you should be called out if you said something stupid.”

While the Nets disciplined Kyrie Irving, the league has not. Following the incident, NBA commissioner Adam Silver released a statement on Irving’s actions, denouncing the social media post.

However, some former players are surprised that owners and league executives did not come down harder on the Nets guard.

Were Jalen Hurts, Eagles exposed by Commanders in Week 10? | THE HERD