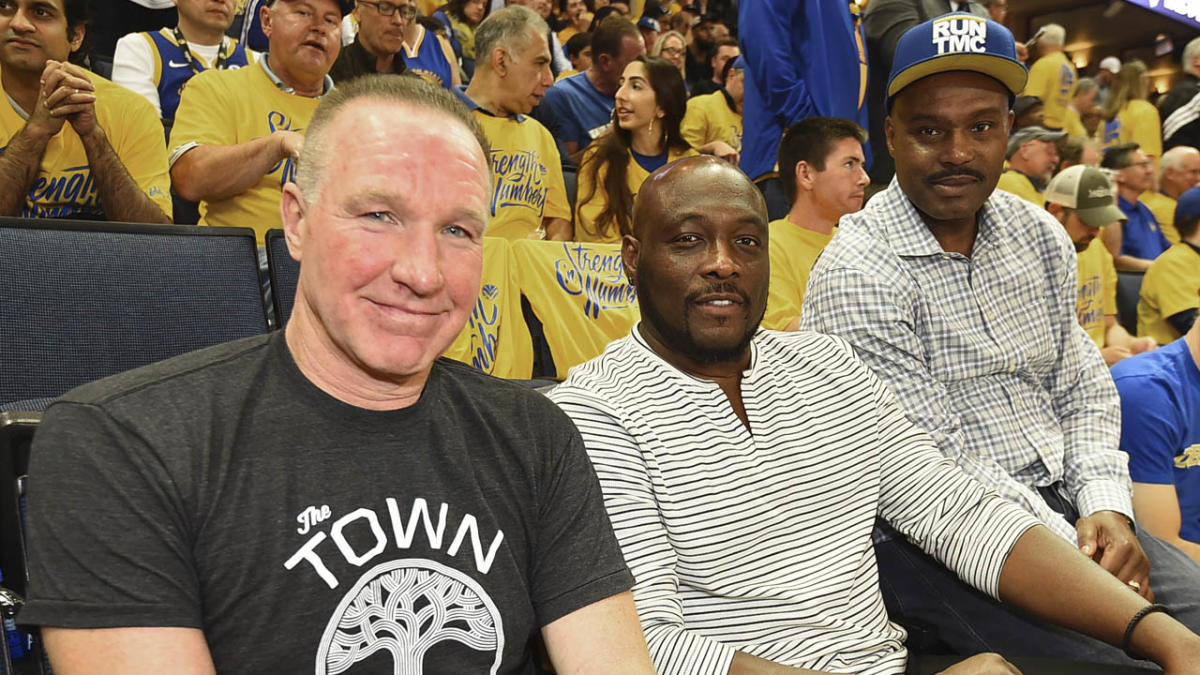 Chris Mullin, Tim Hardaway and Mitch Richmond played together for just two seasons, but they became like family while dominating the court as Run TMC for the Warriors.

And during those two seasons, from 1989 to 1991, Mullin credits his “brothers” for sparking new life into Golden State’s culture — and himself.

“It’s been an incredible relationship we’ve had, [and] obviously it started with our connection with the Golden State Warriors on the court,” Mullin told NBC Sports Bay Area’s Monte Poole on the latest episode of “Dubs Talk.”

“I got to the Warriors in 1985, so when Mitch came in ’88 and then Tim came in ’89, they were godsends for me, not only as teammates. Their love of the game, their passion for the game, their competitive nature — all things that bonded us — [were] something I was looking for in teammates at that point in time.”

Hardaway and Richmond came in and immediately changed the Warriors’ “entire culture,” Mullin said. Run TMC was the NBA’s highest-scoring trio during the 1990-91 season, and the Warriors’ 44-38 record that year was the franchise’s best finish in nine campaigns.

That kind of success helped put Warriors fans back in the seats, Mullin added, and ultimately made his life more enjoyable with two lifelong friends both on and off the court.

It’s hard to believe Run TMC played together for just those two seasons, but it’s evident those years left an impact that has resulted in a once-in-a-lifetime relationship between the three. And when all was said and done, the Hall of Fame trio left its own mark on the Warriors franchise, too.

RELATED: Hardaway says Run TMC ‘ahead of our time’ in HOF speech

Dub Nation never will know what more Run TMC could have achieved had the group stayed together just a bit longer. But Mullin, Hardaway and Richmond gained something that rivals any on-court success they might have had.

“People say championships bond you forever,” Mullin said. “Well, those two seasons we played together bonded us for life — our families, our lives.

“So, it’s one of those relationships that I cherish … We are brothers, we’re a family and we’re always there for each other.”

McDaniels, Carr, Adams at odds about Raiders' effort vs. Colts