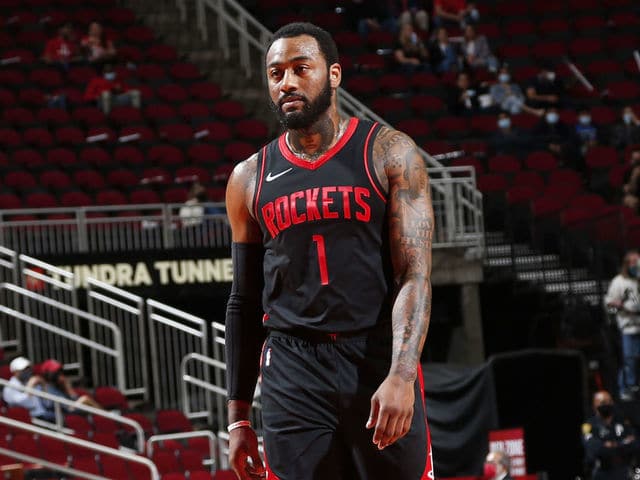 According to sources, the Los Angeles Clippers have negotiated a trade with the Houston Rockets for five-time All-Star John Wall. However, they aren’t the only competitors pursuing the North Carolina native. The Detroit Pistons and Miami Heat are also expressing interest in trading for the 10-year veteran. Though, one of the biggest roadblocks preventing Rockets general manager Rafael Stone from shopping Wall is his outrageous contract. Furthermore, there are no buyout plans for the veteran.

The Rockets have been fielding offers for John Wall, including from the Clippers, Heat and Pistons, per sources. After taking a major PR hit for the James Harden trade, the Rockets aren’t rushing into any deal. One Houston exec: “We have to win this trade.’’

Notwithstanding his bloated contract, the 31-year-old has also under-performed — but this is quite debatable. Last season, the guard averaged 20.6 points, 3.2 rebounds and 6.9 assists in 40 games played. Not to mention, he shot 40.4% from the floor and 31.7% from behind the arc. Wall played the first nine seasons of his professional career with the Wizards. He was selected first overall by the organization in the 2010 NBA Draft. The guard has not earned an All-League selection since the 2016-17 season.

After undergoing surgery, he developed an infection in the incision, and the guard later sustained a fractured Achilles tendon after slipping in his house. Having said this, the injury-prone star can still play at a high level. He even had one triple-double last season. Wall could serve as Kawhi Leonard’s replacement on the Clippers in the 2021-22 season. Leonard will miss a fair portion of next season due to his ACL surgery. Per Basketball-Reference, Wall has a hall of fame probability of 32.4%.

The Heat and Pistons must overcome salary cap issues

The Heat have a total cap allocations amount of $141,176,980. Their current luxury tax space is $436,554. Not to mention, their hard-cap space amount is $6,832,554. If any basketball executive can make a blockbuster trade happen, it’s Pat Riley. On August 6, 2021, the Toronto Raptors traded six-time All-Star Kyle Lowry to the Heat for Precious Achiuwa and Goran Dragic. Based on the team’s salary cap, Jimmy Butler is set to earn $36,016,200 this season, leading all other contracts on the roster.

On the flip side, for the Pistons, their total cap allocations amount is $126,034,438. Detroit’s luxury tax space is $12,360,818. The team is $13,620,438 over the cap right now. Their maximum amount for projected practical cap space is $33,661,325. Pistons fans should not feel discouraged, however. Jerami Grant’s contract consumes only 15.87% of the team’s total salary cap. A trade to Detroit is definitely in the cards for John Wall. He would fit in nicely with first overall pick Cade Cunningham as well.

Why John Wall’s future might not find a resolution soon