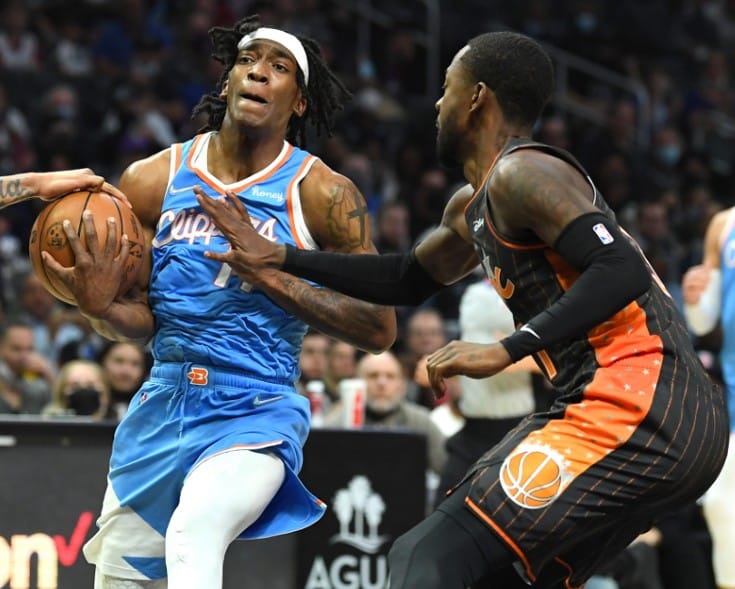 In Wednesday night’s interconference matchup, the Los Angeles Clippers (24-25, 23-26 ATS) are facing off versus the Orlando Magic (9-39, 21-27 ATS); NBA picks are featured here. Will Cole Anthony and the Magic obtain their first win against the Clippers this season? In addition to the starting lineups, our top NBA picks and betting trends are available below.

All Clippers vs Magic betting odds can be found at BetOnline

Moreover, in the Clippers’ 116-115 road win over the Wizards on Tuesday, guard Amir Coffey scored a team-high 29 points in 37 minutes spent on the court. Luke Kennard finished his performance with 25 points, 8.0 rebounds and 6.0 assists in 30 minutes played as well. Los Angeles has won five of its past 10 games. Their inconsistencies are duly noted. The team is 15-12 at home, 9-13 away and 11-11 ATS on the road.

As for the Magic, on Sunday, in the Magic’s surprising 114-95 home win versus the Bulls, Moritz Wagner led his team in scoring, amassing 23 points in 25 minutes played. Forward Wendell Carter Jr. had 19 points, 7.0 rebounds and 1.0 assist in 28 minutes of action, too. That was Orlando’s second win in its last 10 contests. Counting this victory, the Magic are now 3-17 at home, 6-22 away and 5-15 ATS at home this season.

According to ESPN’s Basketball Power Index, the Magic have a 52.6% chance of winning.

On another subject, the Wizards did blow a 35-point lead versus the Clippers in Tuesday’s game. After the contest, reporters asked Bradley Beal how he felt. He said, “It’s embarrassing. There’s no other way to put it. I literally was sitting for the last 10 to 15 minutes. I have no words besides embarrassing and I don’t know.” Los Angeles scored an incredible 80 second-half points!

“It’s embarrassing. There’s no other way to put it… I literally was sitting for the last 10-15 minutes. I have no words besides embarrassing and… I don’t know.”

Can the Magic be trusted to win back-to-back home games? This is a question all interested gamblers should ask themselves prior to placing a bet. Franz Wagner and Cole Anthony can only do so much. Therefore, pick the Clippers to win, they will cover the spread and the total will go over 213.5. If you are new to sports betting, we recommend reading our handicap betting guide. Other NBA Picks are on the main page.

New Giants G.M. Joe Schoen: “I think you can compete today and still build for tomorrow”