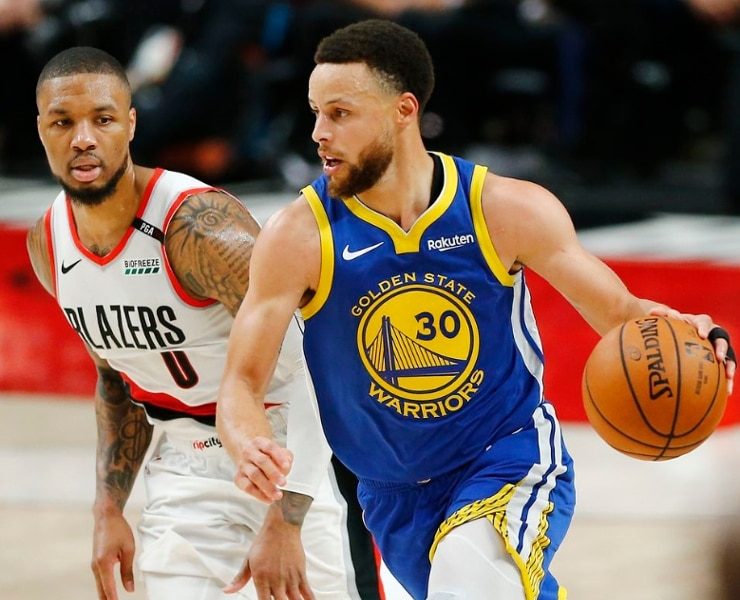 On Monday, October 4, 2021, the Golden State Warriors are playing against the Portland Trail Blazers at the Moda Center; free daily NBA preseason picks are viewable here at Basketball Insiders. This game begins at 10 p.m. ET.

The matchup can be watched live via NBA League Pass, NBA TV or Root Sports Northwest. While bettors might be interested in placing bets on these preseason games, sportsbooks have yet to release the betting odds. Bovada is one of the best NBA betting sites, though.

In the 2020-21 NBA season, the Warriors ended their season with a record of 39-33 (.542), ranking ninth overall in the Western Conference. They fell one game short of qualifying for the postseason. On Nov. 19, 2020, Klay Thompson tore his right ACL, sidelining him for the remainder of the 2020-21 season. The 31-year-old is expected to fully recover and return to play in December, per ESPN.

Moreover, in the 2021 NBA Draft, the Warriors selected Jonathan Kuminga seventh overall and Moses Moody at No. 14. Kuminga played for the NBA G League’s Ignite. In their offseason, Jonathan was signed to a rookie-scale contract on Aug. 3. A day later, the team also waived forward Alen Smailagic. Then, Moody was signed to the active roster. On Aug. 6, forwards Nemanja Bjelica and Otto Porter Jr. were signed. Andre Iguodala signed with Golden State four days later as well.

Furthermore, as for the Trail Blazers, they finished 42-30 (.583) last season. The team ranked sixth overall in the Western Conference. However, they lost in six games against the Denver Nuggets in the first round of the playoffs. Portland has the longest active playoff streak in the NBA, dating back to the 2013-14 season. Since then, they have made the playoffs every season.

In the offseason, Portland signed forward Cody Zeller from the Charlotte Hornets. Guard Ben McLemore was signed on Aug. 6, and the organization re-signed guard Norman Powell. On Sept. 23, guard Keljin Blevins was signed to a two-way contract. Even today, the Trail Blazers have top-five odds of trading for Ben Simmons from the Philadelphia 76ers. Although, the asking price remains high.

After the Trail Blazers’ season ended, the organization and head coach Terry Stotts mutually agreed to part ways. Stotts coached the team for nine seasons. Afterwards, Chauncey Billups became the next head coach. Billups previously served as an assistant coach for the Los Angeles Clippers. Bettors are unsure what to expect from Portland this season.

On that day, the two-time MVP became the franchise’s all-time scoring leader (17,783), passing Wilt Chamberlain. However, Curry alone cannot overcome all the obstacles. Due to injuries and other factors, the Warriors misdeed the playoffs last season. Between these two teams, the Warriors have the edge. Pick Golden State to win. Typically, teams with new coaches start off slow.

1.) First, one must create his or her own username. This will require a first name, last name and date of birth.

3.) Lastly, the user is required to verify his or her age and enter a specific zip code. Then, click the red “REGISTER” box. Enter the bonus code when making a deposit. A deposit can be made via Bitcoin or Bitcoin cash. VISA and Mastercard are other payment options.

Report: Damian Lillard would like to play with Sixers star Ben Simmons

Report: Damian Lillard would like to play with Sixers star Ben Simmons