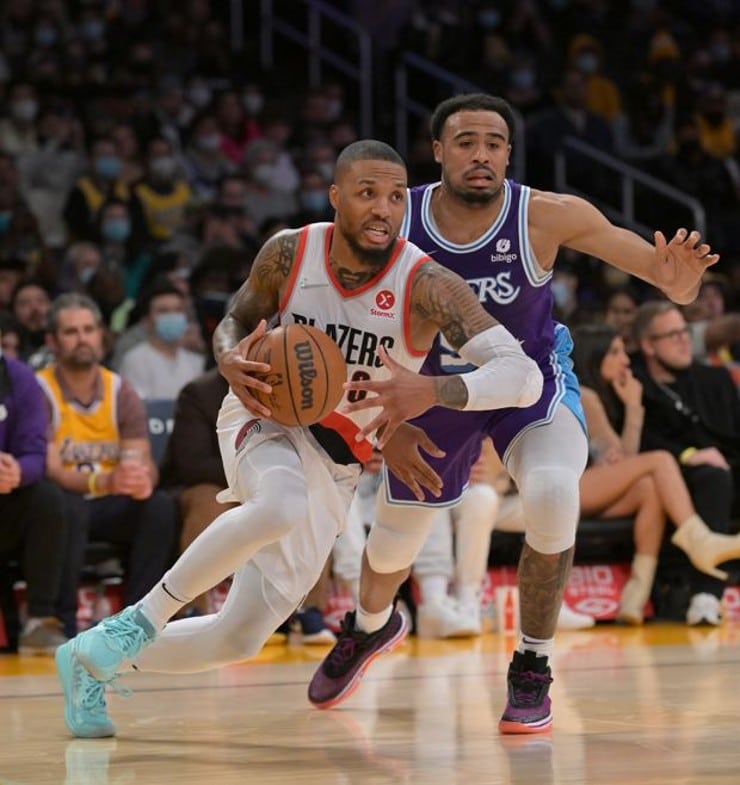 Portland Trail Blazers star Damian Lillard plans on spending the remainder of his NBA career with the team. At least that’s what the 10-year veteran hinted at during his casual discussion on “The Dave Pasche Podcast.”

“Yes, I do [plan on being a Blazer for life],” Lillard told Pasch on the podcast. “I’ve had my share of people saying ‘Man, you got to get out of there! You’ve got to do this, you’ve got do to that.’”

“But I’m the type of person that I’m never going to be marching to the beat of nobody else’s drum,” continued Lillard. “I’m gonna always do what I feel like is in my best interest and that I really feel in my heart.”

In early January, the six-time All-Star underwent surgery for an abdominal injury. He was ruled out 6–8 weeks.

However, he was still feeling discomfort during his recovery process. Lillard was ruled out for the remainder of the season in March.

Damian Lillard: “I do plan on being a Blazer for life”

“I’ve said this on many different occasions, they call it ‘He’s being loyal!’ and ‘Loyalty this, loyalty that’ and I’m like, I’m naturally a loyal person but I do have a level of loyalty to the organization, but this loyalty that they’re talking about is ultimately to who I am as a person,” continued Damian Lillard.

“I’m being loyal to who I am and not getting beside myself because I’m somebody that, I believe what I believe.”

Furthermore, Lillard is not only a member of the NBA 75th Anniversary Team, but he’s arguably the greatest Trail Blazer in franchise history. That comment might be a bit of stretch for some fans. Though, he’s still a top player.

Lillard’s right up there with forward Sidney Wicks and guard/forward Clyde Drexler. Of course, Drexler’s No. 22 jersey was retired by the team on March 6, 2001.

Roberto Clemente Day to be held throughout MLB on Thursday