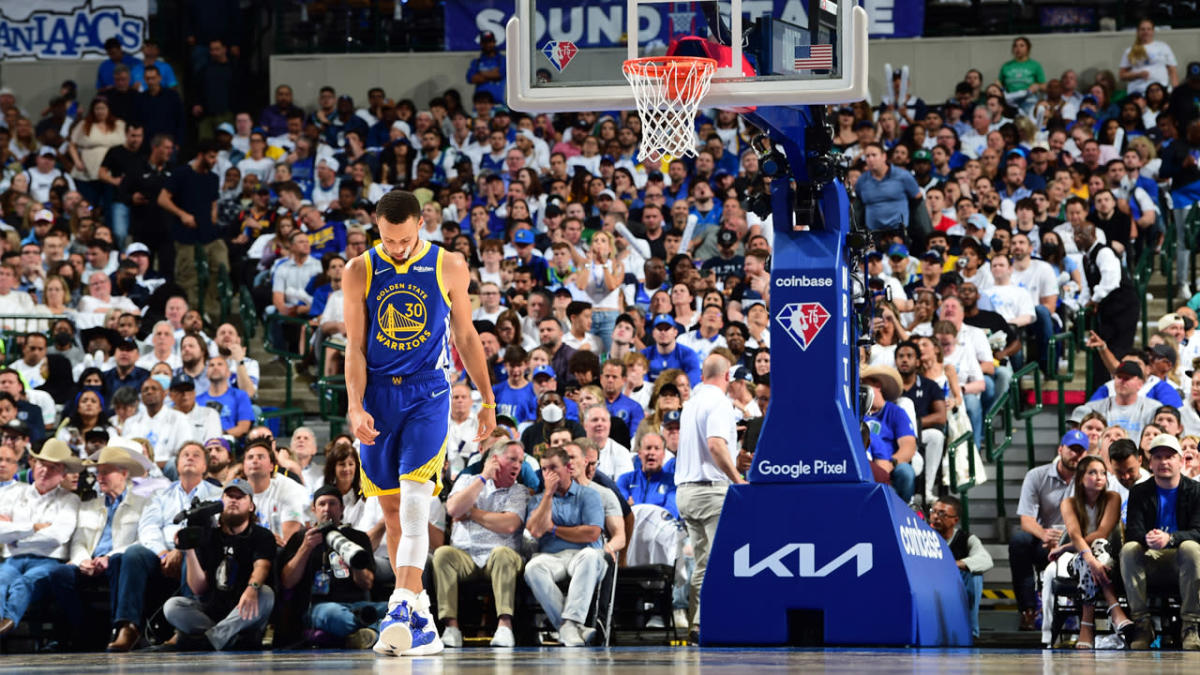 The freshest team in these NBA playoffs came out for the opening tip Tuesday in Dallas with a chance to win the Western Conference finals and by the second quarter looked tired. Or disinterested. Maybe distracted.

Surely, the Warriors were disengaged.

Given the tragic events of the day in south-central Texas – 21 people murdered, 19 of them children – isn’t that only natural?

By the beginning of the fourth quarter, facing a 29-point deficit, the Warriors were surrendering Game 4 to the Mavericks and preparing for Game 5 on Thursday night at Chase Center.

The Warriors trailed by as much as 29 before coming away with a 119-109 loss that left them with a three-games-to-one lead in the best-of-seven series.

On a night when tragedy hung over the proceedings, when coach Steve Kerr bypassed pregame basketball talk to make an impassioned plea to government, Golden State’s core rotation players never seemed to “lock in,” as Stephen Curry likes to say.

“I appreciate his leadership. It was on everybody’s mind coming into the game,” Curry said of Kerr’s pregame statement. “It’s kind of hard to stay focused on going out and playing basketball knowing what happened in his state.

“I’ve got kids. Send them to school every day. Drop them off. You feel for the parents that are going through what they’re going through. I can’t even imagine the pain.”

Perhaps because it’s unimaginable. Sports at times can feel so small, and this was such a time.

After spending considerable time Monday claiming to have learned lessons from failure in closeout games at Denver and Memphis in the first two rounds, the Warriors were guilty of some of the same lapses and oversights in Dallas.

Most notably, sloppy defense. Defense without consistent attention to detail. Defense that looked a lot like that which was played as the Warriors were slumping and skidding through January, February and March.

“We weren’t alert tonight, defensively,” Kerr said. “We weren’t sharp. We let them get into a groove, and once a team like that gets into a 3-point groove it’s tough to get them out of it.”

The Mavericks drained 20 3-pointers, shooting 46.5 percent from deep and 50 percent overall. They played like a team on the brink of elimination but unwilling to embrace the joys of summer. Making 7-of-12 from distance in the first quarter was a warning of where the night was headed.

“That confidence started early, and we didn’t really do nothing to slow it down,” Curry said. “And that’s when the avalanche starts.  It’s a good lesson learned. Tip your hat to them because they made a lot of shots. We had a couple breakdowns in our zone that gave them easy looks and they made us pay.”

“As a coach, my job is to get the team ready to play,” Kerr said. “It’s difficult to keep perspective on a day like today. But that’s the shock and the grief, the anger, it’s there from all of our guys. And I’m sure everybody in the building.

“So, you have to accept that and go out the play. That’s what we tried to do.”

It was laborious. Tedious. Focus clearly was divided, certainly among the coaches and players who are fathers. It was not to be.

Fans flocking to the Thrive City patio at Chase Center carrying brooms in anticipation of a sweep had to tuck them away, as Dallas prolonged the series against reasonable odds and under grim circumstances.

For the Warriors, this was that rare postseason loss that feels about as painless as possible. Even the most devoted fan can understand why.

Tigers double lead over Gamecocks thanks to Shipley’s big drive