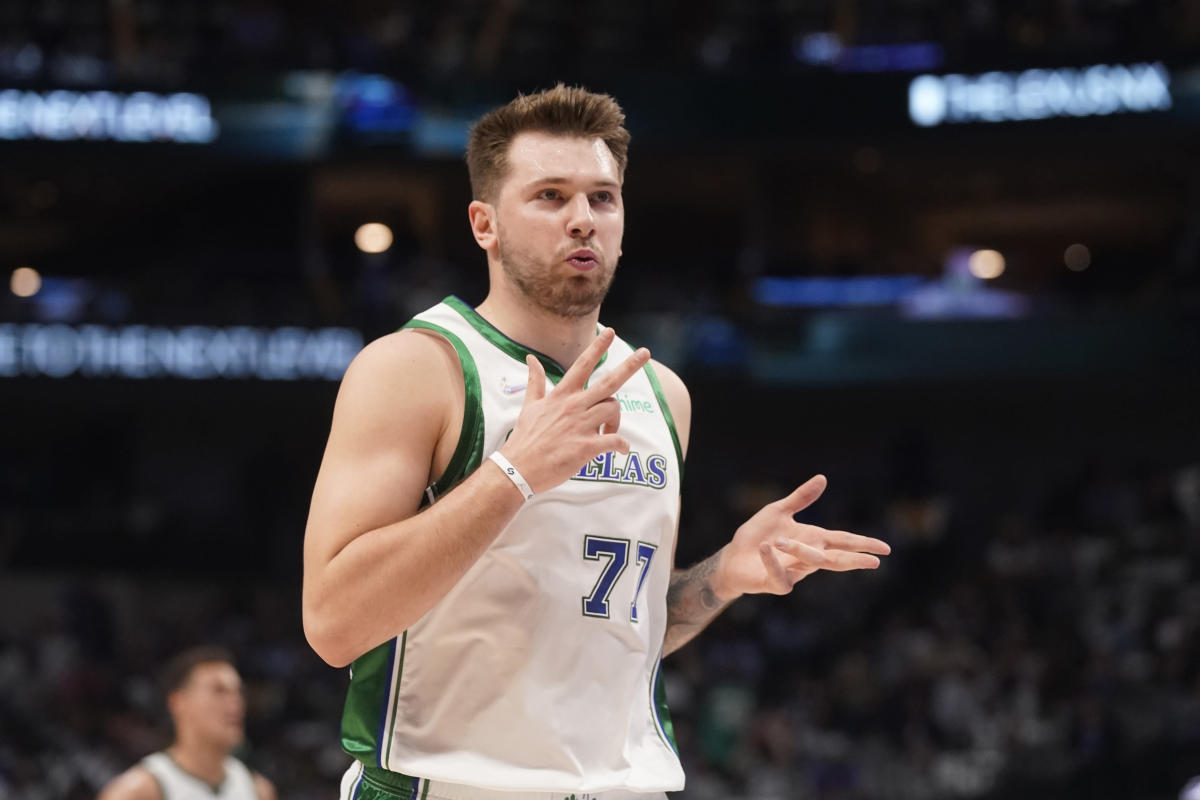 DALLAS (AP) Luka Doncic had 39 points, 11 rebounds and his 16th technical foul of the season for the Dallas Mavericks, who will open the playoffs at home for the first time since 2011 after their 128-78 victory over the Portland Trail Blazers on Friday night.

The Mavericks will play their regular-season finale Sunday without Doncic, unless the technical foul is rescinded by the NBA office. If upheld, his 16th of the season means an automatic one-game suspension.

Dwight Powell added 18 points, Dorian Finney-Smith 15 and Spencer Dinwiddie 14 for the Mavericks (51-30), who are guaranteed a top-four seed in the Western Conference. None of the Mavs’ top four scorers played after the third quarter.

Dallas will open a first-round playoff series at home for the first time since its 2011 NBA championship season. That was when Jason Kidd, now the head coach, was the point guard. They have lost first-round series their last six playoff appearances since.

There is still the chance Dallas could move to the third seed since it owns the tiebreaker over Golden State (51-29), which has games remaining at San Antonio and New Orleans.

Drew Eubanks had 18 points and Ben McLemore 14 for the Trail Blazers (27-54), who trailed throughout while losing their 10th game in a row. They have dropped 20 of 22 overall.

Doncic was assessed his 16th technical after he was undercut by Portland’s Elijah Hughes when taking a shot from beyond midcourt at the end of the first quarter. As soon as he fell, Doncic extended both of his arms and pleaded his case to the referee closest to him. He then got up and went to talk to lead referee Tony Brothers, who issued the technical.

In between quarters, Doncic could be heard telling a Mavs official that he asked Brothers, ”How is that not a foul?” before getting the technical.

After taking an inbound pass in the backcourt with 2.6 seconds left, Doncic moved by Hughes, who reached in and then appeared to stumble. That led to contact with Doncic, who was then in the air and fell on his rear end while the shot was no good.

Doncic already had 13 points, eight rebounds and four assists by that point, when the 36-13 lead was the largest for the Mavericks at the end of the first quarter this season. Powell had 11 points in the quarter.

Trail Blazers: Portland lost its final six road games. The Trail Blazers, who lost at New Orleans on Thursday night, finished 6-9 in the second game of back-to-backs – 1-5 in those games on the road.

Mavericks: Brothers was also the lead referee exactly a week earlier when the Mavericks lost at Washington, and Kidd as ejected when he was called for two technical fouls in the fourth quarter. After that game, Kidd said Brothers has now thrown him out as a player and as a coach. Kidd said then: ”What I said to him was, `Whose ball is it?’ And he took that personal, unfortunately, and threw me out. It happens.”

Trail Blazers: Close out the season at home Sunday night against Utah, which is 3-0 this season against Portland.

Mavericks: Play their regular-season finale at home against San Antonio on Sunday night.

Dwight Powell with an alley oop vs the Portland Trail Blazers