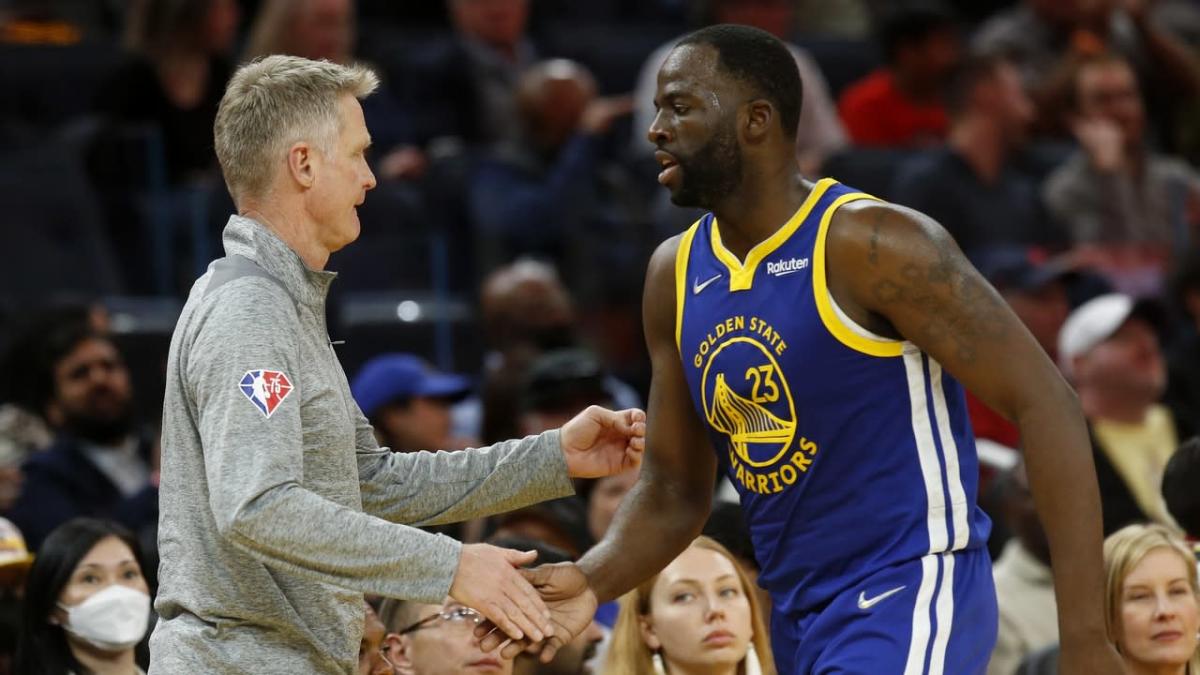 Draymond Green and Steve Kerr have been a part of plenty of successful seasons in their time with the Warriors, and their win totals over the past nine years speak to that.

For the seventh time in nine seasons, the Warriors clinched a 50-win season after a 109-90 victory over the Sacramento Kings on Sunday. But neither Green nor Kerr take the success for granted, especially this season.

After beginning the year 18-2 and seemingly well on their way to 50 wins, the Warriors ran into injury issues and faded down the stretch. But with three games to spare, Golden State managed to reach the 50-win mark after two straight seasons near the bottom of the standings.

“Fifty wins is not easy in this league,” Kerr said to reporters after the game. “I told the guys in the locker room afterwards, ‘I don’t care how we got here, we got here. If you can win 50, you’ve had a hell of a year.’ So I’m really proud of them.”

Kerr continued: “We’ve had all kinds of adversity, injuries, absences. Our guys have stuck together and competed and here we are. Now the key is can we keep it going and build this momentum going into the playoffs.”

Green was a central part of the Warriors’ core in the years where it seemed like a guarantee that they would win 50 games. But after two years in the lottery, the veteran said this year’s team getting to 50 wins is a special accomplishment because it’s not just him, Steph Curry and Klay Thompson leading the charge.

The Warriors are now also relying on youngsters like Jordan Poole and Jonathan Kuminga to play key roles.

“It’s a great feat for such a young team,” Green said. “This is still a young team, a very inexperienced team. We have a few guys who are experienced, but beyond that there’s not much.”

Green said it means a lot that the younger players can experience winning and know how much effort it takes to have a successful season.

“It hasn’t been easy to get to 50 wins for us,” Green said. “How hard it is, all the things that could go wrong, how you’ve got to stay the course — I think it does mean a lot. It’s great to be back where we are. Now we got to continue to build and try to roll into these playoffs.”

Cavaliers' J.B. Bickerstaff calls out officiating after loss to 76ers: 'We deserved to win that game'

Lakers' Anthony Davis wonders 'what could have been' as loss to Nuggets further damages L.A.'s playoff hopes