Not long after the Brooklyn Nets suffered their largest defeat of the season on Tuesday, Kevin Durant didn’t hide his feelings about his 6-9 squad.

In an interview with Bleacher Report, Durant said that while he’s enjoying his current tenure with the Nets, he acknowledged the reality of the situation he’s in, especially with Kyrie Irving suspended and Ben Simmons struggling to return to form.

“Look at our starting lineup: Edmond Sumner, Royce O’Neale, Joe Harris, [Nic] Claxton and me. It’s not disrespect, but what are you expecting from that group?” Durant told Bleacher Report. “You expect us to win because I’m out there. So if you’re watching from that lens, you’re expecting us to play well because No. 7 is out there.”

Durant also told Bleacher Report that the reasoning for his trade request over the summer “was about ball,” recalling that he told the Nets that, “I don’t like how we are preparing. … Hold me accountable. Get on my ass in film if that’s going to help you get on everybody else’s head.” 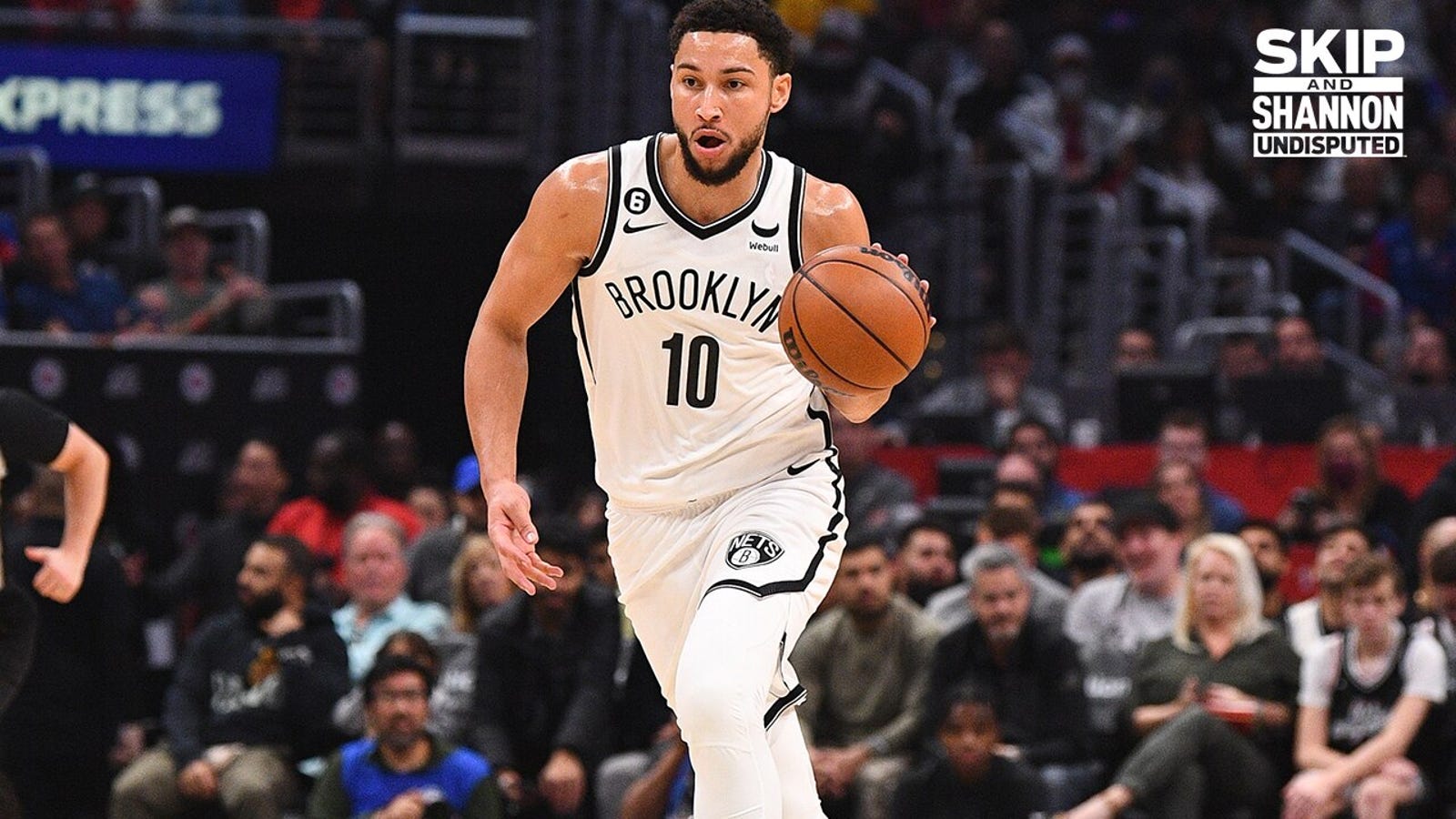 Shannon Sharpe and Skip Bayless discuss whether Ben Simmons is a lost cause or not after major struggles to open the season.

Durant eventually recanted his trade request, but Brooklyn still made a big move early in the season by firing coach Steve Nash. Durant told Bleacher Report that he likes how Jacque Vaughn — who was first named the interim coach before being promoted to a full-time role earlier in November — prepares the team, even after giving up 153 points to the Kings on Tuesday.

“I just like good practices, I like a good preparation, I like good energy, and we’ve been showing that, to be honest,” Durant said. “Coaches have been doing a great job. … I think we’ve been preparing ourselves well. Guys want to win. We’re out there playing as hard as we can. That’s really what I need.”

While Durant gave more of an optimistic tone about the outlook of the Nets, that feeling doesn’t seem to be universal in Brooklyn.

The Nets are still figuring out when to reinstate Irving after his recent suspension. In addition, with regard to the former All-Star Simmons, coaches and players on the team are “concerned about his availability and level of play, with some questioning his passion for the game,” The Athletic reported Wednesday.

Simmons, who missed all of last season after requesting a trade from the Philadelphia 76ers before suffering a back injury, is scoring just 5.8 points per game so far this season. And as evidenced by Tuesday night, Simmons’ All-NBA defensive ability could be a thing of the past.

Simmons recently told “The Athletic” that while he understands the concerns surrounding his recent return to the floor, he’s been battling injuries through the first month of the season.

” … I’ve been dealing with the knee since the start of the season,” Simmons revealed. “It’s been swollen. I had PRP (injections). I had blood drained a couple times. So it’s not a made up thing, you know? It’s a real thing.

“I get (the skepticism), but I think the one thing with me is that I’m a competitor. I want to win and play. So I’m gonna do what I can to get out there.”

Simmons has missed five games this season and has come off the bench in his last four appearances.

Shannon Sharpe said Wednesday that it might be time to view Simmons a “lost cause,” but not because of the injuries he’s dealt with this season.

“I still don’t believe that Ben Simmons has come out of that mental fog that happened to him in Philly,” Sharpe said on “Undisputed.” “Sometimes, that feels like an injury because sometimes we can create our own demons, and we have to chase those things away.

“Ben is not the same. … I don’t want to sit here and say he don’t love the game, but he doesn’t even resemble [his old self]. It’s not even close, other than that he looks like Ben Simmons. Nothing about his game says he’s Ben Simmons. I didn’t ever expect the man to shoot 40% from the 3. I didn’t expect him to shoot 70% from the free-throw line. But man, he just seems like a lost cause. It just seems like one thing after another.”

The Nets close out their West Coast road trip on Thursday against the Portland Trail Blazers before heading back East.