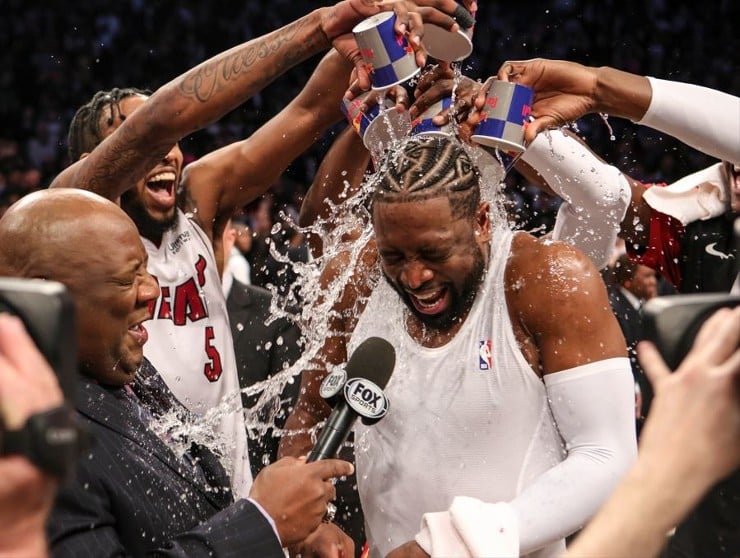 Retired Miami Heat star Dwyane Wade made the list of the 2,000 residents in Los Angeles, California accused of exceeding water usage during the ongoing drought.

According to data retrieved from Drought.gov, about 97% of Los Angeles is facing a “severe drought.” Due to a lack of precipitation, this year became the fourth-driest year for the City of Angels in the last 128 years.

Based on documents from the Las Virgenes Municipal Water District, numerous celebrities were issued “notices of exceedance” for using over 150 percent of their monthly water budget.

In addition to the three-time NBA champion, other residents of Los Angeles exceeded their water allowance four times since the end of 2021. And the notices were sent to citizens in May and June. This is not a good look for Wade.

On May 17, the LVMWD Board voted to pass a one-day-per-week outdoor watering restriction. This ordinance was specified by the Metropolitan Water District of Southern California (MWD) in their Water Shortage Emergency Condition. Stage 3 of the plan went into effect on June 1.

Furthermore, then came June. Wade and his wife, Gabrielle Union, exceeded their daily water allowance by 1,400%. This translates to approximately 90,000 gallons of water over the allocated limit.

From Newsweek, Wade and Union exceeded the water budget by 489,000 gallons.

The couple released a statement to Newsweek, informing reporters that they were “doing everything we can to rectify the situation and will continue to go to extensive lengths to resolve the issue.”

Per multiple reports from the Los Angeles Times, other celebrities on the list include Kevin Hart, Kim and Kourtney Kardashian and Sylvester Stallone.

Moreover, a spokesman for Las Virgenes was interviewed by the Times. Mike McNutt released this statement: “People listen to you, people look at you, people value what you do. We need you to step up to the place, to be examples and to be leaders so that other people will follow.”

These celebrities are definitely not role models for their communities. However, hopefully they can learn from their mistakes. Let this be a lesson learned.

Retrieved from Weather Underground, the city has not received precipitation since June 22. Even then, only 0.01 inches of rain were measured on this day. Nothing was recorded in April, May or July. So far this month, Los Angeles has seen no rainfall.

When Red Sox are one day good again, these three players should be part of solution