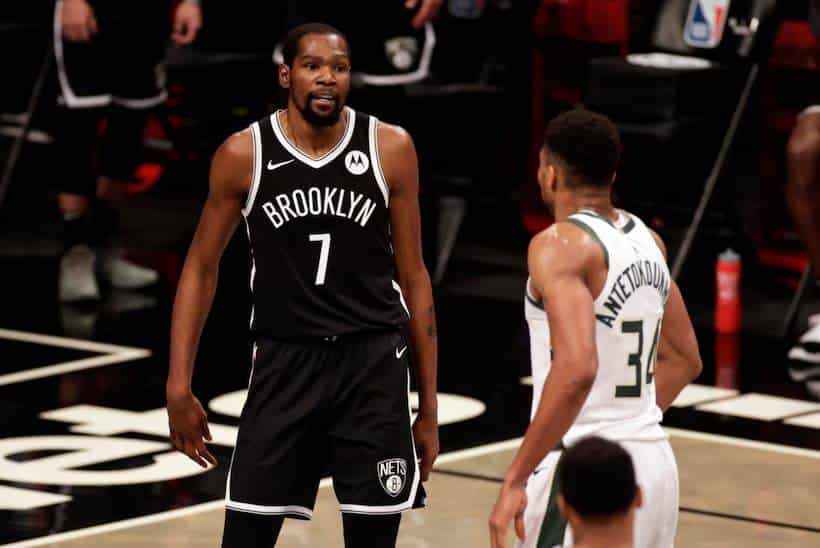 The world’s best basketball league gets back underway on Tuesday, October 19 – there are some gems of games in store for fans during week-1, and the Basketball Insiders team has been quick to action too, scouring sportsbooks to present our early bird NBA betting picks!

Giannis Antetokounmpo’s Milwaukee Bucks get off to the toughest possible championship defense, hosting Kevin Durant, James Harden, and the rest of the excellently-assembled Brooklyn Nets.

The Harlem Globetrotters… I mean Los Angles Lakers side that now features LeBron James, Anthony Davis, and Russell Westbrook (among others) will entertain Stephen Curry and the Golden State Warriors at the Staples Center.

There’s a clash from the past as long-time rivals the Chicago Bulls and the Detroit Pistons square off for the 305th time in both franchises’ storied histories.

Plus, plenty more where that came from – the whole office lives and breathes basketball, so it’s not like we weren’t excited anyway. But, now, we’re really hyped! Week-1 is stacked – roll on October!

Of course, we wouldn’t be Basketball Insiders if we weren’t paying equal attention to the latest betting news, and we’re pleased to announce that sportsbooks have been quick to broadcast their odds for all the juicy Wk-1 clashes.

We’ve taken a look and, though we appreciate it might be just a little early to put money down, here’s what’s tickling our collective fancy come October 19.

ProTip: Just keep an eye on these games for the minute – no need to wager just yet; they aren’t going anywhere!

High/low scoring affairs during the opening day fixtures have varied immensely over the years. Back in 2017, NBA defenses came out on top, and fans were left to endure a host of missed buckets and rejections.

Though traditionally, it takes most defenses a few weeks to peak, and even with all the offensive firepower that will be out on the court, for our money, Bovada’s O/U 240 on the Nets vs. Bucks seems a little optimistic.

These two teams just played seven times in the playoffs a couple of months ago, and not one of those games went over 240 points. In fact, the highest total points posted in the entire series was just 226 total points since the D, as is so often the case, tightened up for the playoffs.

It wasn’t such a similar story in the regular season, the Bucks squared off with the Nets three times, winning two and losing one. Total points did twice reach higher than 240.5. But the likes of Jrue Holiday and James Harden will know each other well after meeting 10x last season, and the feeling in the office is that we’ll get a continuation of the type of slightly lower-scoring affair we saw in the playoffs from these two teams.

Again, we’re not suggesting to fire up your laptops and pick up the Bucks at U240.5 right now –  a lot can happen between now and October 19. But do keep an eye on this Bovada NBA game line as the total points market seems high to us.

That said, if Bovada starts lowering the Bucks U240, or if we check back again next week to find it’s U236 all of a sudden, it might be time to crack open the wallet. 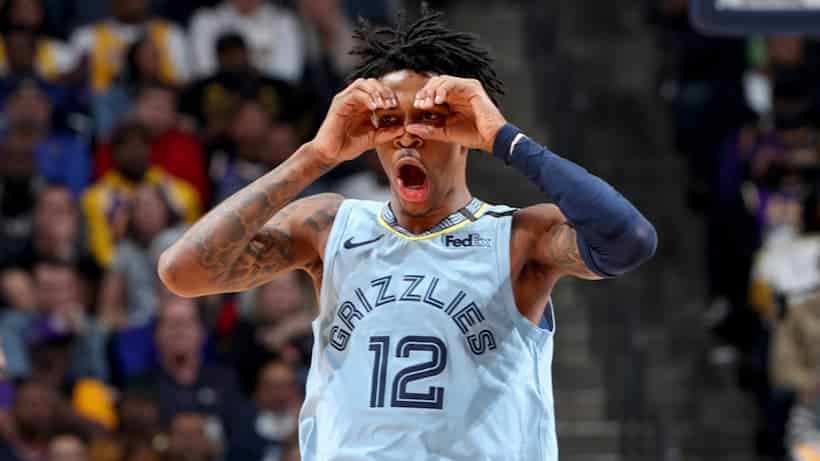 Memphis Grizzlies vs Cleveland Cavaliers on the spread is our second early bird pick.

Bovada Sportsbook has the Cavs as big underdogs for this one, placing them at +275 on the moneyline and, more importantly, +8 on the spread.

That 10 point drubbing on their own court at the Rocket Mortgage FieldHouse is the only time the Cavaliers have lost to the Grizzlies by more than six points in the last five meets – this game is usually a lot closer.

Sure, there’s a chance that Ja Morant has one of those days, but the boy wonder himself is yet to go on a two-game winning streak vs. Cleveland. Plus, the Cavaliers can now boast Evan Mobley among the ranks following a successful trip to the NBA Draft back in July.

Seems to us that this game is historically slightly closer than +8 on the spread. In fact, there’s a very real chance the Cavaliers take a W since it’s not like either team boasts great defense.

Again, just keep an eye on this one for now. But if the spread stats to tighten (or if you simply can’t contain yourself any longer), the Cleveland Cavaliers at +8 to beat the spread might just be worth an early punt.

Need a sportsbook to bet on your own NBA picks?

Dodgers rally to get into first place in NL West