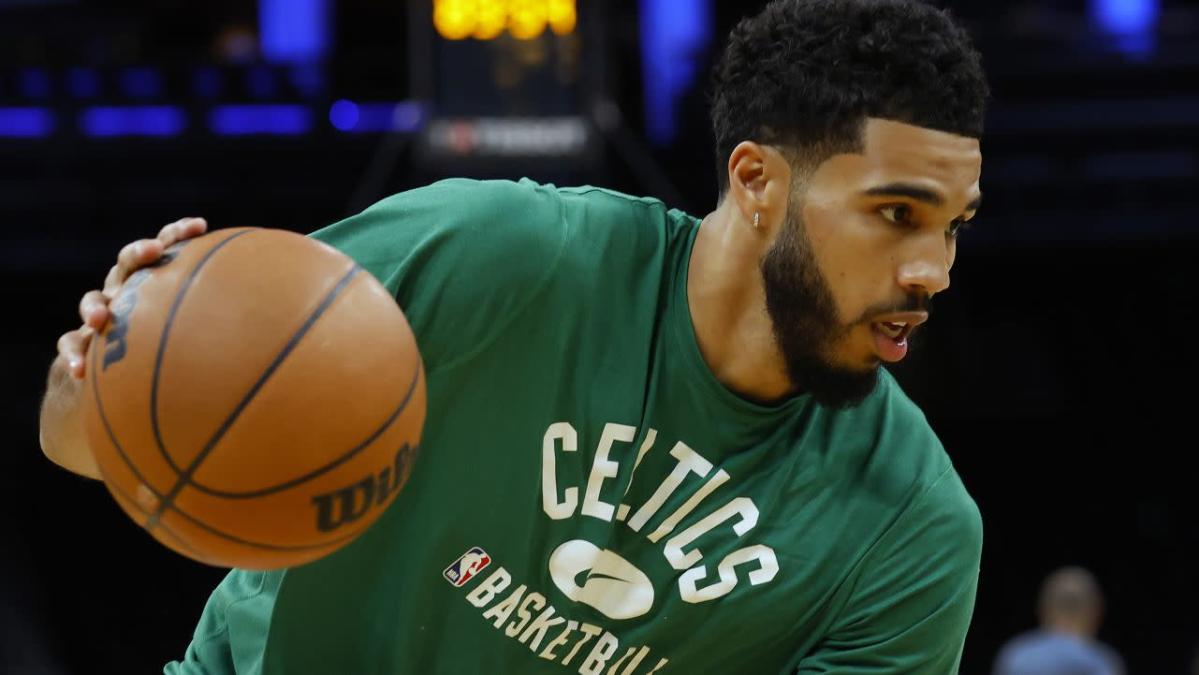 A moment in Thursday’s pulsating victory over the Grizzlies stood out for its sheer joy. Celtics forward Jayson Tatum traditionally isn’t the most outwardly emotional player, but after drilling a patented sidestep 3-pointer to put the finishing touches on his mano-a-mano duel with Ja Morant, he did something very un-Tatum-like.

He turned, dangled three fingers, and then blew a two-handed kiss to the raucous Garden crowd, leaving both arms outstretched in a pose evoking LeBron James‘ pregame chalk toss.

It was a gesture, on his 24th birthday, that illustrated the growing connection between Tatum and the fanbase, but it also reinforced how the burgeoning superstar is refining his game on the court and his comfort levels off it.

He’s no longer just a scorer, but a facilitator. He’s coming out of his shell to reveal the personality beneath the cool exterior. And he’s recognizing the symbiosis that exists between superstar and fans, one feeding off the other.

In short, we are witnessing a giant leap in Tatum’s journey from All-Star to all-time Celtics great.

He’s not there yet, but there’s little doubt of the destination after he dropped 37 points on the Grizzlies and their own high-flying superstar in Thursday’s wildly entertaining 120-107 victory. Morant is equal parts flashy, fearless, and tough as nails, but Tatum is strong like a man. He got wherever he wanted against one of the most physical teams in the league, scoring at the rim, in the paint, and from 3.

Tatum reacts to his epic matchup vs. Morant in Celtics’ big win

He also showcased his maturation as a passer, recording at least five assists for the sixth time in his last 10 games. He reached that number just once in his first 10 games, by comparison, when the C’s were borderline unwatchable and fans pondered a future without one or both of the Jays.

No one’s thinking that way anymore. The Celtics are the hottest team in the NBA, with nine straight wins against teams currently in playoff position and 20 victories in their last 26 games overall. Tatum’s growth is a primary driver of their success, and it’s manifesting itself in multiple ways.

He is showing not just trust but confidence in his teammates, throwing lobs to Rob Williams, driving and kicking to Grant Williams, and swinging the ball out of double teams to Derrick White or Payton Pritchard.

His unselfishness has boomeranged back in the form of more space to break down defenders, and it’s no coincidence that when the Celtics needed to answer a late Memphis push, they turned to Tatum, who scored 21 in the fourth quarter, the last three as he blew kisses to the crowd.

Winning cures all, but there’s been a marked changed in Tatum’s on-court demeanor during this streak. He has always exuded a super cool exterior, but for perhaps the first time, it feels like he’s letting the fans in, too, hanging on the rim with added emphasis and riding their energy. Larry Bird spoke often of feeding off the fans during his heyday, and Tatum’s starting to understand that, too.

“It was a lot of fun,” Tatum said. “The place was electric tonight.”

Jayson Tatum on his matchup with Ja Morant: âThe place was electric tonight. I think it was one of those moments, two guys going at it, doing what they can to will their team to victory.â

We’re seeing it off the court as well. Tatum isn’t generally one for soundbites, but he gave a legitimately hilarious answer when asked why he didn’t throw a lob to a pleading Grant Williams during a recent blowout, noting that he made “an executive decision” and that “I did not feel comfortable throwing Grant Williams an alley-oop on a fastbreak.” The good-natured jibe, which really just showed his ball-busting love for his teammate, proved there’s a personality under there.

Likewise, Tatum opened eyes with his appearance on JJ Redick’s podcast over All-Star weekend, speaking honestly and passionately about last year’s All-NBA snub and how it cost him $30 million. Some labeled Tatum selfish, but a better word would be honest and it said worlds about how Tatum views his place in the game that he comfortably shared the sentiments. He’s maturing before our eyes.

And there’s still so much room to grow. For all the impatience over the Celtics not winning another title since Tatum arrived in 2017, a little perspective is in order. For every Magic Johnson (20), Kobe Bryant (21), Tim Duncan (22), and Larry Bird (24) who win titles before their 25th birthday, there are 10 like Michael Jordan (27), LeBron James (27), Steph Curry (26), Paul Pierce (30), and Dirk Nowitzki (32) who spend years and years chasing their first ring. And that’s not even counting superstars like Charles Barkley, Karl Malone, and (to this point) Chris Paul, who never hoist that trophy.

All great players eventually make The Leap, and Tatum’s time is now. It’s enough to make Celtics fans throw their hands up to the sky and rejoice.

Now averaging 26 points a game and fresh off victories against MVP candidates Morant, Denver’s Nikola Jokic, and Philadelphia’s Joel Embiid, Tatum has officially reached the point where you can envision him, in fact, being the best player on a champion. We weren’t saying that about Pierce at a similar age, and look what he became.

Another test looms this weekend when the Celtics host the Nets, who are nearing full strength with the returns of Kyrie Irving and Kevin Durant. Brooklyn obliterated the Celtics in last year’s playoffs, though Boston stole Game 3 when Tatum dropped 50 on the NBA’s latest super team. That performance was a one-off because the Celtics were heinously outgunned, but just a few months later, it’s starting to feel sustainable.

All great players eventually make The Leap, and Tatum’s time is now. It’s enough to make Celtics fans throw their hands up to the sky and rejoice.