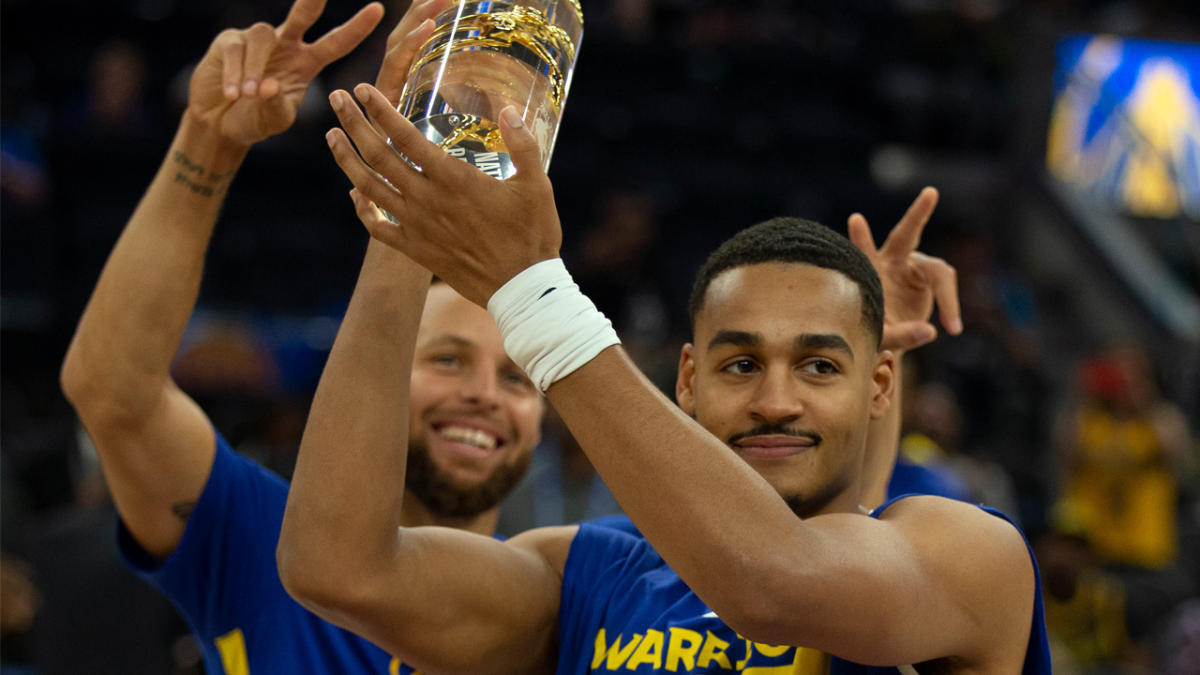 SAN FRANCISCO — The Warriors in their 111-101 win over the New York Knicks on Friday night at Chase Center enjoyed their most complete win of the season. That was true for both sides of the ball.

Back home in front of Dub Nation, the Warriors had six players score in double figures, including Steph Curry (24), Klay Thompson (20) and Andrew Wiggins (20) all scoring 20 or more points. As a team, the Warriors shot 45.1 percent from the field and 36 percent on 3-pointers while holding the Knicks to 34.5 percent overall and 26.5 from long distance. The Warriors (32) doubled the Knicks (16) in assists, and grabbed 51 rebounds compared to New York’s 45, despite the Knicks having a clear size advantage.

However, there was a troublesome trend that followed the Warriors to their home arena.

“Defense was good, other than the fouling,” Steve Kerr said after his team’s win. “… The fouls kind of helped them get back in it. They shot 34 free throws. But all in all, it was a pretty good defensive effort.”

In the win, the Warriors shot 14 fewer free throws than the Knicks. They also were outscored by 21 points at the charity stripe. Overall, the Warriors were called for 10 more fouls than their opponent.

At one point in the first quarter, the Knicks had scored only eight points on made shots and had nine points at the free-throw line. It’s the only thing that kept the Knicks in the game at all.

Through the first 16 games of the regular season, the 7-9 Warriors have been hurt in major ways for their inability to defend without fouling and their lack of trips to the free-throw line. Winning that battle will be key to the Warriors’ next two games, both on the road, after losing their first eight games away from San Francisco this season.

The Houston Rockets, who the Warriors play Sunday at the Toyota Center, are scoring only 107.9 points per game, which ranks 29th in the NBA. Houston also is 29th in field goal percentage (43.5 percent), but the Rockets’ offense is near the top in one category: Free throws. They rank fourth in free throw attempts per game with 25.4, and are eighth in free throws made per game with 19.5.

Jalen Green, Kevin Porter Jr. and Alperen Sengun all attempt at least five free throw per game for the Rockets, and all make at least four per game as well. Steph Curry is the lone Warrior who is doing that right now.

Their opponents Monday night, the New Orleans Pelicans at Smoothie King Center, aren’t lighting it up at the line this season. They rank 19th in free throw attempts per game (22.9), 18th in free throws made per game (17.9) and 17th in free throw percentage (77.9 percent). Free throws also are what kept the Warriors in the last time these two teams played each other.

With Curry, Klay Thompson, Andrew Wiggins and Draymond Green all out on the second night of a back-to-back and fifth game of their winless five-game road trip, the Warriors hung around all game long earlier this month. Why? They went 23-for-25 at the line. The Pelicans took four more free throws than the Warriors, but made three fewer. Though the Warriors lost by nine points without four of their top players, the defeat proved what a difference a strong day at the line makes.

Free throws haven’t been the only reason the Warriors are 0-8 on the road this season. The discrepancy certainly is a factor. How bad has it been? Here are some numbers to know.

Free throws in all facets should be the simplest form of the game. Get to the line and make your shots. Play defense without fouling.

The basics have never been more important for the Warriors, and it’s what can finally give them a road win and create a win streak.