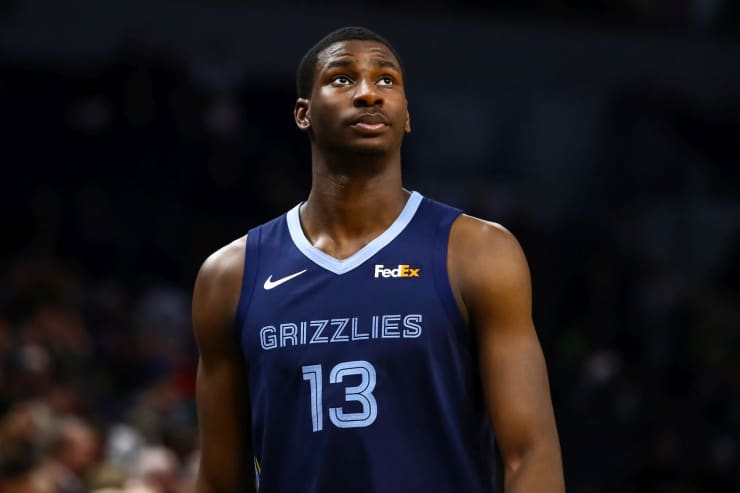 The 2018 NBA draft class was loaded, from top to bottom. The crop of talent that was infused into the league altered the direction of many organizations as they greatly improved their rosters. More than half of the first-round selections from 2018 are currently starters. Three of these are considered transcendent stars that are the face of a franchise.

Not every team was able to grab a Luka Doncic, Trae Young, or Shai Gilgeous-Alexander on that summer night, but many teams instantly became much better when they made their selection. Two of the top-ten selections played in the NBA Finals last season and the two players that were taken 6th and 7th overall are now teammates, playing for a team that didn’t draft either of them.

One of the leading candidates for Most Improved Player of the Year this season is Miles Bridges, who was drafted 12th overall. Even the guys taken outside of the lottery have become highly coveted players at this stage of their careers. That would include names like Donte DiVincenzo, Lonnie Walker, Kevin Huerter, Grayson Allen, Landry Shamet, and Robert Williams.

The talent wasn’t limited to the first-round selections either. The second-round produced solid rotation players such as Jevon Carter, Jalen Brunson, Devonte’ Graham, Mitchell Robinson, Gary Trent Jr, Bruce Brown, De’Anthony Melton, and Shake Milton. With so much talent available in this draft, there are two players that were oozing with potential that just haven’t turned the corner yet. They were lottery selections, but their teams are still waiting for them to break out.

Oddly enough, both of these players’ names end with a Junior. The first is Jaren Jackson Jr, drafted by the Memphis Grizzlies with the fourth-overall pick. The other is Michael Porter Jr, taken 14th by the Denver Nuggets.

After a solid first season, Jackson was named to the All-Rookie team after averaging 13.8 points, 4.7 rebounds, and 1.4 blocks per game. He started in 56 of the 58 games he played in that season and appeared to be the building block for the Grizzlies going forward. The following year the team drafted Ja Morant, giving them two stars to build around.

In his second season, Jackson had his best scoring (17.4 ppg) and three-point shooting (39.4 percent) marks but there wasn’t much more progression to his game. He played in just 57 games as the Grizzlies missed out on the playoffs once again. Memphis finally returned to the postseason the following year but Jackson missed the majority of the season with a meniscus injury and only played the final 11 regular-season games.

Jackson has returned this season still trying to shake off the rust. Through the first ten games of the season, he is averaging 13.6 points, 6.0 rebounds, and 1.9 blocks per game.  He finally appears to be rounding back into form, delivering very good performances in his last three games. Jackson remains one of the more versatile and dynamic young bigs in the league, but the Grizzlies still need more from him.

Before the season Memphis gave Jackson a four-year extension for $105 million that goes into effect next season.

As the only frontcourt player that can space the floor, the Grizzlies live and die with how well Jackson plays. There is a massive discrepancy in their net rating with him on/off the court. The real trouble is keeping him on the court, as he has been prone to foul trouble quite often this season. Even if he isn’t knocking down his perimeter shots, he still holds high value, providing Morant room to operate in the paint.

🦄 22 points
🦄 8 rebounds
🦄 3 blocks
🦄 GW stop @jarenjacksonjr did a little of everything in the win last night. pic.twitter.com/ZVWS8xEiu8

Memphis moved on from Jonas Valanciunas in the offseason partly because of the fit with Jackson. Partnering him with Steven Adams more closely resembles his partnership with Marc Gasol during his rookie year. Being patient on offense is something that comes with experience. Jackson is still just 22 years old and will need to harness that ability in order to be a better offensive player and to avoid the unnecessary fouls on defense that have gotten him an early seat on the bench.

Morant has become must-see TV for basketball fans and has Memphis on the map. While he is exhilarating to watch, their success this season will largely depend on the improvement of Jackson. If he can make that “leap” and ultimately become what many people envisioned three years ago, the Grizzlies will undoubtedly be a contender in the West.

Just as injuries are a concern with Jackson, the same can be said for the situation playing out in Denver.

While Jackson appears to be turning the corner, the situation in Denver is much worse.

Many teams passed on Porter in the draft because of his injury history. After sitting out his rookie season because of his back, Porter began to assert himself the following year when he appeared in 61 games. While his numbers didn’t jump off the page, he was only playing about 16 minutes per game, on a team with an incredibly deep roster. The opportunity just wasn’t there, but it presented itself last season, and he took advantage of it.

Porter’s minutes essentially doubled last season, and so did his production. In 61 games he averaged 19 points, 7.3 rebounds, and shot 45 percent from behind the arc. He was incredibly efficient and had the perfect role on a Nuggets team that needed him to do what he does best – score the basketball.

When Jamal Murray went down with a knee injury late last season, all eyes turned to Porter as the replacement for their offensive production. Putting that on the shoulders of a 22-year old in his second full season might seem tough but he was definitely ready for the challenge. Their season ended with a thud but the future looked bright for Porter as he was widely regarded as the prime candidate to break out this season.

So far Porter has not lived up to those expectations. Through nine games the forward is averaging just 9.9 points and 6.6 rebounds per game while shooting just 20.8 percent from deep and 56 percent from the free-throw line. Adding to the frustration is another injury to his back, which occurred in the opening minutes of their game on Saturday. Porter, who signed a max rookie extension this summer, is now going to be out of the lineup for the “foreseeable future” according to Michael Malone.

“We’re still trying to get a real grasp on the injury, the diagnosis of the injury, and what that means moving forward.” pic.twitter.com/8ETl6QcHqP

Back injuries are particularly concerning for Porter, who has already undergone two surgeries to relieve back pain. However, the team is confident that he will be able to return at some point this season and doesn’t believe another operation will be necessary, according to Joe Vardon of The Athletic. In addition to Murray being sidelined, the Nuggets are still without Jeff Green and Nikola Jokic will miss some time with his suspension.

Denver is starving for offense right now. They rank 26th in scoring and 24th in offensive rating. They are staying above water with their defense, which ranks 1st in points allowed and 2nd in net rating. The Nuggets have the reigning MVP and a solid rotation when everyone is healthy but with their top scorer out for the foreseeable future, they need Porter now more than ever.

When Porter is able to return, he will need to find a way out of his funk and figure out ways to create more scoring opportunities for himself, and his teammates. Both of those can be accomplished with more drives to the basket. Denver has always had good ball movement, with willing passers always finding the right guy. They just need Porter to start making the same shots he did last season.

Both Jackson and Porter continue to have star potential. They haven’t quite lived up to expectations but it is still early in the process. They don’t necessarily have to reach their ceiling but they need to perform better this season for their respective teams to have a chance at the postseason.

Rangers playing with fire leaning so much on Shesterkin