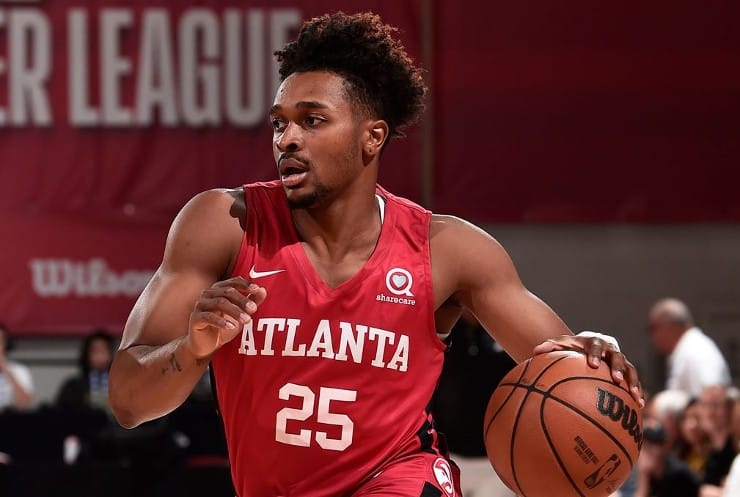 The Atlanta Hawks have signed Tyson Etienne to an Exhibit 10 contract. The 6’2″ guard went undrafted out of Wichita State. He played three seasons in the NCAA.

Through 31 appearances and 17 starts, Etienne also averaged 37.6% shooting from the field and 39.2% from beyond the arc.

Later in the month, Etienne tied his career high in scoring against UCF. Needless to say, the Hawks were impressed by his performances.

Additionally, he ranked fifth in the AAC in points (359) and third in made 3-pointers (65). Etienne was also selected to the All-AAC First Team and won AAC Co-Player of the Year.

At the end of his sophomore season, Etienne declared for the 2021 NBA Draft.

Though, he then decided to withdraw his name from the draft after working out with the Cleveland Cavaliers, New York Knicks, Boston Celtics and Golden State Warriors. The guard returned to Wichita State.

Not to mention, he ranked seventh in his conference in made 3-pointers (73). Of course, the New Jersey native was selected to the All-AAC Third Team as well.

For those wondering, Tyson Etienne is a nephew of former NBA player Marcus Camby, and he’s also a cousin of Denver Nuggets center Deandre Jordan.

Etienne will likely record decent numbers with the College Park Skyhawks, the Atlanta Hawks’ NBA G League affiliate. Playing well in the G League is a direct path into the NBA.

The Daily Sweat: Yankees can get first series win since July with win over Mets