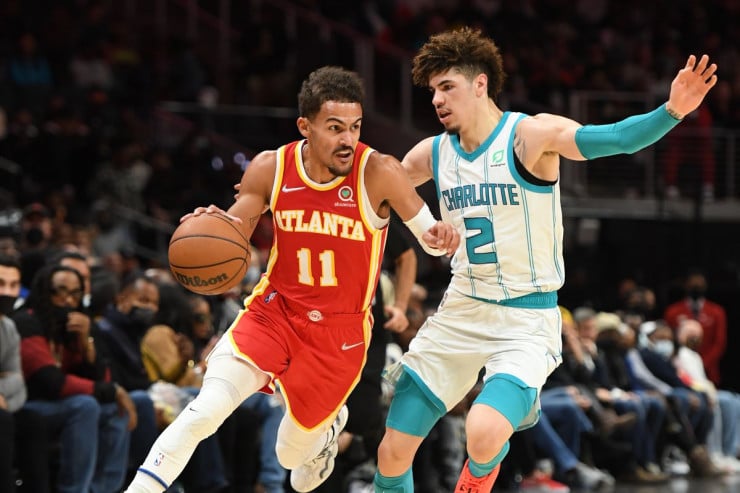 This is the third meeting between these Southeast Divisional rivals this season. The season series is tied at one a piece and so far, both games have been won by the home team. The most recent matchup was a high scoring and close contest where the teams were separated by only 3 points in the favour of Charlotte. Let’s take a look at the top NBA picks and betting trends, as well as the starting lineups for tonight’s Hawks vs Hornets game.

All Hawks vs Hornets betting odds can be found at BetOnline

Hawks vs Hornets News and Preview

Charlotte are heavy favourites for this one. They have home court advantage and are on a good roll having won 4 of their last 5 games and 7 of their last 10.

The Hawks have won 3 of their last 5 but will have their work cut out here. If they’re to win, they will have to find a way to keep not just one, but two players quiet. Two players who have great chemistry and are great to watch and they are LaMelo Ball and Miles Bridges.

Now that is taking nothing away from the Hornets team in general, they’re a very fun team to watch, incredibly talented and if truth be told, one of my favourite teams to watch this season.

However, in LaMelo and Miles Bridges, they have two superb players. Miles Bridges is averaging a team high 20.1 points a game on 48% shooting. He is also dishing the ball out well, averaging just under 4 assists per game and you can add in 7.5 rebounds per game too.

LaMelo is there supporting Bridges contributing 19 points, 7.3 rebounds and 7.7 assists per game.

Both players have been instrumental to the Hornets success on the court this season and I fear the Hawks won’t have enough to stop them both on Sunday night.

The Hawks however do have their star up their sleeves in Point Guard in Trae Young. The Hawks maestro is dragging the team through the season and at points is the sole bright spark on the court for them.

Young has continued his form that led the Hawks to the Eastern Conference Finals last season. He is averaging only just shy of 28 points, 4 rebounds and nearly 10 assists in 35 minutes per game. He’s shooting a solid 45% from the field and his 3 point shooting is around 37%

If the Hawks are to win this one, it’ll rest on Young’s shoulders to get the job done.

The ESPN Matchup Predictor gives the Hornets a 77.2% chance of victory tonight. That speaks for itself really. I can’t see past the Hornets for this one, they are just too strong a team for the Hawks. The Hornets have a stronger roster and are more or less at full fitness.

This could get rough for Hawks fans and players alike.