Horace Grant’s Bulls championship rings are expected to sell for over $100k each at Heritage Auctions. Grant won the rings with Michael Jordan, Scottie Pippen and the rest of the Bulls in their first 3-peat in 1991, 1992 and 1993.

His last name is ingrained on the band of each ring. Along with the team’s record, the year the Bulls won the championship is also featured on one of the sides. On the right shank of the 1993 ring, “World Champions 1993” and “3-peat” are visible. 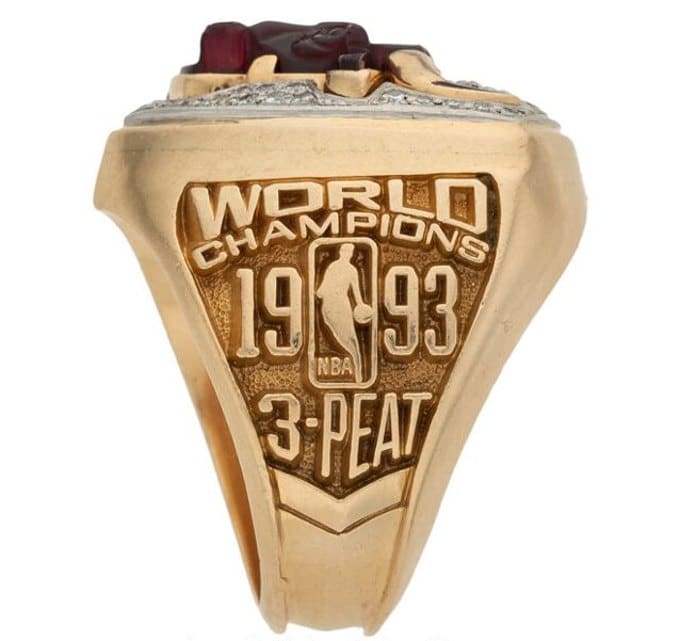 All rings are size 12 and have “14k Jostens” on the interior bands. The 1993 ring is arguably the most valuable of the three NBA rings because Jordan announced his retirement later that year on Oct. 6.

Additionally, Grant’s 2001 championship ring he won with Kobe Bryant and the Los Angeles Lakers is expected to sell for at least $40k.

Equally important, for the 2001 Lakers championship ring, the current bid is $15k.

The auctions close on Aug. 27. For sports memorabilia collectors, the clock is ticking. 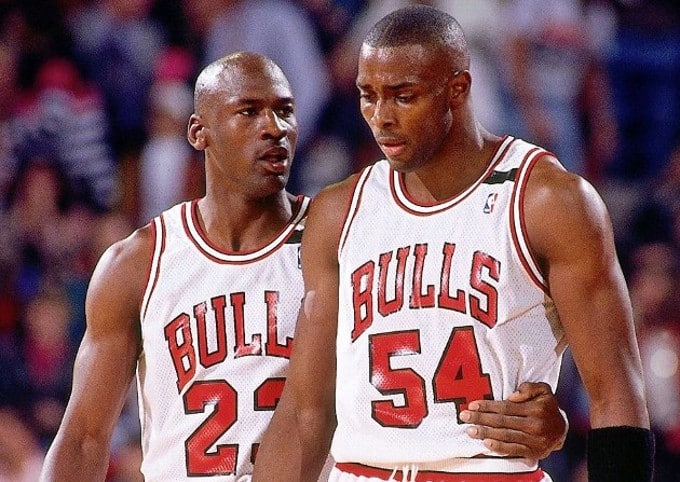 Furthermore, Horace Grant played 17 years in the NBA. He was selected 10th overall by the Bulls in the 1987 NBA Draft. From 1993–96, the forward received NBA All-Defensive Second-Team selections. He retired with four selections. His only All-Star selection was earned in the 1993-94 season with the Bulls.

In the 1991 NBA Finals, Grant averaged 14.6 points, 7.8 rebounds and 1.6 assists per game. The Bulls went on to defeat the Lakers in five games, winning their first championship in franchise history.

Of course, in the 1992 NBA Finals, the forward averaged 9.2 points, 7.8 rebounds and 4 assists per game. The Bulls completed their repeat in six games against the Portland Trail Blazers.

Moreover, the Bulls earned their 3-peat after beating the Phoenix Suns in six games of the 1993 NBA Finals. Grant averaged 11.2 points, 10.3 rebounds and 2.3 assists per game. Plus, he averaged 52.8% shooting from the field.

As for the 2001 NBA Finals, the forward was less of a factor for the Lakers. Though, the All-Star still contributed. Grant averaged 5.2 points and 5.6 rebounds per game. The Lakers defeated the Philadelphia 76ers in five games, and the Georgia native won his fourth NBA championship.

Cobie Durant has Kevin Durant rooting for the Rams now