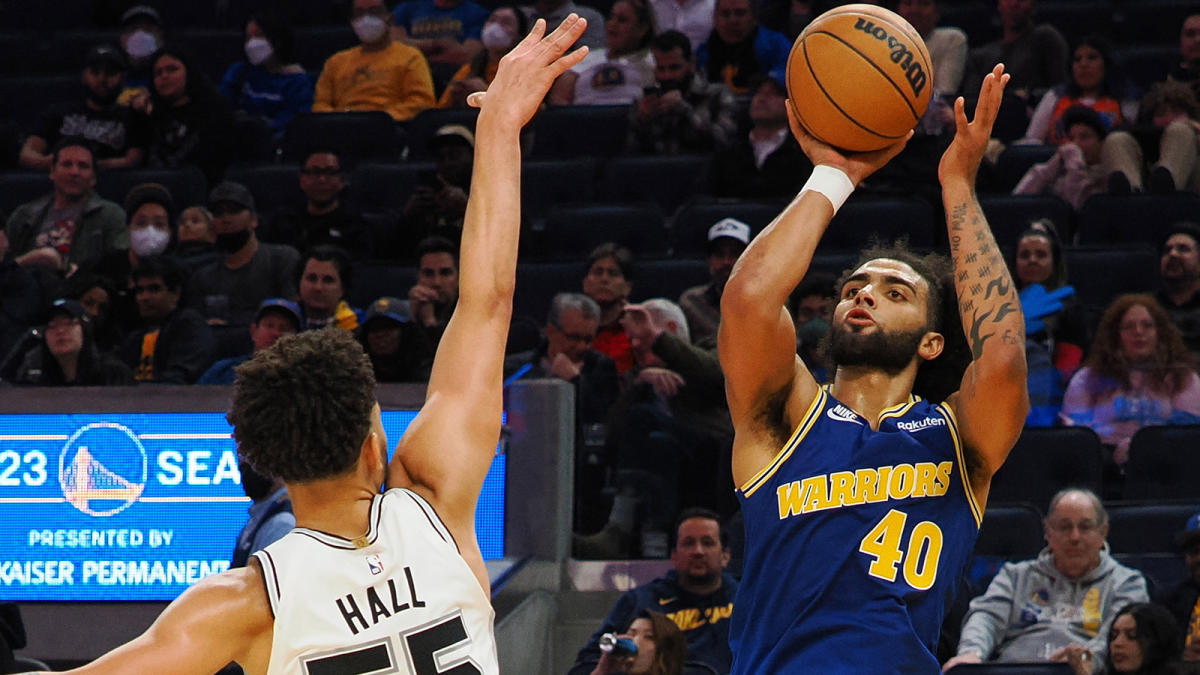 Anthony Lamb had one of the best nights of his career during the Warriors‘ 132-95 victory over the San Antonio Spurs on Monday night.

He also set a bit of Warriors history along the way.

Per Warriors Muse on Twitter, he’s the first Warriors player to log that stat line off the bench in less than 25 minutes on the floor.

Lamb, on a two-way contract this season, entered the season as a 31.5-percent 3-point shooter on 73 career attempts. He has knocked down 12-of-22 triples in a Warriors uniform.

“I was actually talking with someone about what Steph sees when he shoots,” Lamb said to Tim Hardaway, Mitch Richmond and Chris Mullin on NBC Sports Bay Area after the win. “I guess he said, ‘Shooting is like putting your clothes on in the morning.’ You really don’t think about it. So when you catch it, you’re open and you just got to let it go and keep building that muscle memory.”

Lamb has suited up in Golden State’s last five games. He has scored in double figures three times, nearly doubling his career total of games with at least 10 points (seven).

RELATED: Dubs sending Wiseman to G League is right move for both sides

“Just trying to find my spot and make everybody better is what I focus on.”

The Warriors’ bench has been a glaring issue for the defending champions in the early goings of the 2022-23 NBA season. Lamb, however, appears to be a piece of the puzzle.