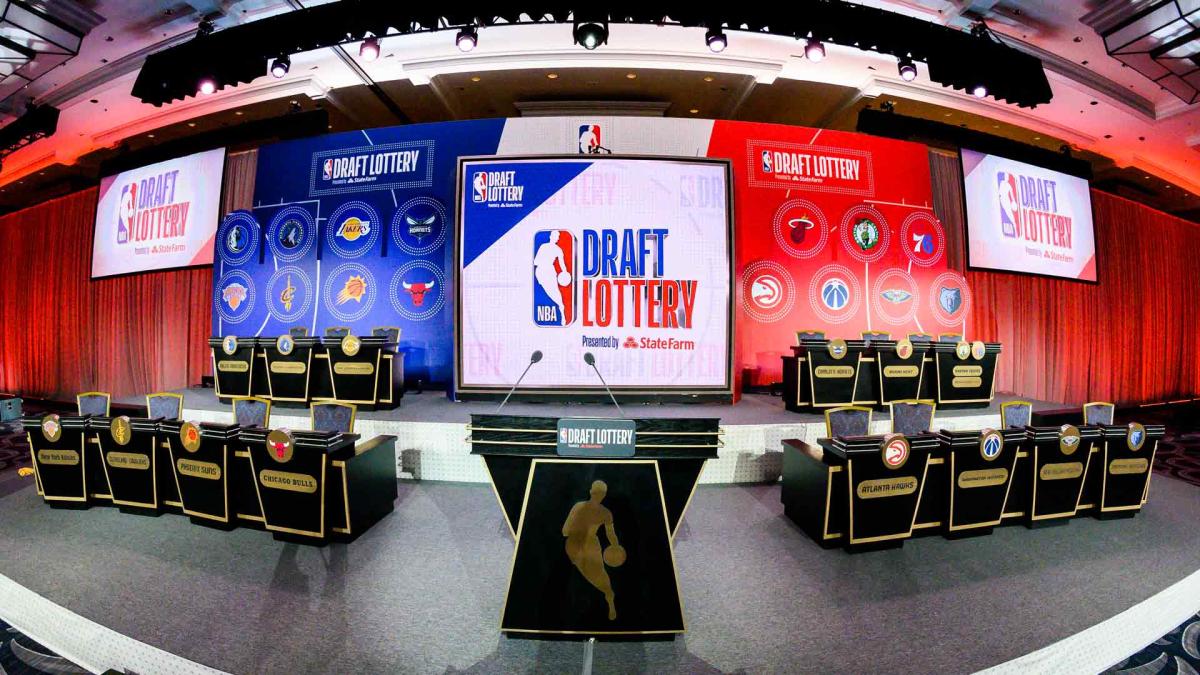 How do 2022 NBA Draft Lottery odds look for the Wizards? originally appeared on NBC Sports Washington

The Wizards have officially been eliminated from playoff contention, which means it’s time to look ahead to the 2022 NBA Draft Lottery.

With a 34-44 record, the Wizards are currently 12th in the East and could end up with a top-10 draft pick if the ping pong balls fall their way. Here’s a look at their lottery odds and what needs to happen for Washington’s odds to improve over the last few weeks of the regular season.

When is the NBA Draft Lottery?

The 2022 NBA Draft Lottery will take place in Chicago on Tuesday, May 17.

What are the Wizards’ draft lottery odds?

If the Wizards end the season tied with another team in the standings, a random drawing will decide who gets better odds.

Can the Wizards’ lottery odds improve?

With roughly four games remaining for teams across the league, the Wizards could realistically climb as high as eighth in the lottery standings by the end of the regular season. They are currently two games *behind* the Spurs in the standings.

One of San Antonio or LA will likely make the Western Conference play-in tournament, but if the Wizards’ regular-season record is better than either team, Washington would need LA or San Antonio to win their play-in games and make the postseason to receive better lottery odds.

The Knicks, Pelicans, Lakers and Spurs are all teams to watch when tracking the Wizards’ lottery odds. All five teams, including the Wizards, are within at least four games of each other in the standings. Of the group, the Lakers and Wizards have the hardest remaining schedules.

What are the Wizards’ draft needs?

After an active trade deadline that saw Washington trade away two of its top point guards in Spencer Dinwiddie and Aaron Holiday, the Wizards are in dire need of a floor general.

Luckily for them, there are plenty of talented point guards who could fit with the Wizards, including Kentucky’s Tyty Washington and Tennessee’s Kennedy Chandler.

Are stars aligning for Celtics amid half-season of NBA dominance?

Kevin Love discusses resurgent Cavaliers, why Evan Mobley is Rookie of the Year ... and that LeBron James dunk