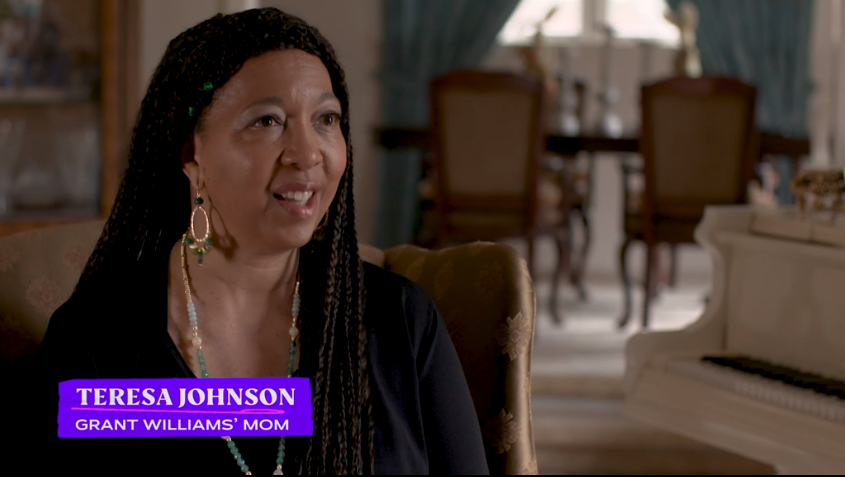 Grant Williams has elevated his game to new heights in his third season with the Boston Celtics. He just scored a career-high 20 points against the Oklahoma City Thunder and channeled his inner superhero against the Nikola Jokic and the Denver Nuggets.

But he still has nothing on his mom.

Williams’ mother, Teresa Johnson, has a career that’s literally out of this world: She’s an electrical engineer at NASA who helped design the International Space Station in the 1980s.

To say Johnson’s path is unique would be an understatement: She was one of the only women who majored in electrical engineering at North Carolina A&T State University before choosing the male-dominated field as her career path.

“My father literally put me on a bus and said, ‘Well, you get on the bus, you go up to North Carolina A&T State University, and if you still want to be an engineer, we’ll support you,'” Johnson recalled in an interview with NBC Sports Boston.

Celebrating Women’s History: Grant Williams’ Mom Teresa Johnson discusses her incredible career at NASA, and her trail-blazing journey to get there. @OnHerTurf

Follow along this month & every month to keep up with incredible women in and around sports ð #HerstoryTimeNBCU pic.twitter.com/f3AbXOw5cx

Johnson’s persistence paid off. She landed a job with NASA in design engineering and traveled to several different countries, representing the space agency in talks about space station design with other organizations around the world.

Not that Johnson’s path was easy.

“As a female, you don’t have an option to do 100 percent. You’re doing 300 percent,” Johnson said, describing how hard she had to work to prove herself an industry where she was in the very small minority.

Johnson believes her journey made a positive impact on Grant Williams, who not only inherited his mother’s work ethic but also learned the values of diversity and inclusivity from an early age.

“Grant saw: you must work hard,” Johnson said. “… I would like to think that he saw different people communicating different ideas, and that made an impression on him.”

Watch NBC Sports Boston’s full feature on Teresa Johnson in the video above as we Celebrate Women’s History.