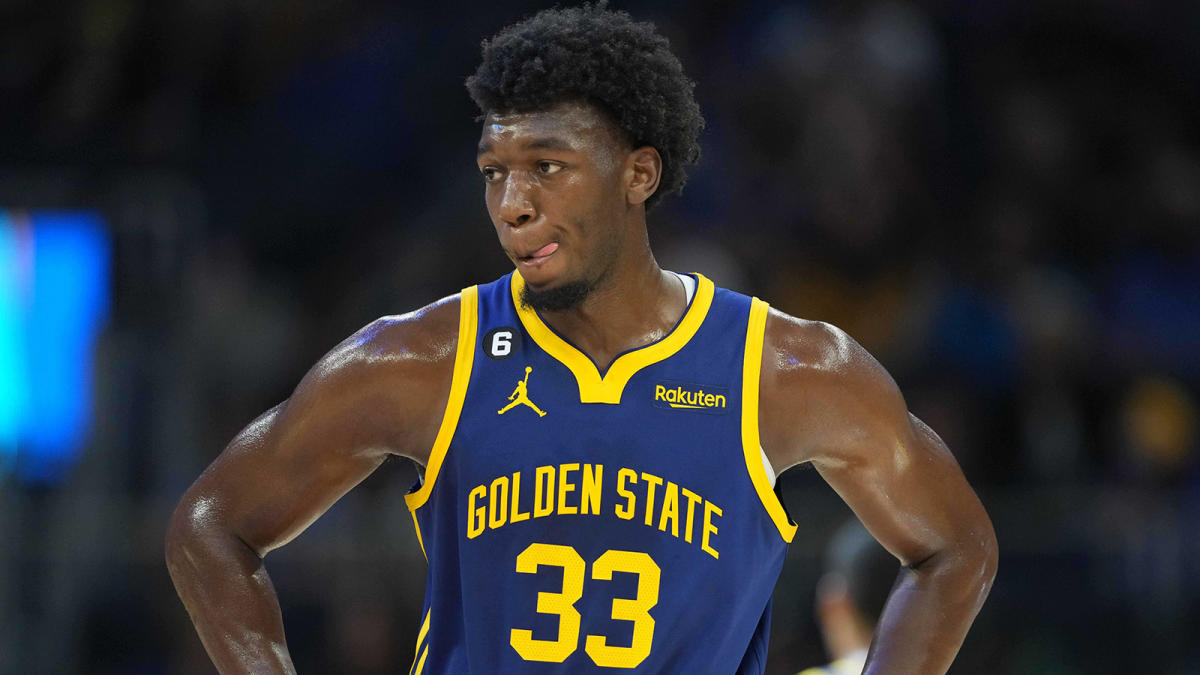 As James Wiseman spends time working on his game in the G League, one rival Western Conference coach isn’t sure if the former No. 2 overall draft pick has what it takes to play center for the defending NBA champion Warriors.

“He has looked [like he’s] in over his head,” the unnamed coach told Sean Deveney of Heavy Sports. “You can’t have him on the floor with Draymond [Green] because they get real easy to guard with them together. And you can’t have him out there with a big role with the second unit because he is not good enough to carry that group.

“What do you do with him? I don’t think they know, so he is going to be down there [in the G League] because at least you know he will be on the floor.”

After the Warriors’ blowout win over the San Antonio Spurs on Monday, coach Steve Kerr announced Wiseman would be spending an “extended period of time” with the team’s G League affiliate in Santa Cruz starting Tuesday. His first game of that stretch will come Saturday night, though it will be the third G League game of Wiseman’s career after two games with the Santa Cruz Warriors last year.

The 7-foot-1 center’s performance has been up and down in his return to the court for the 2022-23 NBA season, playing for the first time since April 2021 after recovering from a torn meniscus. Wiseman played just nine minutes against the Spurs and didn’t see the floor in each of Golden State’s previous three games.

The 21-year-old’s third year in the league hasn’t gone exactly to plan, though he came into this season with just 39 NBA games to his name. Still, Wiseman told Deveney he isn’t paying attention to those who doubt if he’ll ever live up to lottery-pick expectations.

“I have been through a lot of hard times,” Wiseman told Deveney. “I have seen the negative side of social media in terms of myself. I don’t entertain that stuff anymore because it is negative and it is all gossip.

“I just focus on my priorities, getting in the gym and [getting] better, working on stuff so I can be ready for the games.”

Wiseman’s time with the Sea Dubs should let him do just that.

“It’s not going to be one game and bring him back,” Kerr said Monday. “We want to give him 10 straight days, something like that, and then come back.”

The anonymous Western Conference coach, however, believes Wiseman has a steep hill to climb if he wants to become the big man the Warriors need him to be.

“What’s tough for him is that it is a tough position to play for that team,” the coach told Deveney. “You’re doing so much screening, you have to be constantly aware of your position on the floor and when you need to make your roll [to the basket] and when you need to go set another screen.

“You have to unlearn some of what you know about being a center.”

For Wiseman, whether he needs to learn new things or unlearn old habits, his trip to Santa Cruz could be a turning point, like it once was for Jordan Poole.

And if there’s one thing that’s certain, it’s that the young athlete is up for the challenge.

“I can handle it,” Wiseman told Deveney. “I don’t think it was too much when I was a rookie. I feel like in terms of my inexperience, in terms of playing the NBA game, it probably was a little too much.

“But I feel like I can do anything, though. I am confident in myself.”

Filip Hronek with a Goal vs. Columbus Blue Jackets