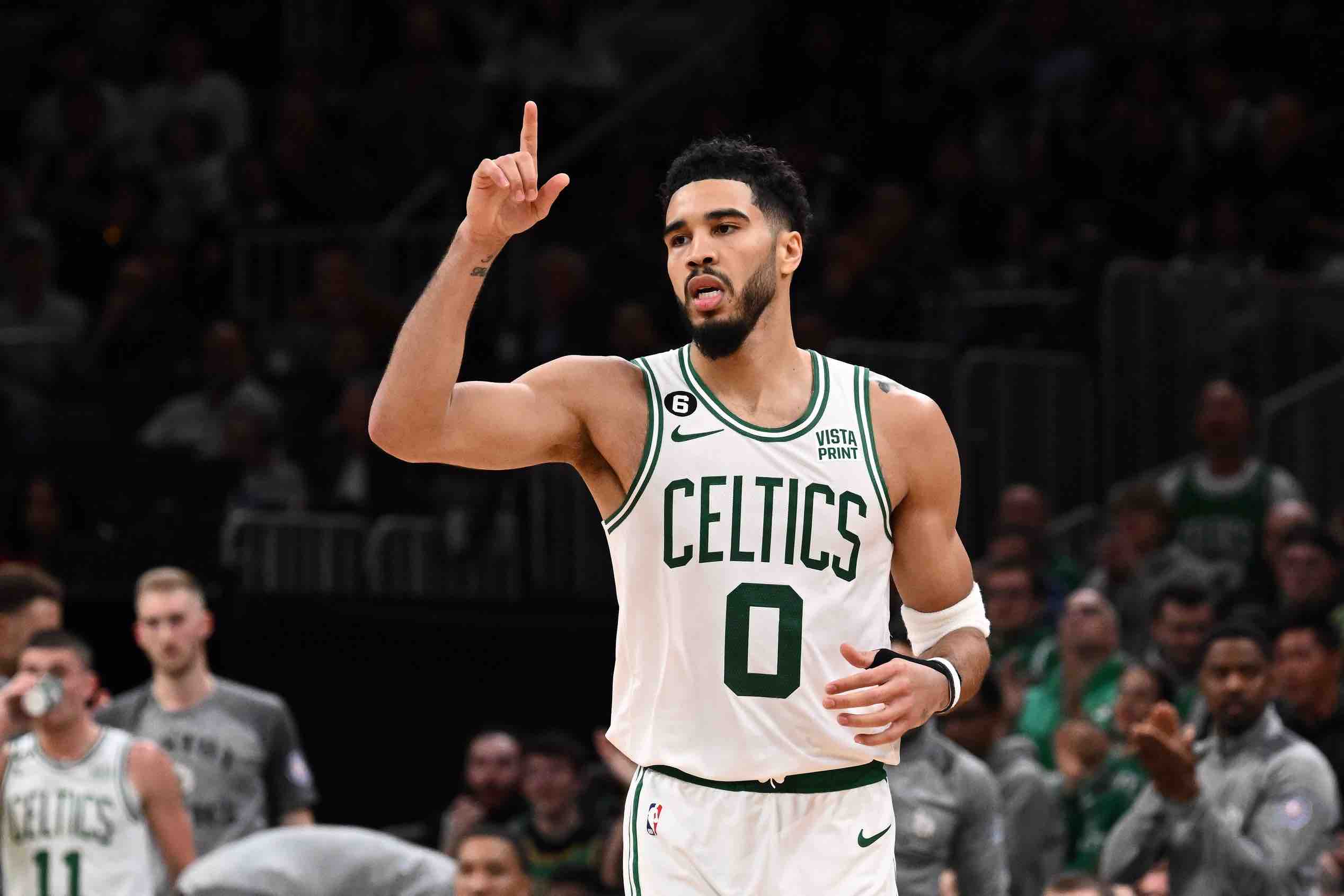 Boston Celtics forward Jayson Tatum has emerged as the leading candidate to win MVP this season with BetOnline at +300, ahead of Luka Doncic and Giannis Antetokounmpo.

According to the latest odds with BetOnline, Tatum slightly edges Doncic and Antetokounmpo following Boston’s impressive seven game win streak to mark the best overall record in the NBA (11-3).

The Bucks have lost two straight against the San Antonio Spurs and Atlanta Hawks but still hold a second-best 10-3 record, whilst Dallas are floating above .500 (7-5).

Traditionally, the NBA’s MVP (Most Valuable Player) award is given to the best player on the best team throughout the 82 game regular season – however, this has not been the case in recent years with Nikola Jokic picking up back-to-back honors with Denver.

The Celtics are rolling and Joe Mazzulla’s philosophy is being hammered home inside the Boston locker room. A seven game win streak with Tatum averaging almost 34 points a night across the run has put the league on notice.

From Tatum’s earliest days in the NBA, everyone knew he could go toe-to-toe with the best offensive talents and trade buckets with ease. However, the 24-year-old has developed his game even further on the defensive end, becoming an unstoppable two-way force.

The former Duke Blue Devil has been nothing but humble when asked about MVP aspirations.

“It’s always been a dream of mine”

Tatum became the youngest player in NBA history to reach 8,000 points and 800 3PM and hasn’t scored less than 23 points in any of his 14 appearances this campaign.

His sidekick Jaylen Brown has also been significantly influential in Boston’s hot start to the season, averaging 25.4 points per game on 48% shooting from the field.

Has Josh Allen regressed after back-to-back losses? | THE CARTON SHOW