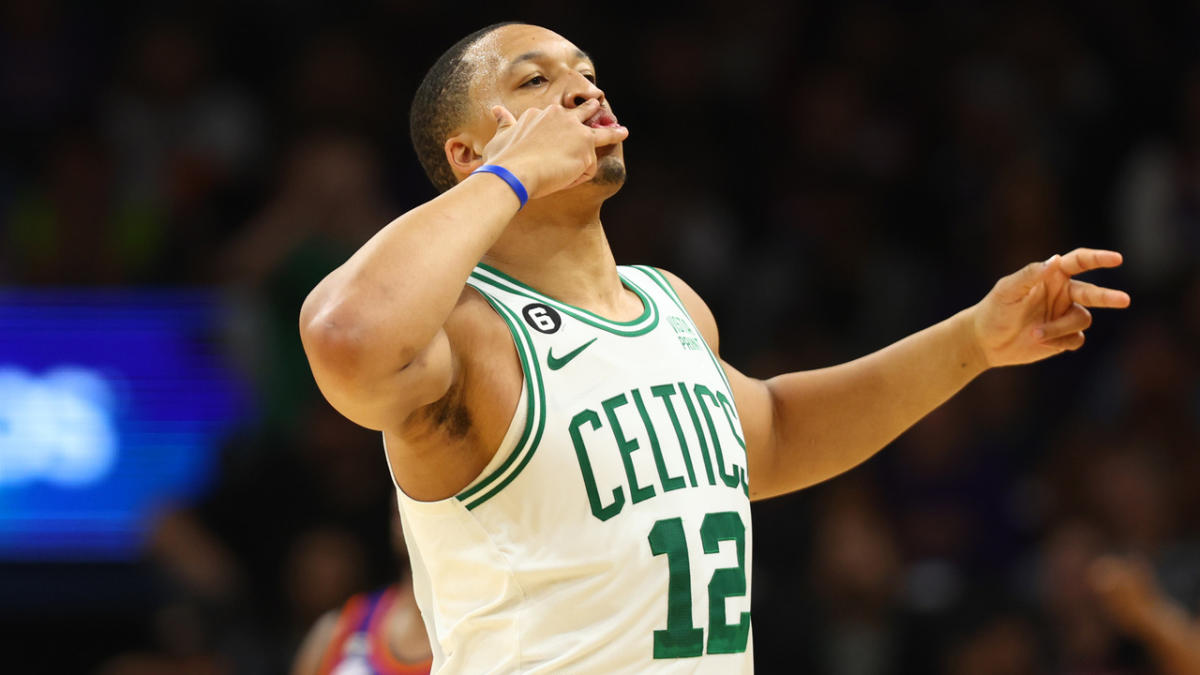 Grant Williams didn’t miss a shot Wednesday night in a 27-point rout of the Phoenix Suns, but his teammates still found a way to give him grief.

The Boston Celtics forward went a perfect 6-for-6 from the floor and hit both of his 3-pointers, one of which was a wide-open attempt midway through the second quarter that prompted Williams to copy Jayson Tatum‘s “kiss of death” celebration as he ran down the court.

Williams’ move didn’t go unnoticed by Tatum, who was quick to critique his teammate’s execution of his signature move.

“He was too excited, too hyped. He was jumping. I was like, ‘Grant, it’s still the second quarter,'” Tatum told reporters after Boston’s 125-97 win.

Tatum said he gave Williams his blessing to use the celebration — provided he tones it down a bit.

This isn’t the first time Tatum has called out Williams, who has a humorous love-hate relationship with the Celtics superstar. Fellow teammate Jaylen Brown joined Tatum in piling on Williams after the game, albeit for a different reason.

“I’m looking for a golfing coach to help me out. Sam and Grant said they’d help me out but Grant is terrible” ð

Nothing but good vibes with @FCHWPO talking with @tvabby about the Celtics’ golf trip after another big win! pic.twitter.com/YulVR3ep0Y

Williams has a bone to pick with Brown, however, after the Celtics star slapped him in the back of the head in the third quarter.

The Celtics have been impressively focused amid their 21-5 start, but they’ve still kept things loose, with Williams playing a central role as the “little brother” who playfully goes back and forth with his teammates.

Boston’s strong chemistry is a big reason why this team boasts the NBA’s best record, so expect Williams to keep catching strays from his teammates.