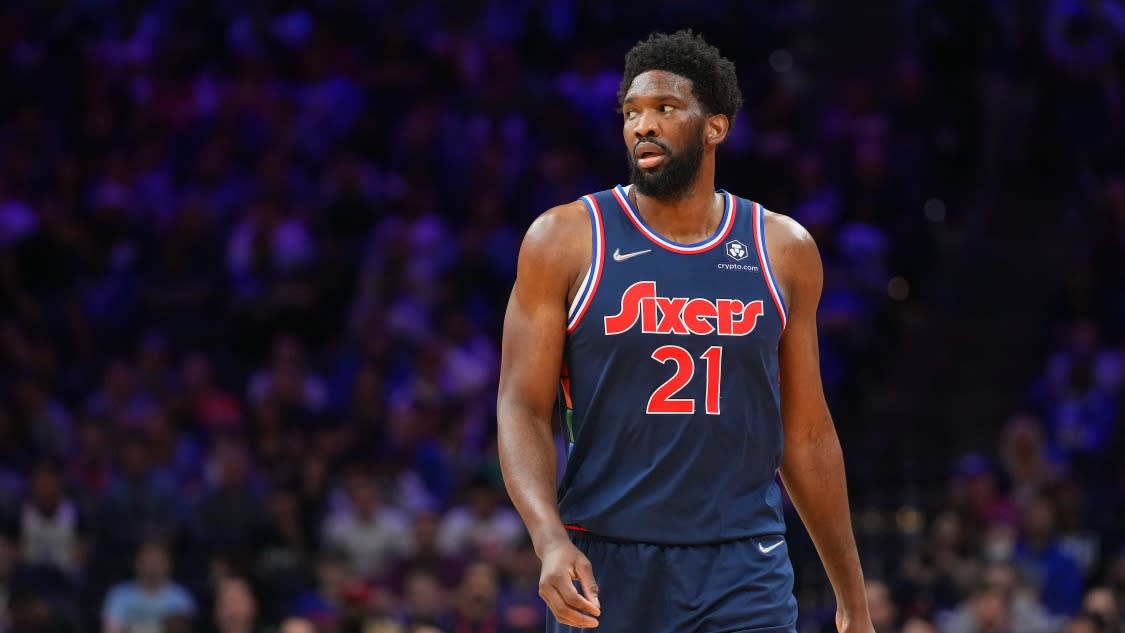 For the first time since the Sixers’ trade for James Harden, Joel Embiid will sit.

On the second night of a back-to-back, Embiid will miss a home matchup Monday night against the Eastern Conference-leading Heat (7:30 p.m. ET/NBCSP) because of back soreness. He’d been listed as questionable leading into the past three games.

Embiid struggled with his jumper Sunday in a loss to the Raptors and went 6 for 20 from the floor. He still managed 21 points and 13 rebounds in 37 minutes.

Embiid was asked Friday whether he expected to play against both Toronto and Miami.

“And at some point, you’ve got to think about what’s going to take us there. I have to be extremely fresh for the playoffs. So I imagine I will sit a game or two to finish the year.”

Embiid was not available to reporters Sunday because, according to a Sixers official, he was seeing the team’s dentist after being struck in the mouth during the fourth quarter.

Harden (left hamstring injury management) missed the Sixers’ previous meeting with the Heat, a road loss that also concluded a back-to-back, but he said Sunday he planned to play.

Harden didn’t play a game for over three weeks before his Sixers debut because of left hamstring tightness, but the team has immediately given him heavy minutes. He’s exceeded 35 in all 11 of his outings besides the Sixers’ blowout loss to the Nets on March 10. On Sunday, the 32-year-old said he felt good physically.

DeAndre Jordan, Paul Reed and Charles Bassey are the Sixers’ center options behind Embiid. Rivers has thus far preferred Jordan, but it will likely be necessary Monday to give minutes to a young big man, play small-ball lineups with Georges Niang and Tobias Harris in the frontcourt, or some combination of the two.

To ensure they don’t drop in the standings, the Sixers must beat Miami. Heading into Monday night, the third-seeded Sixers and fourth-seeded Celtics were both 3.5 games behind the Heat. Boston will play the 20-win Thunder at 8 p.m. ET.