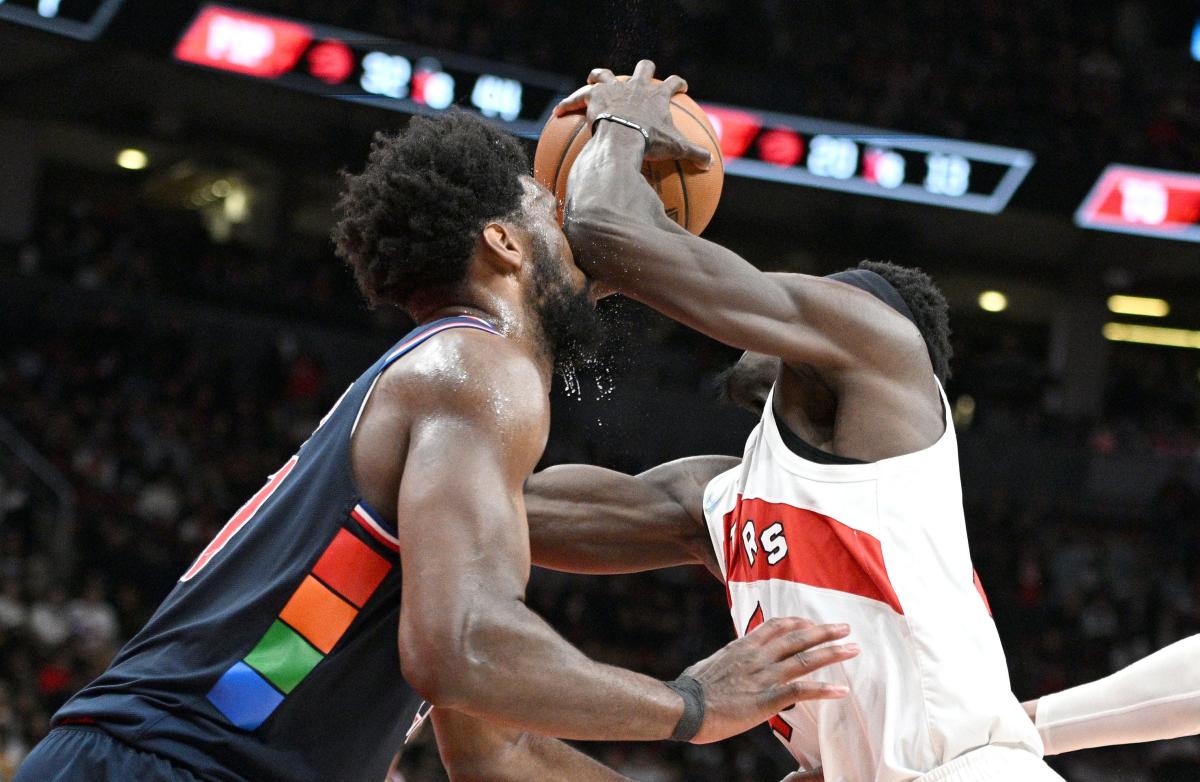 Philadelphia’s Joel Embiid is out indefinitely with an injury, and the Sixers’ MVP finalist had no business sustaining the injury in the first place.

Embiid should not have been on the court late in the fourth quarter with the Sixers up 29 against Toronto and about to eliminate the Raptors in Game 6 on Thursday.

But Embiid was in the game, sustained a right orbital fracture and concussion trying to defend Pascal Siakam, and his availability for the Sixers’ Eastern Conference semifinals series against the Miami Heat is in jeopardy.

Sixers coach Doc Rivers can defend his three series losses when his teams had a 3-1 lead. He can’t defend Embiid being on the court the Sixers ahead 119-90 with 3:58 remaining in the fourth quarter.

He did try on Saturday, telling reporters, “I’m not upset that he was in. You can make that a big deal if you want. But just go look at every team, and every game, and their guys are in until about the four, three-minute mark. That’s what it is.”

Embiid is already dealing with a torn ligament in his right (shooting) thumb. His health is paramount to the Sixers’ success, and their chance to win the East and reach the NBA Finals for the first time since 2001 depends on Embiid.

Embiid had 33 points, 10 rebounds, three blocks and two steals, and by the time four minutes remained in the game, Embiid should’ve been sitting on the bench, enjoying the end of a series victory and getting ready for his postgame interview.

The Sixers were up 110-84 with 7:29 left in the fourth, and there were plenty of stoppages between then and four minutes left to get Embiid out of the game.

Not many NBA leads are safe, and teams in this postseason have overcome 20-point deficits to win a game. But this was different.

The 76ers pulled away in the third and led 99-78 headed into the fourth. They continued to build on that lead, and the Raptors, playing without All-Star Fred VanVleet, were finished. They had nothing left, and up 115-90 with five minutes left, it was clear the Raptors weren’t making a comeback, and at the very least, Rivers should’ve subbed for Embiid with 4:48 left when Pascal Siakam picked up his fourth foul.

Most anyone watching the game knew it was over.

And for the sake of argument, let’s say the Raptors made a late-game run and cut a 25-point lead to 15, had Rivers removed Embiid from the game, he could’ve had him check back into the game. And if Rivers was worried about blowing a lead against the battered Raptors, that’s alarming, too.

SPORTS NEWSLETTER: Get the latest news and analysis in your inbox

There is already pressure on the Sixers and Rivers. They haven’t reached the conference finals since 2001. In the past five seasons, they have lost in the first round twice and conference semifinals three times.

Philadelphia had an MVP season from Embiid and acquired James Harden at the trade deadline. Even in a deep East, especially at the top of the conference, the Sixers saw a championship window open just a bit more. Now, it just closed a bit more.

While the Heat were small favorites to advance, it was expected to be a close, competitive series, and no one would have been surprised had the Sixers won.

That’s what happens when you take one of the league’s premier two-way players out of the game.

The Sixers are already thin in frontcourt depth, and this gives Heat center Bam Adebayo a chance to be more effective and versatile on defense.

And the situation was avoidable, too, had Rivers not had his MVP on the court in a blowout with more important games ahead.

This article originally appeared on USA TODAY: Joel Embiid’s injury was avoidable, and 76ers could pay the price

Wolves realize progress from 1st-round exit not a given