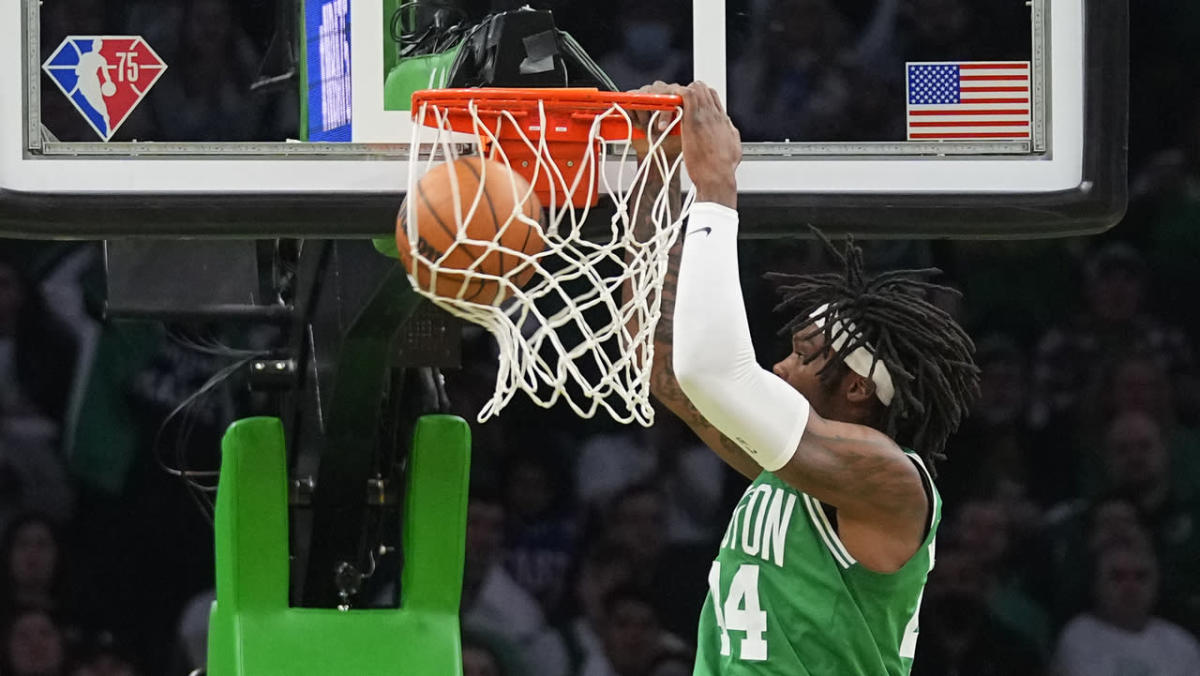 Unquestionably, the absence of Robert Williams III changes the outlook for the Boston Celtics in the upcoming NBA postseason.

Just how much have expectations shifted?

Appearing on Pregame Live on Monday prior to the team’s game against the Toronto Raptors, former Celtics center Kendrick Perkins presented a grim outlook.

“It takes them from being a title contender to possibly being out in the second round,” Perkins said. “Rob Williams being out affects the Celtics in all aspects.”

With Williams, Boston’s starting five featuring Jayson Tatum, Jaylen Brown, Marcus Smart and Al Horford had posted a ridiculously good plus-24.6 net rating in 2021-22 over 443 minutes together, easily tops in the league among lineups that have played at least 300 minutes.

Defensively, the five-man lineup with Williams recorded a 94.2 net rating, also best in the NBA.

“He allows the other guys on the perimeter to be aggressive because of his abilities to protect the basket,” Perkins said.

Time Lord hasn’t been a focal point of the offense for Boston, but he’s still averaging a career-best 10 points per game on 73.6 percent shooting, also the best mark of his four-year career.

“When you talk about being that lob threat at the basket to open up space for shooters and things to that nature, he affects the game,” Perkins said.

Even without Time Lord, with the way Tatum in particular has been playing, Boston still has the potential for a deep run in the postseason. How far of a run the Celtics can make in the postseason will ultimately depend not just on whether or not Williams returns, but on their matchups. There’ll be a sizeable difference in, say, drawing the Cleveland Cavaliers or the Brooklyn Nets.

If Time Lord can return at some point and play at the level he had been, though, Perkins is absolutely right: The Celtics are a title contender.