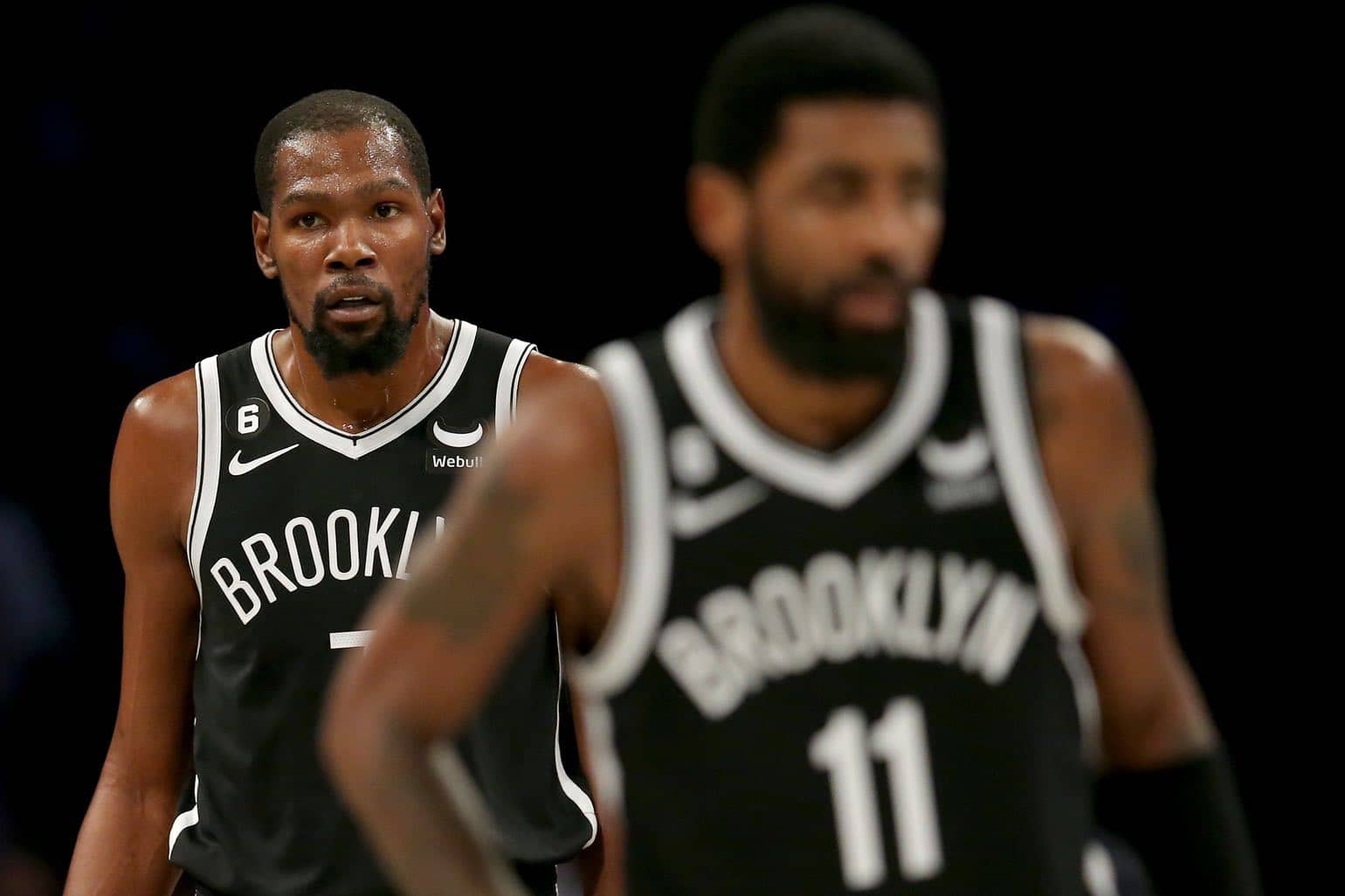 In an exclusive all-access interview with Bleacher Report, Kevin Durant opened up about his frustrations with the Brooklyn Nets on a number of levels. The Nets dealt with so much drama last season and the team was hoping to avoid that in the 2022-23 season. After seven games, the Nets fired head coach Steven Nash and about a week after signed interim head coach Jacque Vaughn to be their new head coach. Additionally, Kyrie Irving has missed the last seven games for the Nets due to a team issued suspension.

You can’t blame Durant for his frustrations. The team is the center of attention for the media and there’s always some drama going on. KD said he asked Steve Nash to change some things last season in practice that could benefit the team and Nash did not listen. Brooklyn are at a cross-roads right now. Their star player is not happy and may be done with all the issues surrounding this team.

“A lot of people say I’m not a leader because I didn’t tell Kyrie to get vaccinated…Or I didn’t condemn Kyrie for leaving the team…I’m not about to tell a grown-ass man what he can and can’t do with his own life and dissect his views or how he thinks about s–t.”

Kevin Durant opens up about his frustrations with the Nets

Durant spoke with Chris Haynes of Bleacher Report last night after the Nets were blown out by the Sacramento Kings 153-121. That was the most points the Kings has scored in 29 years.

“Ask Steve Nash, you can go call him right now. I would say, ‘Yo, I need more closeout drills. We need to practice more.’ That’s what I was on. I wasn’t feeling that, and nobody was on that same vibe with me. Jacque Vaughn is.” – Kevin Durant

Regardless of all the outside noise and speculation, Durant say’s he’s likes the way the team is being ran now with Jacque Vaughn as head coach. He spoke about how he wanted to be held accountable and also have teammates who were willing to give it their all to get a win like he does every game.

“I just like good practices, I like a good preparation, I like good energy, and we’ve been showing that, to be honest,”… “Coaches have been doing a great job, regardless of this loss tonight and last game. I think we’ve been preparing ourselves well. Guys want to win. We’re out there playing as hard as we can. That’s really what I need.” – Kevin Durant

He spoke about how he’s carried a heavy burden for the team the past two seasons with guys being in and out of the lineup. The Nets rely so much every game for Durant to play at his best and sometimes that is not the case. They just don’t have the same type of lineups that other teams have. Brooklyn has to work with what they have this season to try and make a run at the playoffs. First, the Nets need Kyrie Irving back to be at Durant’s side. No matter what you think of Kyrie Irving after his suspension by the Nets, he makes the team better when he is available. The question is however, when will Irving make his return?